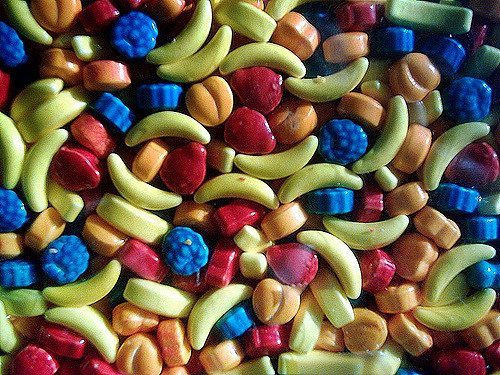 Growing older brings many expected challenges. The body may not work like it once did, the mind may not be as sharp. Social circles change. Growing older can also come with the benefits of transmitting wisdom, enjoying a new perspective and setting and completing new goals. However, while everyone ages, we don’t all age the same. What if the later years of your life were marred with fear because you were hiding a secret, one concerning the most intimate part of your life? For some in the LGBTQ+ community, aging bring a new set of challenges and rekindles old ones that can make it hard to express one’s sexuality.

SPECTRUM wants to change this. SPECTRUM is Kitchener Waterloo’s first Rainbow community space, designed to meet the needs of the growing (and established) LGBTQ+ community. Jim Parrott is president of SPECTRUM, and with vice-president Randy Farrell he saw the need for older adults to have a space where they could come and talk about their experiences while feeling safe and supported. To this end, they created an Older Adult Group that runs the first and third Wednesday of the month. This group is only a few months old, but it is growing and has a well-developed core of participants.

Fear and isolation are the two main problems Farrell says that older folks in LGBTQ+ community face. Forty or fifty years ago coming out could literally put your life and safety at risk. There were no community centres for the LGBTQ+ community and there was a lot of ignorance and misinformation surrounding what it meant to be gay, lesbian or transgendered. This same fear has stayed with many individuals, and while times may have changed, for many there remains a persistent fear of persecution.

One of the main sources of fear comes from assisted living environments, where LGBTQ+ people could potentially be living with those – or with those who remind them of people – who attacked or persecuted them in their youth. Memories of being fired, harassed or hurt for not being straight remain, and these circumstances can make it feel impossible to authentically express one’s sexuality. While Pierre Elliott Trudeau made strides by saying the government has no place in the bedrooms of its citizens, change has been a long time coming.

Isolation can be just as dangerous and damaging as fear. As we age, our social circles shrink as friends and family pass away. This naturally leads to a lack of support and feelings of loneliness and isolation, which can trap older adults by reinforcing a feeling that there is nobody there to come out to or who would accept their sexuality. Maybe one has already gone through a conflict with family members and was disowned, which still happens. Where does one turn when the support system you had dies or moves away? This is a real and present situation for many older adults.

Parrott and Farrell have tried to remove some of this fear and isolation by initiating the Older Adults Group at SPECTRUM. Many LGBTQ+ events are geared to younger people and can run late into the night. Farrell says that he and many other aging adults would prefer to have their nights in, and so the Older Adult Group caters to a time and space that is more convenient. Farrell and Parrott also have ideas to grow the group and provide entertainment that is more in line with an aging population. Instead of late night parties the Older Adult Groupl plans to have “teas,” afternoon gatherings with refreshment and lively conversation. One of the major points that Farrell restated was that SPECTRUM wants to reach out to older adults to get them involved in any way they are comfortable. It is all about feeling safe and welcome, no matter your age.

Of course there are problems with this as well. Many older adults are not familiar with social media, or have limited access to technology. Those in assisted living may not feel comfortable obtaining the SPECTRUM community calendar, or posting a physical publication where others may see it.

While fear, isolation, and difficulty in reaching the target demographic remain damaging and oppressive, Farrell is full of energy. He reminded me that while all of these troubles and social ills persist in many forms, the spirit of the volunteers, the SPECTRUM committee, and the bravery of those who use the space is really inspiring.

Farrell left on a high note, commending the one quality he admires most about the aging population: resilience. Older adults who find safety and support are some of the most welcoming people, he said, and their resilience is amazing. So while it may be tempting to dismiss an older adult group as being something for a very small section of the population, we shouldn’t. Older adults have always been story tellers and history keepers. They are the very people that help us move forward and not repeat the mistakes of the past. As we age, the world can look very different, but help and support continues to exist for LGBTQ+ people due to the hard work of SPECTRUM, their volunteers and their tireless committee.