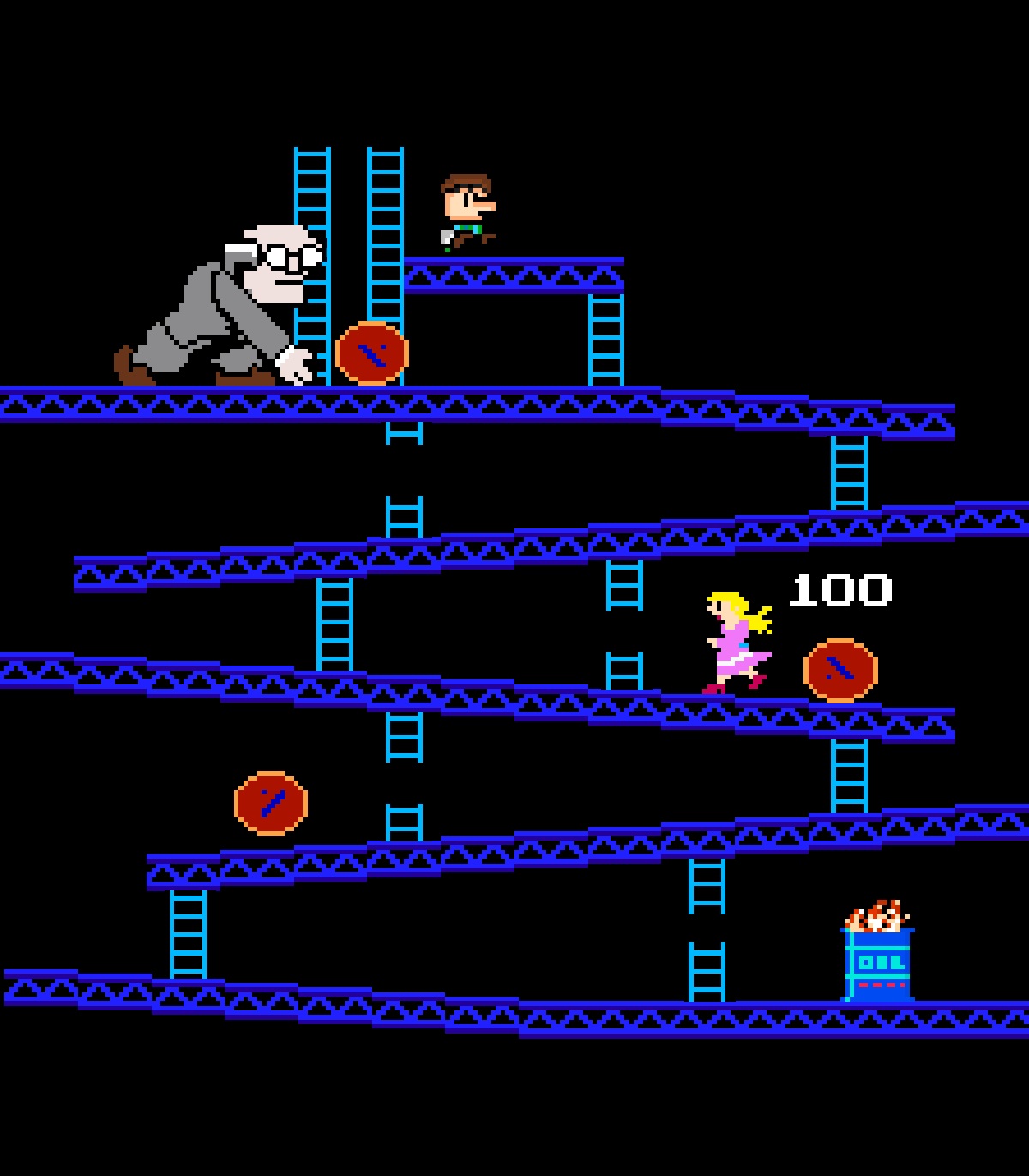 THe GI Janes are breaking down video game boundaries. Ready, player one?

A group of Waterloo gamers are hoping to change how women are portrayed and perceived in and out of video games.

Elise Vist, Emma Vossen and Judy Ehrentraut, three PhD candidates at the University of Waterloo, are the founders of the Games Institute (GI) Janes, an organization working to confront problems surrounding gender and gaming.

“I remember a distinct time when I was younger that I was the most shy about playing games. You get to an age and you care so much about what other people think of you and it’s crippling,” said Vist. “When I would hang out with guys and they would be so aggressive and mean, it would make me not want to play at all. I don’t think there’s a way to prepare girls to be able to deal with that but I do think there’s a way to teach boys [different behaviour].”

With women representing slightly less than half of the gaming population it’s a wonder that they are still perceived by a large portion of the community as less than equal.

According to the Entertainment Software Association’s 2013 Sales, Demographic and Usage data report, 45 per cent of game players are women of all ages. When you break down the demographics, you actually find that women over the age of 18 make up a big chunk of the market – just over 30 per cent.

And it’s not just an issue related to video game consumers. Women made up just 16 per cent of video game workforce in Canada in 2012, part of what the Entertainment Software Association deems a worldwide trend. Of that 16 per cent, only five per cent were employed in the technical field – those that actually develop the software for the games.

Look behind the statistics and you find shocking stories of harassment faced by women who work in the industry.

Jennifer Helper, a writer and developer who previously worked for Canadian video game developer BioWare, faced negative backlash when she wrote a blog post that suggested creating a game that allows players to skip through fight scenes in adventure games instead of skipping narrative cut scenes. Even five years after writing the post, she remained the recipient of death threats and calls for her resignation from BioWare.

In another recent incident, Josh Mattingly, founder of indiestatik.com came under fire for harassing a female industry veteran ,on Facebook. A screen cap of the conversation made rounds online, bringing to light the types of situations women in the gaming community sometimes face.

Trying to find out development information about a project from another studio, Mattingly aggressively extended offers of oral sex, so graphic that they were blurred out from the initial screen cap. .

“It’s the culture that needs to be changed,” said Ehrentraut. “There are people in the community who are strong enough to deal with the harassment and blatant sexism but it’s unfair that they should have to. Part of that change needs to come from the recognition that there are different types of ways to enjoy games.”

Part of the difficulty is that many video games still primarily feature male heroes and misogynistic tropes.

Of the top 20 games sold in 2012, none feature a female protagonist and few were designed with women as the primary audience.

Call of Duty: Black Ops II, Halo 4, and Assassin’s Creed III take up three of the top five games sold in 2012, all of which are male centric and focus on fighting.

“Women tend to enjoy and consume media by asking bigger questions about the subject,” said Vist. “I think that’s why narrative games appeal to women more than those where the primary goal is killing – there’s the chance to ask those bigger questions.”

Games that allow players to increase the scope of the world they’re interacting with and make emotional connections with their characters are labeled as ‘girl games.’

“The perception of a game is that it is gendered once it’s seen as accessible to a woman,” said Vossen.

The GI Janes are ready to give girls the opportunity to overcome the sexism, discrimination, and inequality they face in the gaming community by raising the profile on these issues.

“One of the biggest reasons why we want to do something like the GI Janes and why we’re so aggressive and vocal about it is if everyone realizes that this is a part of playing games for girls it feels like a natural way to make other people feel aware,” said Ehrentraut.

They are particularly well-suited to do this at U of W, where the number of young women applying to the computer science program has been increasing annually, creating an environment that is potentially rife with new, young female game developers.

“We still live in a sexist culture. Developers still need to work hard to make characters that aren’t just there to be props. Unfortunately, that’s going to be a really slow change,” said Vist.

“A huge part of that is having women working at gaming companies beyond development teams. More and more you hear about how being a woman and working for a gaming company is miserable because of the exposure to these issues,” said Vossen.

“We train women to the point where they are developers and programmers, and able to work on games. That only solves one problem though. They have the skills to make change but they don’t feel comfortable because the environment they work in is so hostile. As long as games are being made completely by men, and the culture doesn’t shift, nothing will change,” she added.

The GI Janes are also working to create an environment that allows anyone, at any skill level, to play and talk about games without feeling awkward or uneducated.

“With the GI Janes, we really want to push making it explicit. We want to encourage people to change the way they define the word ‘gamer,’” said Ehrentraut.

The Janes have hosted workshops at local events such as TriCon KW, a local comic book and gaming convention, where they encourage visitors to make their own games as a way to change perceptions towards gaming and game making. Using a template created by the University of Alberta, participants play a game that leads them through the development process. By the end, players have created ideas for up to seven different games.

”I think showing people that there are different ways to become game designers and enjoy games is really the way to change it. To get on the ground and interact with those people who are making that decision to engage in game culture is important,” said Ehrentraut.

In addition to workshops, the Janes are working on developing a blog where people of any skill level can review any game regardless of their background.

In the future, the Janes are hoping to give women a chance to explore their interests in a safe environment through more game building and programming workshops.

“It’s unfortunate that sometimes we need to have those female friendly environments but the rest of the world is available to men. We can’t separate the nice guys from those who are more judgmental,” said Vist. “Providing a safe space where women can learn and learn free of judgment is huge.”

Find out more at gamesinstitutejanes.com.