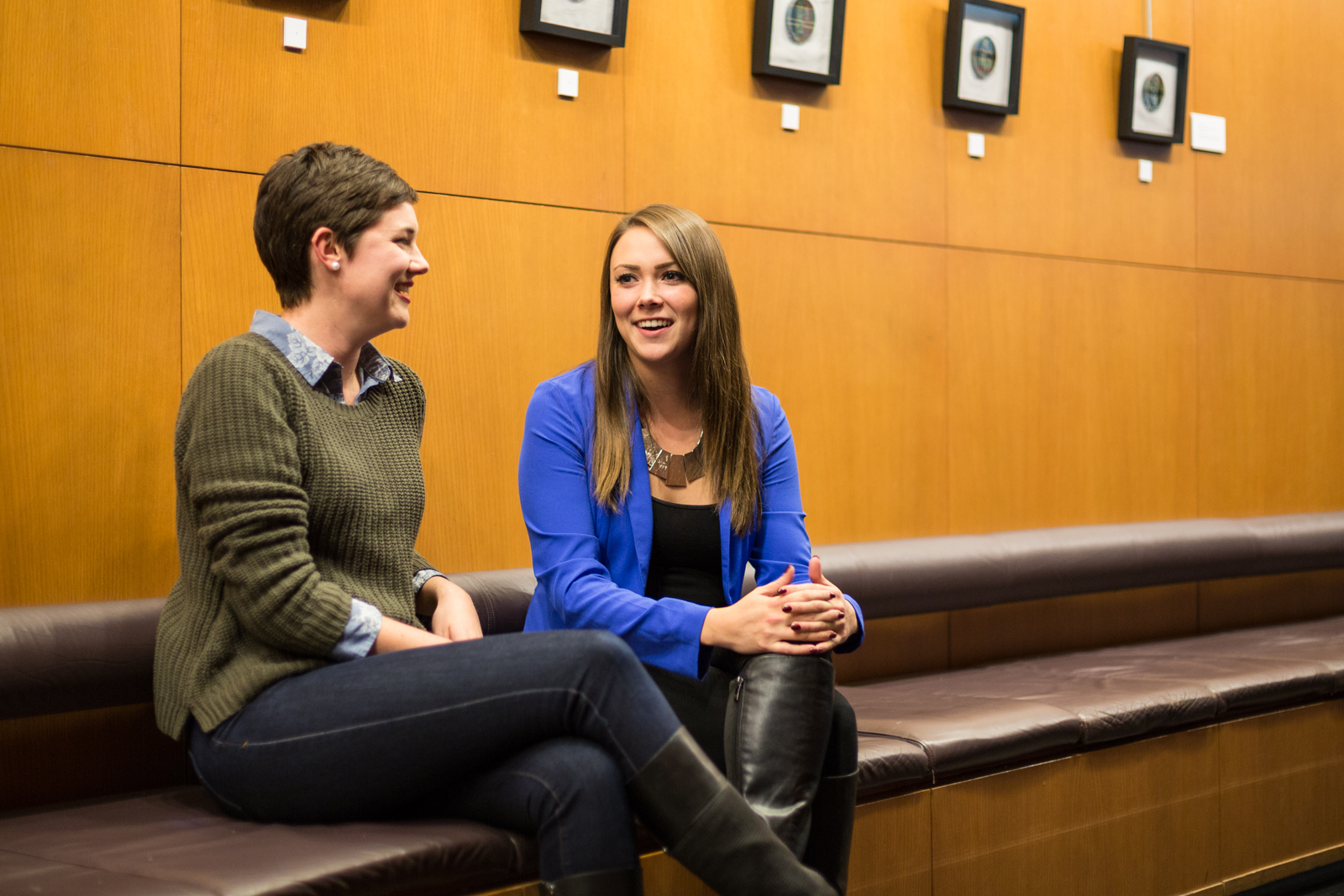 LOUDER THAN THE CROWN

It’s hard to be taken seriously in a crown. This sentiment is shared by Lindsay Kalbfleisch and Holly Pearson, Miss Oktoberfest 2014 and 2015, respectively. Both women had strong community-minded reasons for running, and both experienced the ongoing challenge of having their voice heard above their crown.

Miss Oktoberfest is a tradition engrained in Kitchener-Waterloo’s annual Oktoberfest celebrations. Originally a more traditional beauty pageant attracting women from across North America, the role is slowly but surely evolving into something else, and these two women are working hard to make that happen.

“You have to shout way louder about your intelligence and your passion and all those things when that thing is sparkling on your head because that’s all anyone sees,” Kalbfleisch said, referring to the infamous Miss O crown.

She’s grateful for it; in just over a year, the crown gave her access to a range of unique opportunities, including getting her, and now Pearson, on stages and behind microphones.

Kalbfleisch made over 200 appearances as Miss O, and says the role is two-fold: during and post-festival. “You look the part and you are pretty scripted. You have a message during the festival and the message is to encourage the community to attend family and cultural events and to make sure that everyone is ‘festing’ safely,” she said.

During the intense schedule of the festival, Miss O is often asked to speak, and her words must be on-message. “That’s fine and great, but that’s not what I want the role to be for the rest of the time,” Kalbfleisch said.

According to Pearson, “it’s hard because a lot of people in the community view it as a pageant. I think it’s unfortunate because Oktoberfest Inc. and the committees that work so much on [the festival] all year are really trying to put it into a different perspective, a new perspective and make it an ambassador program.”

“It gives you a lot of opportunity to have a voice in the community and to carry a story with you,” Pearson said. Her main goal is to connect with young girls and serve as confident female role model.

Pearson and Kalbfleisch both agree that, in the Miss O crown, young girls idolize them, and they want to make sure that they are being idolized for the right reasons.

For Kalbfleisch, staying true to herself was one of her biggest goals and challenges.

“I knew that to be Miss Oktoberfest, I felt, that I had to look the part and walk the talk and do that whole graceful girl thing, which is fine but it was hard for me to find my sense of self within that because that’s not the way I dress… grace doesn’t come naturally to me,” she says with a laugh.

There were moments when she felt she was pretending, and Kalbfleisch described how staying true to herself sometimes meant challenging the status-quo.

“You could feel the tension a little bit because when the smiling girl in the crown starts to push the box open a little bit, everyone gets a little ‘how far is she going to push this’ but I did some pretty unique-to-me things,” she said.

Kalbfleisch attended the OK2BME gay-straight alliance conference as an out Miss O. In the end she said she was always supported.

Kalbfleisch ended her time as Miss O at the annual crowning gala with a critical reflection on her year. Her advice to the next Miss O was simple: “As you step into the Miss O role, promise yourselves you will fight to be seen as more than pretty.”

Miss Oktoberfest is no longer a beauty pageant. Women like Pearson and Kalbfleisch want to make a positive impact in their community, and the crown and sash let them do that. But in order for the role to really grow, all of K-W has to get on board and look past the crown.

Megan is the editor in chief of The Community Edition.