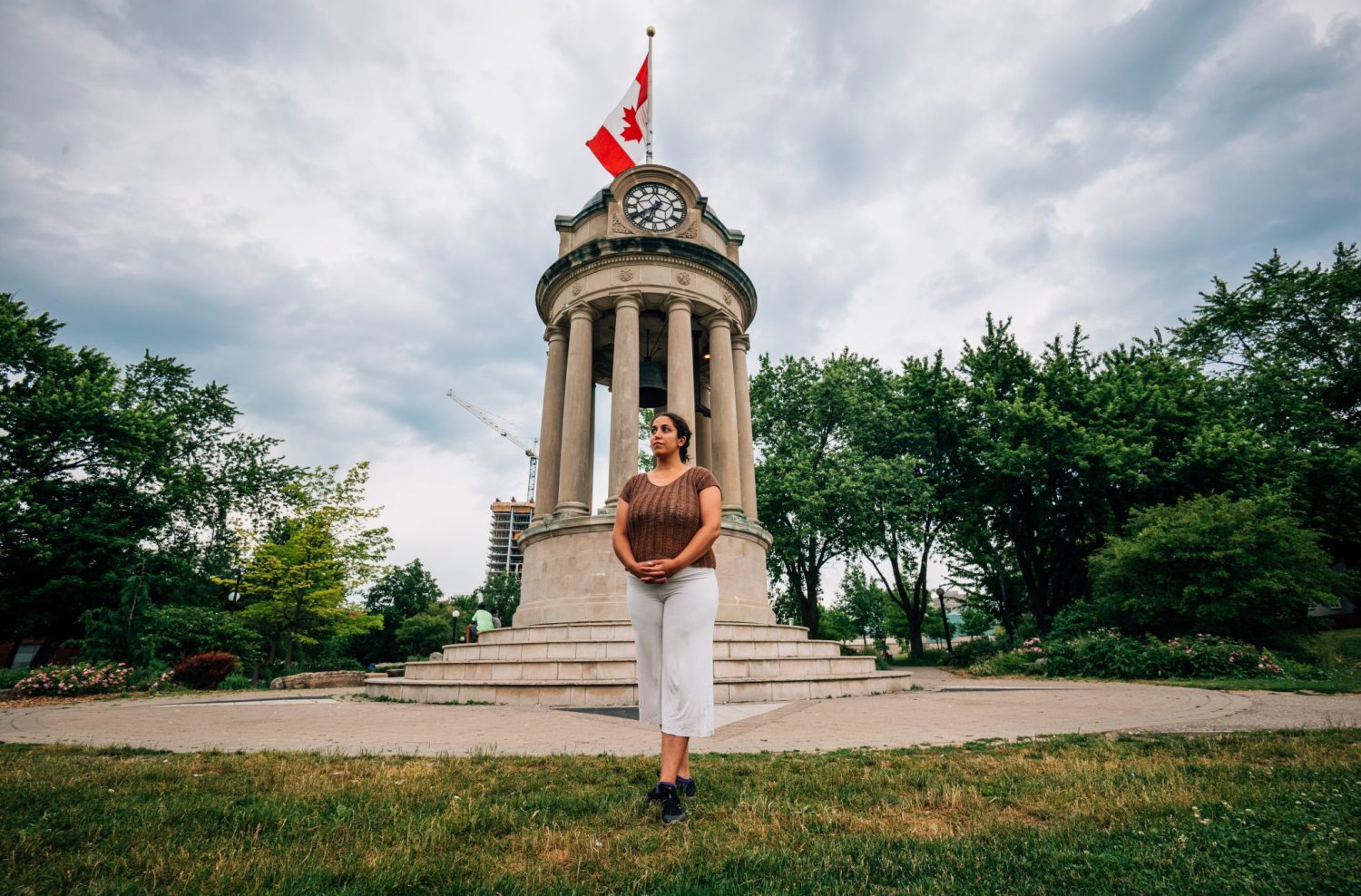 It’s been over 100 years since our city changed its name from Berlin to Kitchener following a referendum in June of 1916 in an effort to distance ourselves from German roots and become more ‘Canadian’.

Britain’s leading warlord Kitchener had just died in battle and suddenly his name was added to a revised shortlist of final name choices: Adanac, (Canada spelt backwards) Benton, Brock, Corona, Keowana – and Kitchener. His name won by a slim margin.

“He was being used in propaganda for the First World War because he was such a war hero and imperialist. They were praising that at that time, even though he used scorched earth techniques,” Jyoti Solanki-Davie said, one of the community members trying once again to gain momentum on this issue.

Although there have been several petitions to abandon the racist namesake in recent decades, none have been successful so far. Community members Solanki-Davie and Nick Roy are trying to enact another referendum to re-name Kitchener.

Our city was named after someone responsible for creating a concentration system that led to the deaths of almost 50,000 people over the course of one year. To uncover the full horror of the atrocities he committed, go to this article TCE published back in 2017.

“I think that especially in today’s climate, we could choose a name that was much more indicative of the people that are living here. Much more representative of the diverse group of people — not after somebody who invented concentration camps,” Solanki-Davie said.

She’s been in conversations with the MPP for Kitchener Centre and the anti-racism critic for the NDP, Laura Mae Lindo to find out what it really takes to get the ball rolling. According to Lindo, if they were to get a strong petition to approach the city with there is a possibility the city would open up a vote to the public on a new name.

“A big part of it is just having that conversation with the community and laying it out there very clearly. The name is painted with so much blood…why would you want to have that representation of what our city is about?” Solanki-Davie asked.

A few weeks ago, Nick Roy created a call for signatures on an online petition to open up another referendum to re-name the city. People across Canada are also calling for problematic statues of historical figures to be removed in the wake of worldwide protests against systemic racism, and many places and institutions are having their names re-evaluated and changed. Roy believes the time for Kitchener to change its name is now.

700 people have signed the petition to date, and people have been coming up with ideas for a new name. Among them, a few have gained popularity in online forums: Mega Cambridge, Conestoga, New Berlin and Grand River.

“I am personally in favour of a name change myself and I think most people are. In my opinion, a referendum would be the best way — where people can vote on whether or not they want to keep the name Kitchener or change it … rather than forced through a petition. I think that would be a lot less divisive and the most fair option,” Roy said.

Roy also said that many people are unaware of the atrocities Lord Kitchener’s committed and that he would like to educate the public, a sentiment echoed by Solanki-Davie. Both organizers believe that if more people fully understood who our namesake was, they would be opposed to keeping the name.

“If we are honouring people, should we honour Lord Kitchener by naming our entire city after him? That’s a big issue. Somebody who doesn’t necessarily deserve to remembered that way,” Roy said.

Solanki-Davie says they want to speak with people who are interested in having these conversations.

“… If you want to be a compassionate human being, let’s work together to make these changes.”