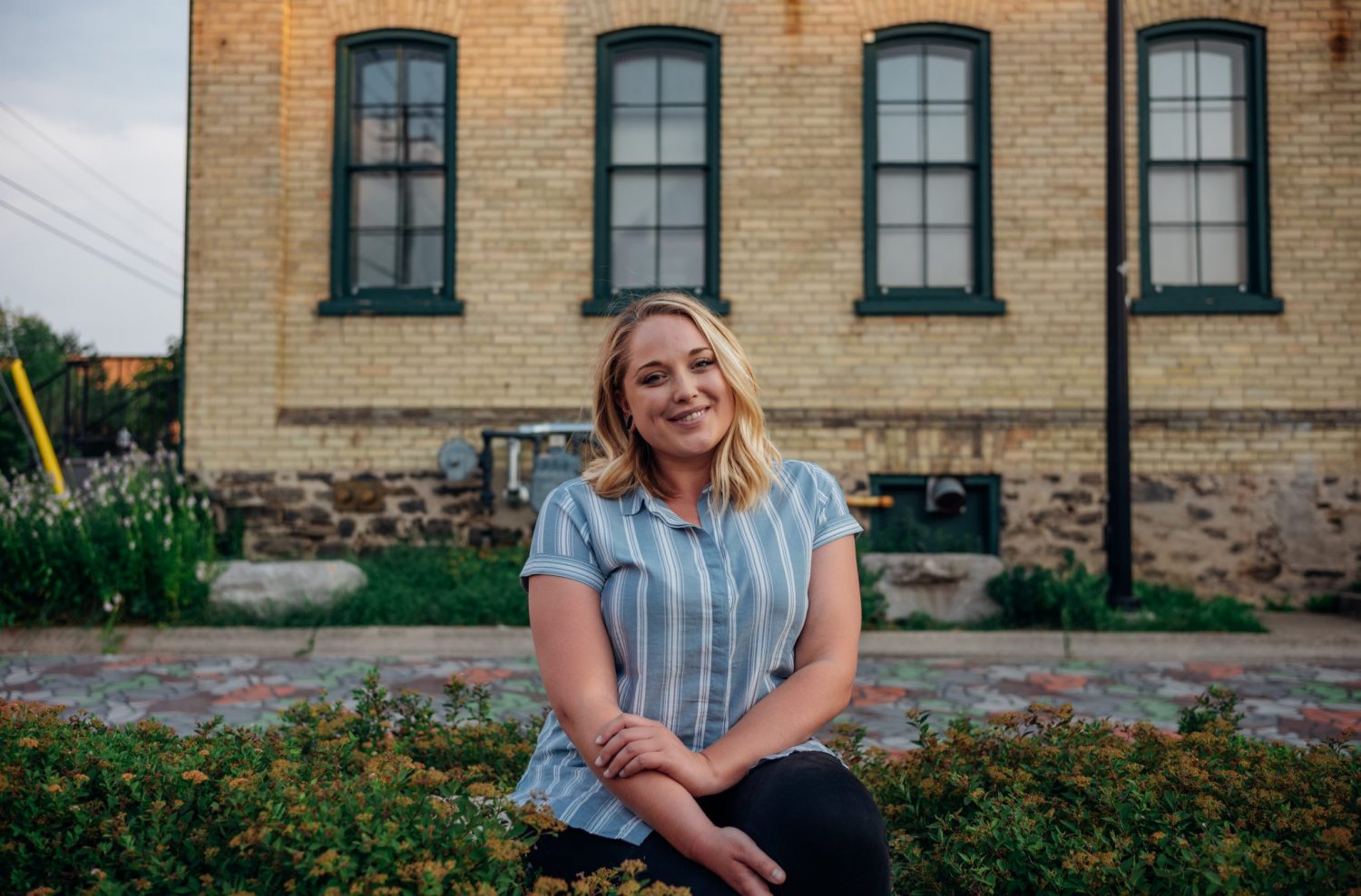 It’s a landmark in uptown Waterloo. The buttery yellow brick is decorated with an evergreen trim around the window panes. Standing tall on Regina St., S., tucked behind all the chaos of King St., lies The Button Factory.

Originally built in 1886 at 25 Regina St., the building was once, in fact, a button factory, owned by brothers Richard and Rudolph Roschman. Shell buttons were produced until the factory closed in the 1940s. The Roschman’s could no longer compete in the button market because cheaper, plastic buttons began to flood the marketplace in North America.

But the building’s manufacturing history did not end there.

In 1982, the building was designated as a historical landmark of architectural significance in Waterloo, and in 1989, the City purchased the building, with the interest of constructing a new parking lot adjacent to the factory.

Fast forward four years to February of 1993, when 100 people gathered at the Adult Recreation Centre in Waterloo to discuss the formation of Button Factory Arts.

Everyone in that room agreed that an arts centre was long overdue, so a proposal was sent to the City of Waterloo. Button Factory Arts was then given a three-year mandate to implement a self-supporting art centre in the old factory building.

In 1994, the art centre was established, and after a significant amount of cleanup, programs became open to the public.

Today, Button Factory Arts is a pillar in the local art scene in Waterloo.

The art space is broken up into four main components: a studio space where workshops and classes are offered, the gallery where exhibitions are hosted, a rental space which is used by different residential and community groups who often meet weekly in it (of course this was pre-pandemic) and finally, the gift shop where local artists and artisans sell their work.

“I would say that what makes us special and unique is that we offer something for everyone,” Allie Brenner, program director and designer at the factory said.

“We offer everything from kids summer art camp, youth and teen groups, adult classes and seniors classes, to community projects that are focused on intergenerational learning as well.”

A typical summer at the factory means it’s loaded with summer camps, with 30 children in the space. However, due to the pandemic, summer art camps have been moved online, with about five to ten children per week enrolled.

“We’re trying our best to … create an environment where kids can still learn and be creative. Obviously, it is different, and it does take a bit to adapt,” Brenner said.

The role that Button Factory Arts plays in the local art community is monumental.

“Our main goal is to produce artistic programming, and engage the community in creative learning, and art opportunities,” Brenner said.

The factory also plays a critical role in employing people who work in the arts within the Region.

Button Factory Arts employs artists through teaching opportunities, artist talks and performances — additionally by selling their artist’s work in the gift shop. They also hire a number of recent graduates and help connect artists who are just starting out in the arts and culture field.

“… we’ve been offering therapeutic opportunities to vulnerable members of the community, and we work with certified art and music therapists to offer this,” Brenner said.

The factory has partnered with organizations such as the Sexual Assault Support Centre Waterloo Region (SASC), YMCA and New Comer Women to Canada, to offer these programs completely free of charge to those who need it the most.

Brenner recalled a story about a project she had worked on with Reception House, where she was approached by some youth, who were new to Canada.

“They saw some of the work we were doing and they were so excited about the possibility of making a zine.”

Brenner was able to go to Reception House and held multiple workshops there. The youth were able to express their stories through these zines and work with watercolour and collage. For some, it was their first time working with these art materials.

“They were such wonderful kids, so inspiring and positive … and some of the things that these kids have been through, it’s just really difficult,” Brenner said.

Recently, Button Factory Arts has fallen on hard times as a result of closures and program cancellations from the COVID-19 pandemic.

“The community would lose access to the arts in uptown Waterloo in a big way [if Button Factory Arts were to close],” Brenner said.

“We are very much a community centre in the way that people feel that they can come to our building and talk about the arts casually.”

Go Fund Me campaign has been organized by one of the board members of the factory, with the goal of raising $10,000 to help cover some of the basic operational costs as the factory begins to re-open. They also have a tulip fundraiser, where you can support local arts directly and get some tulip bulbs for your garden.

Programming is set to resume at Button Factory Arts this fall. Second floor event space rentals will resume, with limited numbers of course, so social distancing is maintained.

Classes in sculpture, watercolours, drawing, writing and performing will be coming up, with registration opening soon.

The factory is also taking entries for an online exhibition called “The Once Unknown,” a photography exhibit juried by local photographer Mark Walton.

An elevator is also being installed in the factory to make the second floor accessible.

“… some of my fondest memories have been working as an artist with the Button Factory,” Brenner beamed optimistically.