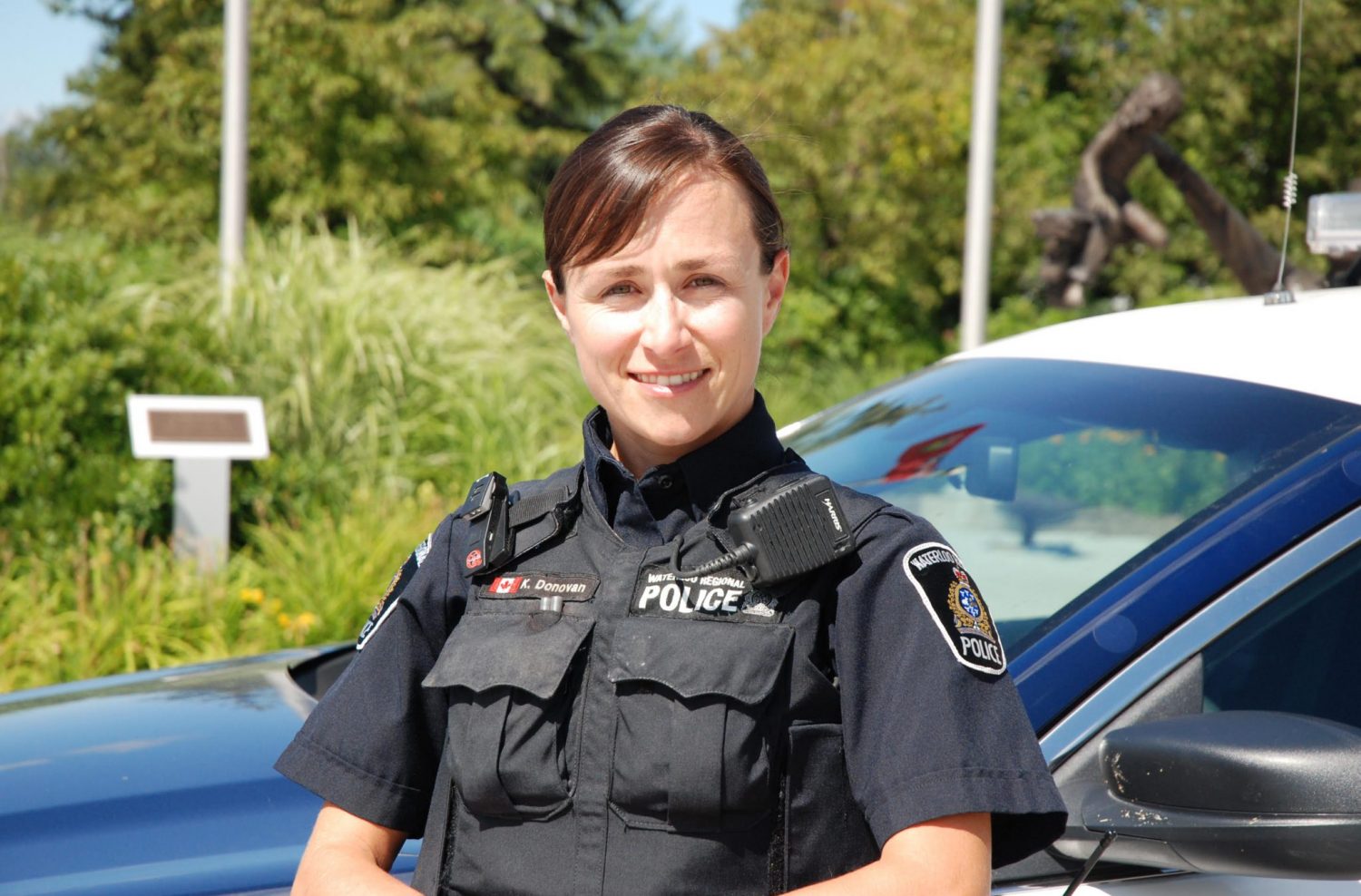 When former officer Kelly Donovan spoke against the Waterloo Regional Police Service (WRPS) in 2016, she never imagined that the next four years of her life would be dedicated to speaking out on systemic issues within policing and whistleblowing.

Now, with her second book, Police Line: Do Not Cross, Donovan is ready to open up her story to a new and wider audience.

“I think it’s always worth the risk to speak out than to have to live with [these concerns] for the rest of your life,” Donovan said.

Donovan is the founder and president of Fit4Duty, an organization that provides training programs for police oversight bodies and corporate management. But after allegedly witnessing problematic leadership and distressing concerns within the police force, Donovan officially resigned as a police officer in 2017.

What followed was a series of court dates and allegations on both sides. Donovan addressed her Police Services Board in 2016 with allegations of abuses of power within the police service.

By 2017, Donovan released her first public report, Systemic Misfeasance in Ontario Policing and the Coordinated Suppression of Whistleblowers, which uses publicly sourced information to outline the alleged problems and issues faced by those within Canadian policing legislation.

Donovan also went to the Ontario Legislature to share details about her experiences working as a police officer.

“It was never an attack against [WRPS], it was always with the intention of sharing my message that whistleblowers who take a risk in speaking up should never be disciplined,” Donovan said.

In 2018, WRPS allegedly brought up Donovan’s case in defence of the class action lawsuit. Donovan also claimed that details of her resignation agreement with WRPS, which was originally made confidential, were made public by the police force. According to Donovan, WRPS appealed her PTSD treatments, which she said the force was legally required to keep financially contributing to after her resignation.

“I’m living with PTSD as a result of my employment, and they didn’t even want to see me get care anymore, so it really struck a core of my moral injury that I suffered,” Donovan said.

Donovan later filed suit in court, which was shut down. Only a few months later, WRPS allegedly filed a case against Donovan at the Human Rights Tribunal.

“At this moment, they’re asking the Human Rights Tribunal to order me to stop talking about them,” Donovan said. “They don’t want me to sell my first book, but ultimately they don’t want me telling people about my experiences working there, and they’re willing to go to such lengths to achieve that.”

While the Ontario Securities Act’s Whistleblower Program has been in effect since 2016, Donovan stressed that the harassment and discrimination of whistleblowers are currently relevant in Canadian policing.

“I know there’s still people at work who know things and [have] seen things, and they just won’t speak up about it because they have families to support — they can’t afford to lose their income, and I sympathize with them because I’m in that position now,” Donovan said.

Currently, the feedback from Donovan’s new book has been a mixture of both positive and negative reviews from those within the Canadian police service. According to Donovan, reviewers who are associated with Canadian policing believe the information she is sharing should not be made public. Donovan, however, believes she needs to be transparent about her experiences working for the force.

“The police service represents the community. How can we not be transparent and expect people to trust us? That’s complete blind trust — that’s not going to happen,” Donovan said.

When asked if anyone should consider whistleblowing in their workplace, Donovan said that it’s always worth the risk, even if the fear of being neglected or persecuted is present.

“When you carry a burden like that, a moral burden [where] you know there’s something that you should say, but you’re not sure if you should say it, you should never [let] fear [stop you] from saying it,” Donovan said.

The Community Edition reached out to WRPS for comment, and Cherri Greeno, manager of corporate communications and public information, responded with a statement:

“… we have not read the book so do not know what allegations she is specifically referring to. However, I can tell you that the Waterloo Regional Police Service takes all allegations of any possible wrongdoing seriously and is committed to maintaining a safe, equitable and respectful workplace. Our Service has progressive policies, procedures, and training to ensure any allegations are dealt with in accordance with the law.”

“In regards to your question about legal fees, I can tell you that various legal accounts have been paid in connection to responding to various court/tribunal matters commenced by Ms. Donovan and to bring matters before the courts/tribunals to address actions taken by Ms. Donovan.”