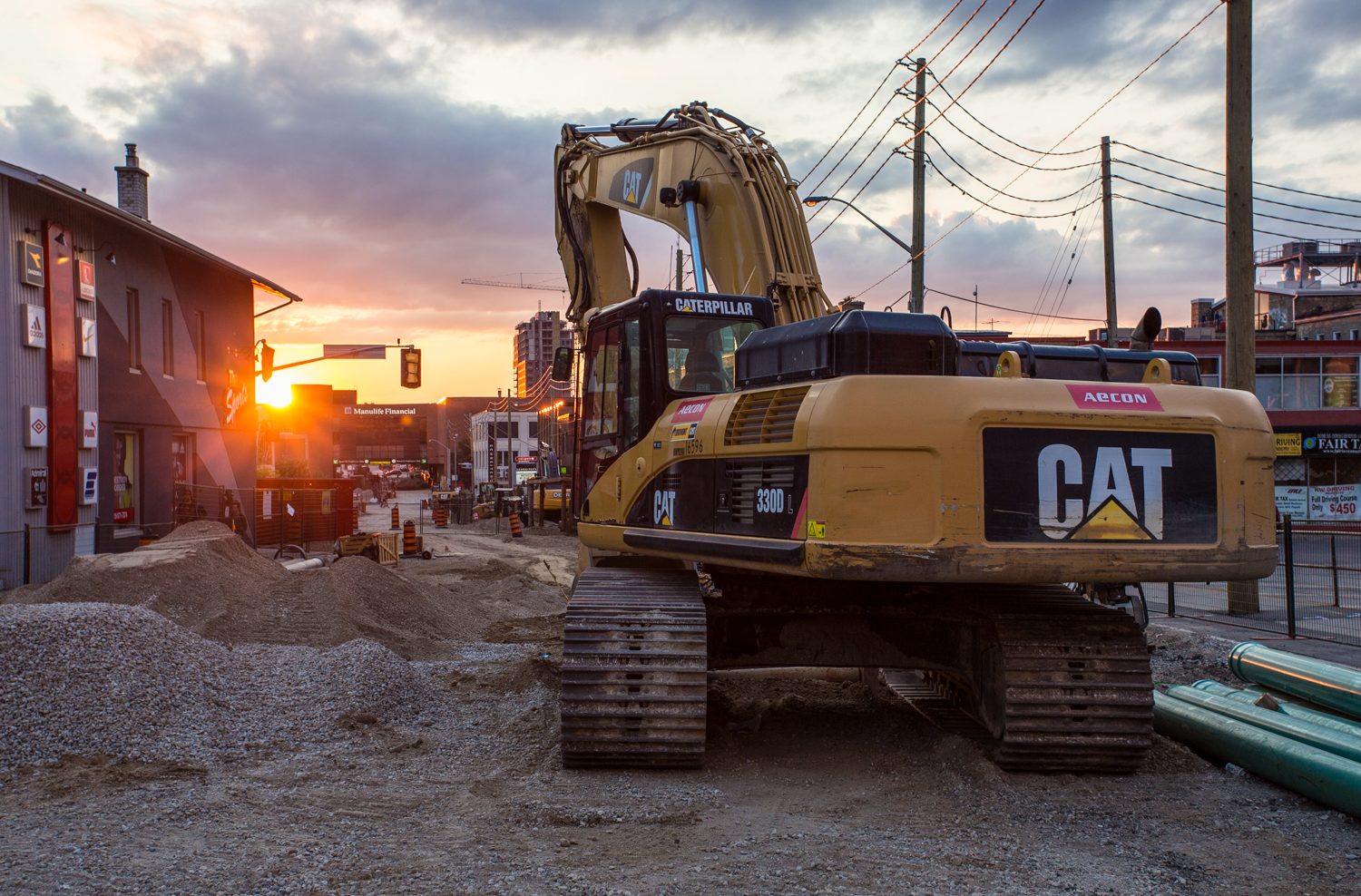 In this series, we’ve talked with the people who have implemented ION Light Rail Transit in the Region of Waterloo and we’ve talked to people who marvel at its vision to connect communities. That’s all well and good but it’s not exactly representative – what about individuals who are living through it?

This month, we chatted with downtown’s Tina Riddell, owner of Living Fresh Flower Studio & School, and Helena Kwiecinski, owner of StylFrugal Consignment Boutique, to hear how small, independent businesses are fairing during a heavy construction season and whether or not they fear closure like some of their neighbours.

TCE: What’s it like owning a business in downtown Kitchener?

TINA RIDDELL: It’s great. It has its challenges, but we love being part of the community and the other business owners are very supportive.

HELENA KWIECINSKI: It’s a love- hate relationship. I absolutely love be- ing here but currently the downtown is struggling a bit. So that’s extremely frustrating. [It’s hard] to try and build a business with all the chaos of what’s going on out there.

TCE: Would you say what’s happening on the street is a direct result of ION construction or that it’s a mentality issue that people have with downtown Kitchener?

HK: It’s tough to determine what the problem is. I think a few months ago there was a trend with a lot of stores closing and a lot of business owners putting the blame on LRT construction. Whether or not that was the real reason or it’s just declining sales over the past years, I don’t know.

TCE: How familiar are you as a business owner of the impacts that ION will have on the area?

TR: Pretty familiar with the impact it’ll have. I think it’ll be a positive addition to the community once it’s up and running and there are passengers on it. I think it’s a long process for what it is. I was shocked to hear from one of the consultants from GrandLinq that they will be testing the train for a year before it has any riders. That shocked me – I don’t understand how it takes an entire year to test the system but apparently that’s what they plan on doing.

TCE: What kind of challenges are you facing currently during construction?

TR: Well, definitely a loss of business because there is less foot traffic and there are less people getting around downtown. People are avoiding the downtown core because of the construction. One trip down here and they see the mess and they get it in their heads that it’s not worth it to come back down. That’s what we’ve heard in conversations with clients.

TCE: On a regular weekday, what is your foot traffic like now given ION construction?

HK: Honestly, my sales are increasing so there are no negative effects of ION construction. However, it is happening two blocks south of me. Once they finish there, they’ll be doing the construction on Duke St. So I think that might have a bigger effect but it’s hard to say.

TCE: What kind of things could the City of Kitchener or the Region of Waterloo do to help businesses like yours?

TR: I know they’ve tried to do a lot. Construction is construction – it doesn’t matter if it’s ION construction. It has a large impact on small business. What I had asked for before construction had started – because
it is an invasive construction and it does impact such a huge part of the downtown community – was for free parking. That is one of the biggest issues for people coming to downtown Kitchener to shop.

HK: It’s a tough question. The Region has been good in trying to get in touch with business owners to tell them what’s happening so that we’re informed. Whether you would call that supporting us, I’m not sure because I don’t know if there’s any tangible support from the region. The BIA’s position is a bit more reactionary versus helping us from the get-go. Right now they’re trying to get their act together but a lot of businesses are already suffering so it’s a little too late. Other than a financial bail out, I don’t know how the Region or the City or the BIA could really help any business. What I find helps businesses in downtown Kitchener, and you find it in uptown with Words Worth Books and their summer alley event, is when businesses brainstorm together to come up with creative ways to get people out to shop and not necessarily rely on the BIA, Region, or the City, and the reactionary response.

Note: We contacted the Region of Waterloo for comment regarding the trains running for a year prior to transporting passengers. They sent along this statement for clarification.

“It takes 6-9 months to test the vehicles and make sure they work with all the signals and crossings, etc. I’ve heard other places have it take up to a year, but ours is scheduled for about 9 months. During this time we’ll also be putting the finishing touches on the ION stops, landscaping, etc.”