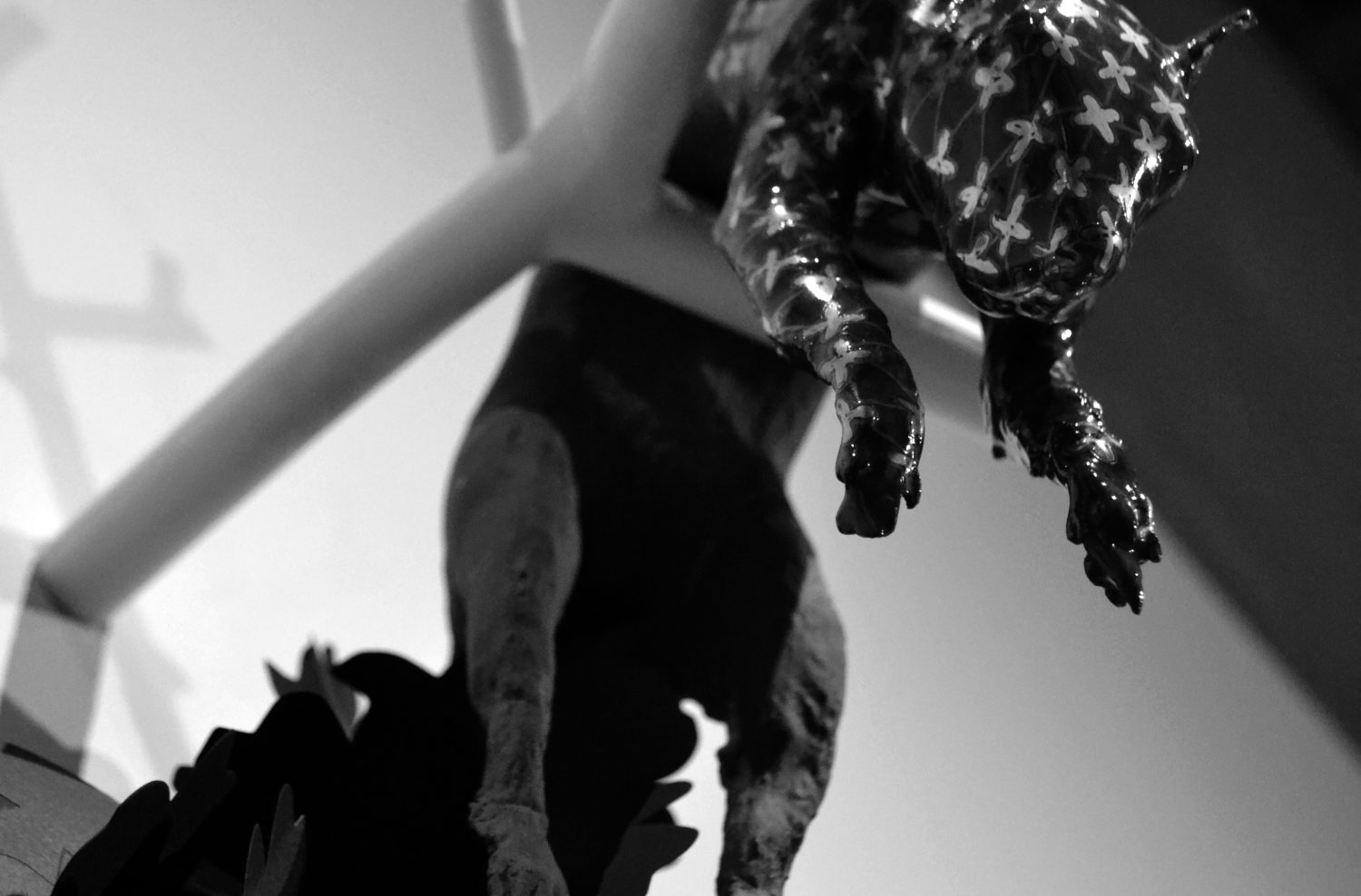 The art world has met its new and most revolutionary artist: technology. In the newest exhibition at The Clay and Glass Gallery, Art-O-Matic: Art Meets New Technologies, artists, such as Neri Oxman, Susan Shantz and Claire Brunet, portray all the form and imagination that 3D-scanning and printing can offer.

While walking amongst the photos, figures and sculptures that are featured throughout the exhibit it was difficult to fathom how a machine could assist in the construction of such intricate and colourful pieces. Thankfully, the machine that did was dead centre in the exhibit.

The MakerBot Replicator whirs quickly and efficiently, carving a frog figure. While watching the carriage moves across the plastic, it is difficult not to imagine the forethought required to design such a piece and program in order to make the complex sculptures displayed throughout the room.

Frogs soon jumped again into view. Shantz’s works, having been inspired by Japanese ceramics, include a crown of frogs created through 3D printing. By scanning a teapot, Shantz was able to extract only the animals and natural adornments on the teapot and design a program in order to create a ring of frogs and flowers. To see the method in which the crown was formed allows the viewer to converse with the artist and see the inner workings of not just the machinery but the mind.

The gallery displays the beauty of sculptures both large and small. Guillaume Lachappelle’s sculptures, though miniature in size, are expansive in both meaning and detail. The Livre is eye-catching as a novel housing a never-ending hallway full of books and information. The elaborate detail given to each shelf and book to vary in size, shape and depth brings reality to such a fantastic work of fiction.

Striving to display a ‘micro-universe’ full of realism and illusion, Lachappelle uses epoxy and plaster to create stairs that lead to nowhere and a balcony standing by the mere strength of pipes and joints. The beauty of these pieces is found in how close they mirror reality and yet allow the imagination to wonder where those stairs could lead or what the hallway could hold.

Brunet attempts to balance technology, humanity and nature with The Salmon Project. One of the larger of the pieces displayed, the two fish wearing the word “vulnerable” are housed in a separate room. A projector gives the illusion of the grey scales of the fish, videos of fishermen catching fish and swimming in the river.

While walking around the dark room watching the smiling fishermen hoist up their fish with pride, the technology used to create the pieces became insignificant. The sculpture was art. The technology was only a new medium, like paint or clay, for the art to use and manipulate in order to open new doors and display art that can please both old and new admirers.