If Streets Could Talk: Goudies Lane 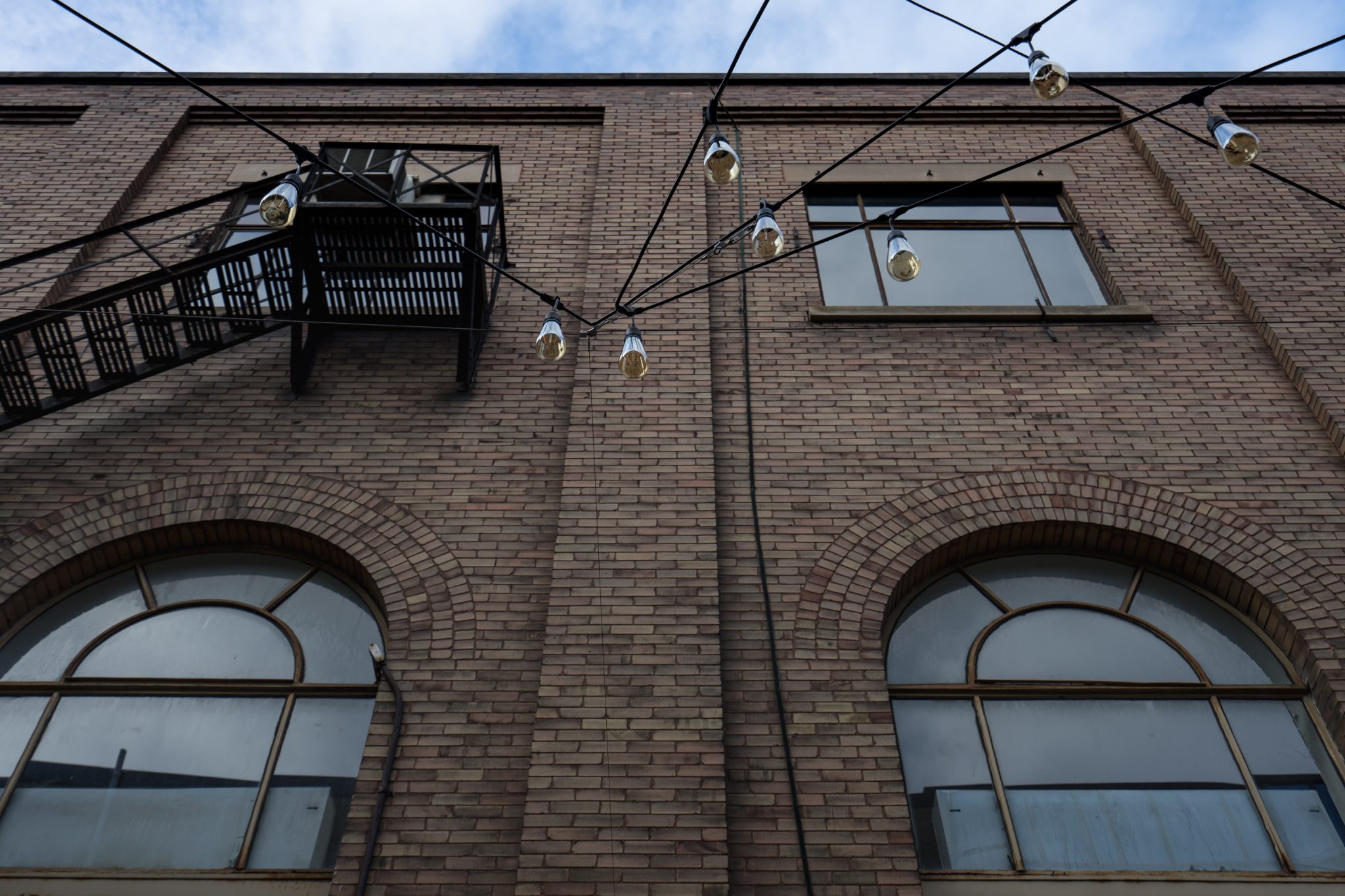 What’s KW’s best kept secret? Admittedly the few occasions I’ve been asked this question I dropped the ‘Kitchener’ portion of KW and tossed my lot in with Waterloo. I’m solely blaming this on the fact that I went to high school in Kitchener (go Gaels) and thus am forced to block out the entire city as a means to survive the traumatic memories those four years provided.

It’s only now that I’m slowly beginning to appreciate the city for what it is. Which is, beautiful in its own chaotic way. Walking through downtown Kitchener, it’s easy to get lost in all the businesses that shouldn’t blend so easily together, yet somehow do.

It’s a place where there’s something for everyone, and it’s in this whirlwind that a community has grown into the roots of Kitchener, making the city what it is.

So, with my newfound admiration for Kitchener clearly stated, what’s its best kept secret? While this question is subject for debate, I think it’s Goudies Lane.

If you’ve never ventured down to this secret haven, it’s a corridor, which stretches from Queen St. N to Ontario St. This public space has only recently become a site to see but has always been steeped in local history. 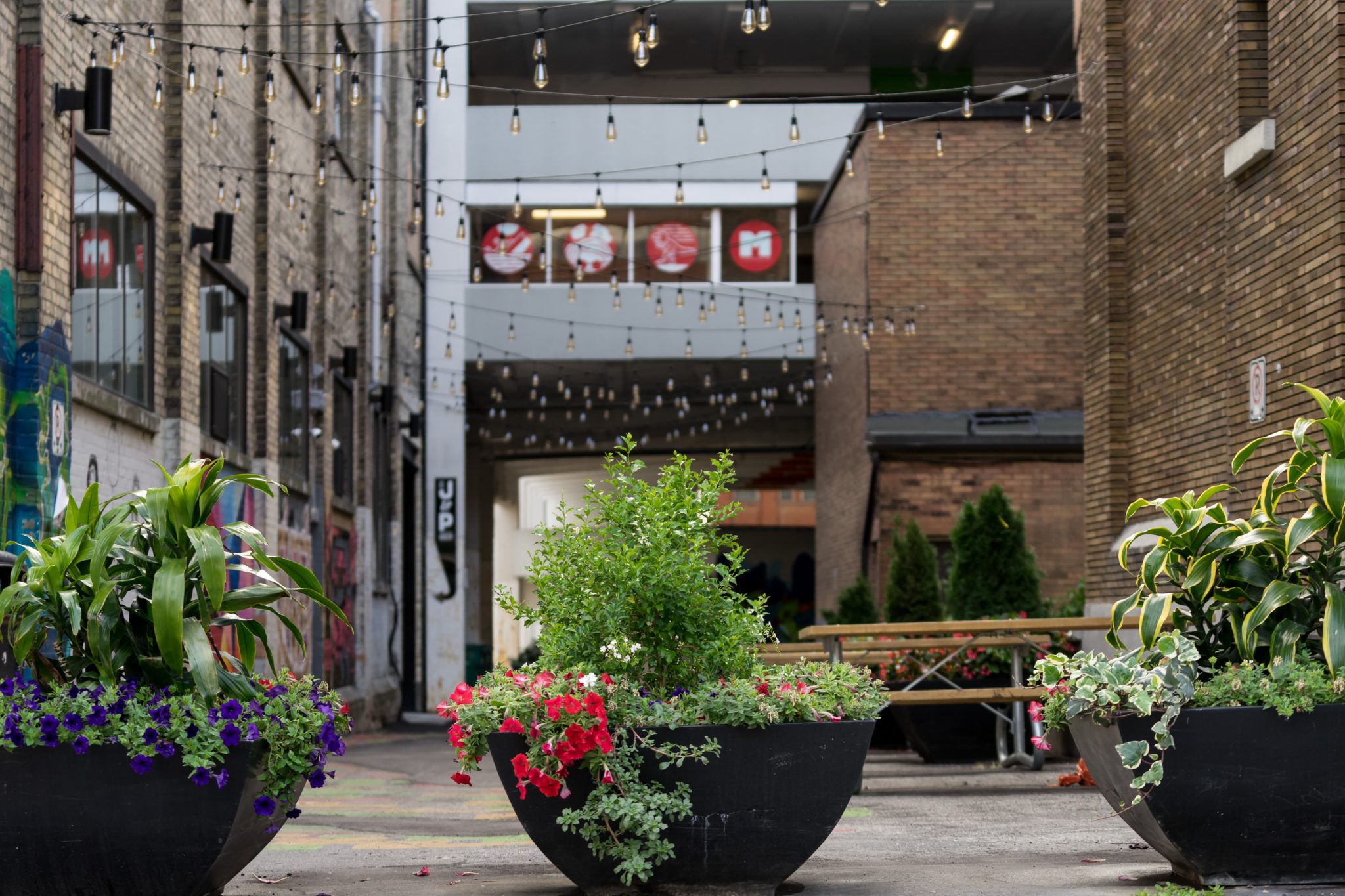 Goudies Lane’s story begins in 1828, when the ancestors of entrepreneur Arthur Russell Goudie first settled and began to build in what would later become Waterloo. So, it’s safe to say that Goudie, born in 1884, was a real “locals man.”

He moved to what was then called Berlin, now of course our beloved Kitchener. It was there, in 1909, Goudie met his wife Alice Weseloh, whose family helped Goudie create his famous department store.

Though originally co-owned with his father-in-law, after a fire destroyed the original store, Weseloh-Goudies, Ltd. and its stock, Weseloh Senior stepped down and Goudie rebuilt using solely his name. Goudie became known for being the founder of one of western Ontario’s largest department stores: Goudies, Ltd. He later went on to serve on Kitchener city council in 1931, before dying in 1960.

Goudies Lane, itself, was dubbed such as it was the docking area for Goudies, Ltd. Though the department store officially closed its doors in 1988, if you venture down there today you can still see preserved signs painted onto what is now the wall of J & P Grocery.

“When we chose this space, we were aware of the plans for the lane-way,” Sarah Pepper, who owns J & P alongside her partner John Kent, said. 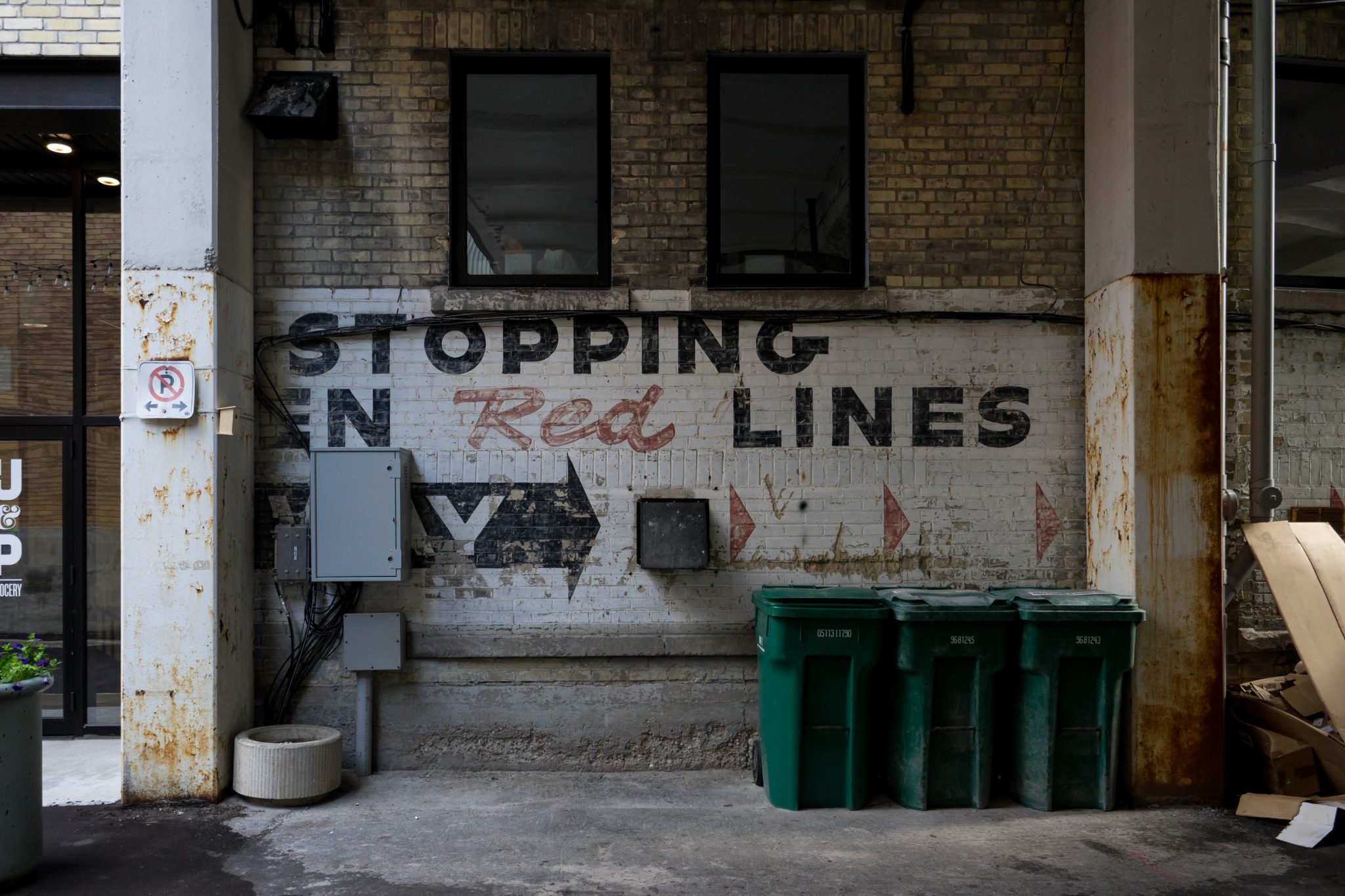 “Though none of them were set in stone yet … that was really exciting to us — that kind of European or Old Montreal feel. These tiny nooks in the city, almost like havens.”

A haven is exactly what Goudies Lane feels like. With beautiful lights dangling between buildings, local artists’ murals painted on the bricks and picnic tables to sit at, it’s like stepping out of the city and into a place where time can just stop for a little bit.

And if you haven’t noticed from the construction that has taken over DTK, the revamping of Goudies Lane was the first step in the City’s process to create more community geared environment. The city has embarked on “Placemaking Plan” that centres around Queen St.

“It’s become a real place that I think Downtownies feel a sense of pride in. The murals — particularly Stephanie Bourtari’s geometric piece — [act as] a destination for people [sic]. I think over time this leads to a greater sense of pride and accountability for the broader downtown,” Hilary Abel, manager for the downtown community development in Kitchener, said, explaining why it has become so important to create these community spaces.

“As a pilot project, it’s been an overwhelming success — the two neighbouring building owners have been amazing to work with … we’re excited to formalize it as a pedestrian-first space with the 2019 redesign,” Abel continued. 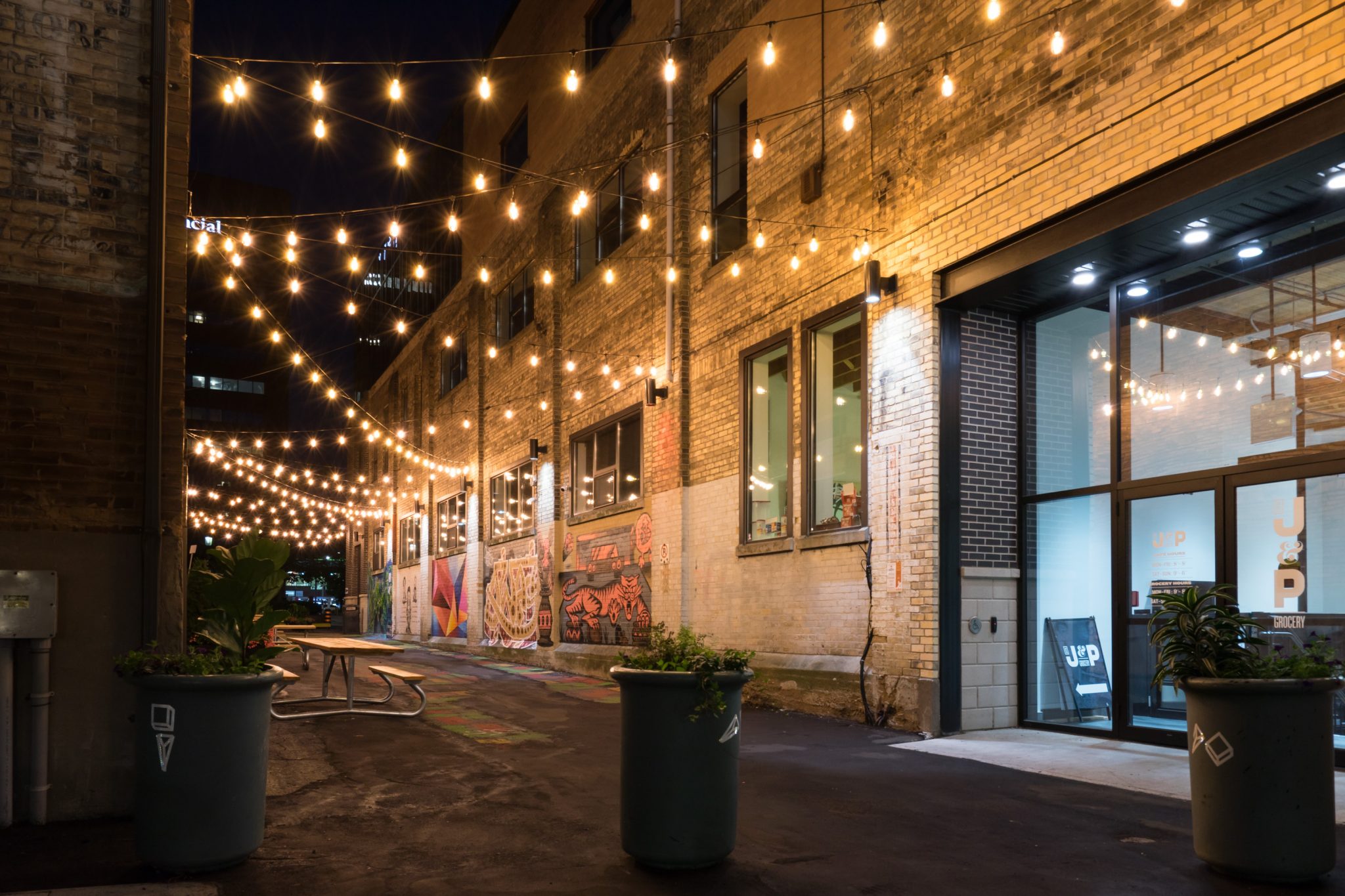 Abel explained that Goudies Lane looks to give a new life to the anchors of the corridor. She described it as a “people place.”

Last summer was the first summer Goudies Lane was in full action, with public parties held the first Thursday of every month. However, this year, alongside the Ontario street party, Goudies Lane will be showing movies, in collaboration with Apollo Cinema.

Over the last seven years, independent businesses and grassroots organizations have slowly emerged in Kitchener and through that, a new community is being built. 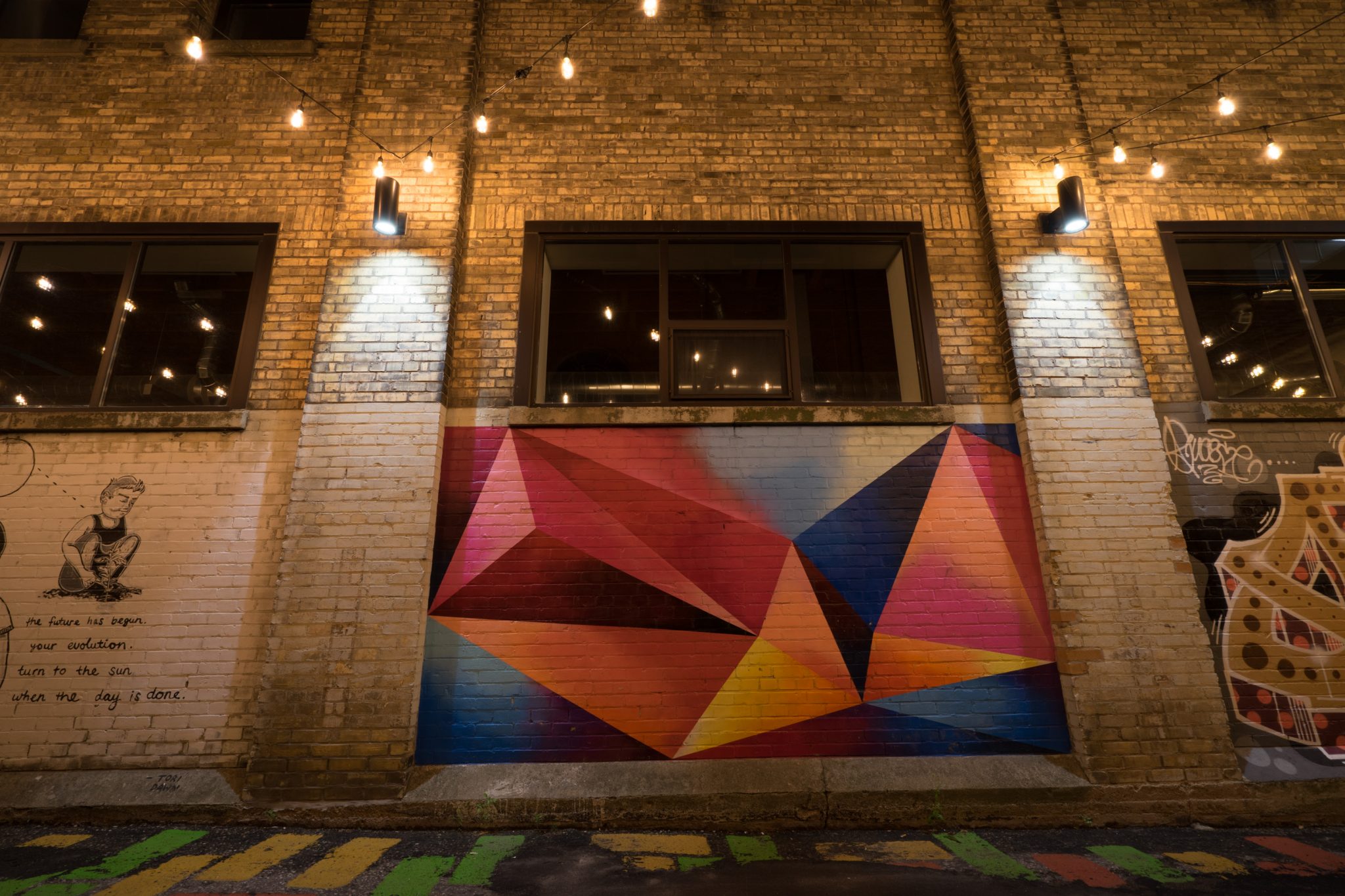 “I think downtown Kitchener is doing a great job of really keeping it local and having that community. Additionally, I think all the businesses downtown here, are really supportive of one another and I really appreciate that too.”

As the tri-cities become more connected, and Kitchener continues to grow, having community spaces unique to our city’s history, creativity and beauty are becoming more important. When A. R. Goudie ran his department store, he did so with an unyielding focus on the community he served. He seemed to genuinely love the Region, wanted it to succeed and did everything he could to help aid in that success.

So, it seems fitting that Goudies Lane is upholding the notion of community connectedness. That is, after all, what Goudie himself would have wanted.