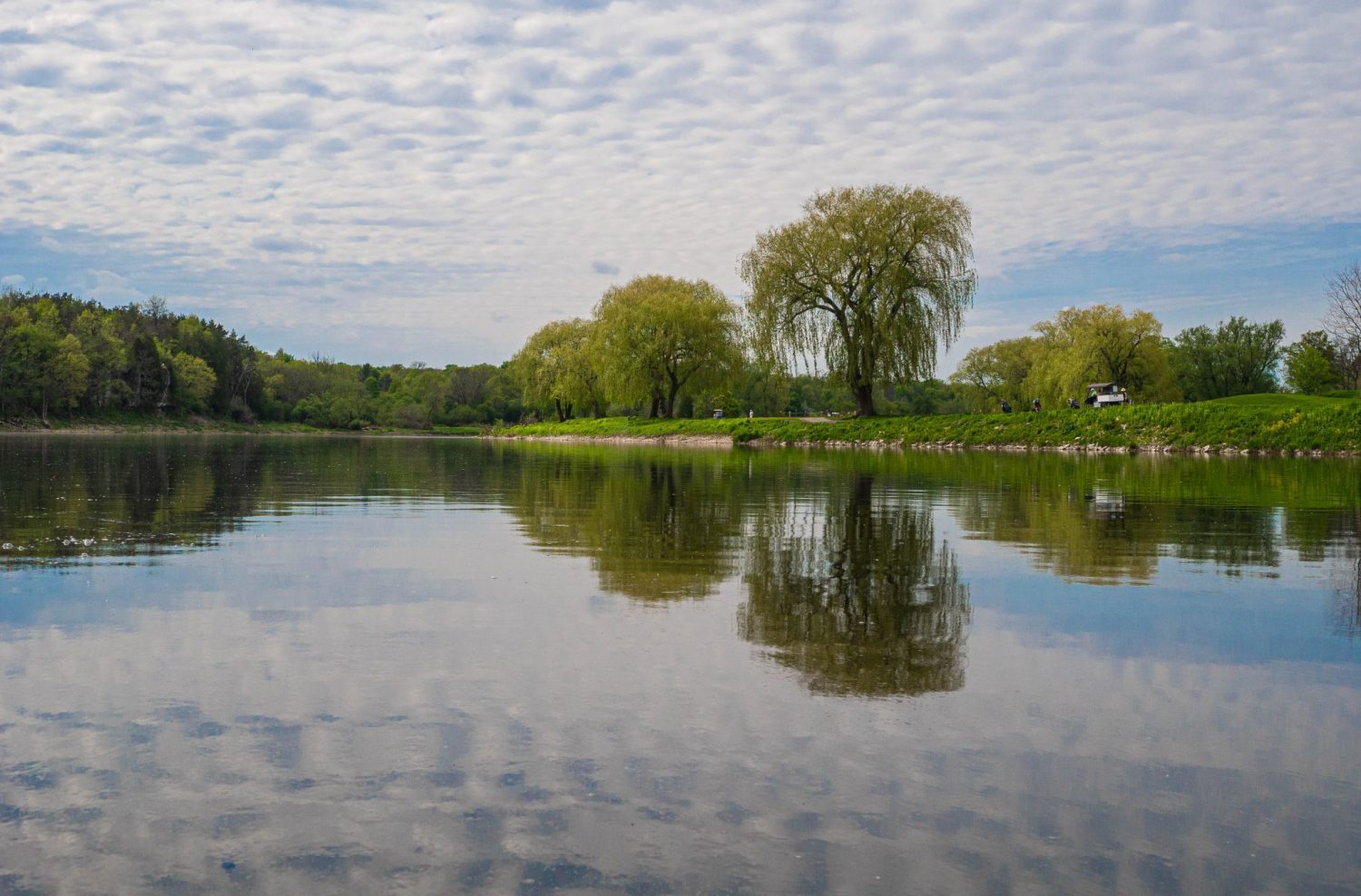 Hyperlocal Travel: Take me to the River

“As much as possible, we’ll stick to the left side of the river,” Gary Berger advises me.

“That’s the natural course of the river so the water is deepest and the current is stronger.”

With this direction and a click of my lifejacket we flopped our behinds into two bright red river tubes waiting for us at the grassy edge of the Grand River. We launched ourselves into the brown ripples to float eight kilometres from Moyer’s Blair Landing (Fountain Street, Cambridge) to Riverside Bluffs on the edge of Galt.

Berger, co-owner of Tubing the Grand, alongside his daughter Julia and wife Amanda, has floated, kayaked and canoed this river hundreds of times — but I’m seeing it from this vantage point for the first time.

The Grand River is a pretty lazy river during the summer but we bobbed and twirled and coasted at four km/hour due to the rainy spring this year. By mid-summer, the river slows to almost two km/hour.

Either way, it’s the perfect speed and viewpoint to watch the river activity. Red wing black birds trilled in the reeds while swallows dipped and skimmed above the water’s surface. Great blue herons whooshed up from the river bank as we approached and Canada geese herded their goslings on the grass islands when a lazy current circled us too close for comfort. At one point, a curious family of peeping ducklings trailed along behind my boat until their parents collected them from danger.

Despite some distant hum of road traffic and lawn mowers, floating down the river is a delicious, leisurely way to spend three hours on a sunny afternoon. It’s so relaxing and peaceful I could have read a book or pulled my hat brim down to catch a short nap. But honestly, I couldn’t do it, I didn’t want to miss anything.

This stretch of the Grand River passes by Cambridge parkland, a golf course, some private homes and the protected landscapes of rare Charitable Research Reserve. I had no idea there are limestone cliffs that serve as bald eagle habitat along this section of the Grand River; but there they are, stretching 12 metres above me, dripping with ferns and waterfalls.

Tubing the Grand, which just opened in May 2019 provides the very stable (and comfortable!) river runners, lifejackets, paddles, a dry sack for your keys and phone and a map of what’s around you on the river. They also provide a taxi voucher to get you from Galt back to your car at Moyer’s Blair Landing. For $35 plus tax, it’s a perfect gateway to explore a blissfully peaceful view of our Region.

After visiting international cities located on rivers or waterfronts, I often decry Waterloo Region’s lack of water access and our ‘land lock-ed-ness.’ But, the more I think about it, I realize that Cambridge has the best access to water in our Region with two major rivers – the Grand and the Speed River – winding through the communities of Blair, Preston, Galt and Hespeler.

Anyone who lives there has direct access to it daily.

If tubing isn’t your thing, try riding your bike along the Mill Run Trail that follows the Speed River from Riverside Park in Preston all the way to Jacob’s Landing at Mill Pond Park in Hespeler (6.5km one way). Pick up some picnic goodies at the shops in downtown Hespeler and lounge away the afternoon by the water.

In downtown Galt, several staircases allow you to access the river’s edge along cement walkways. I also love walking through the Cambridge Sculpture Garden on the west side of the Grand River. For a lunch or weekend outing, grab take-out from L.A. Frank’s on Water Street North and enjoy some people watching in Mill Race Park where old stone walls stand beside the river.

The people behind Surf Cambridge are hoping to bring a new activity to the Grand River within the next couple years.  Kelly McDowell, president of Surf Cambridge, believes surfing could get even more people from across Waterloo Region out on the water.

“If people aren’t using the river, we will eventually lose access to it,” McDowell implored.

We have beautiful natural waterways in Cambridge so let’s make the most of them. Maybe I’ll even take up surfing when the opportunity comes around.

The author floated the Grand River courtesy of Tubing the Grand. They did not review or approve this column.