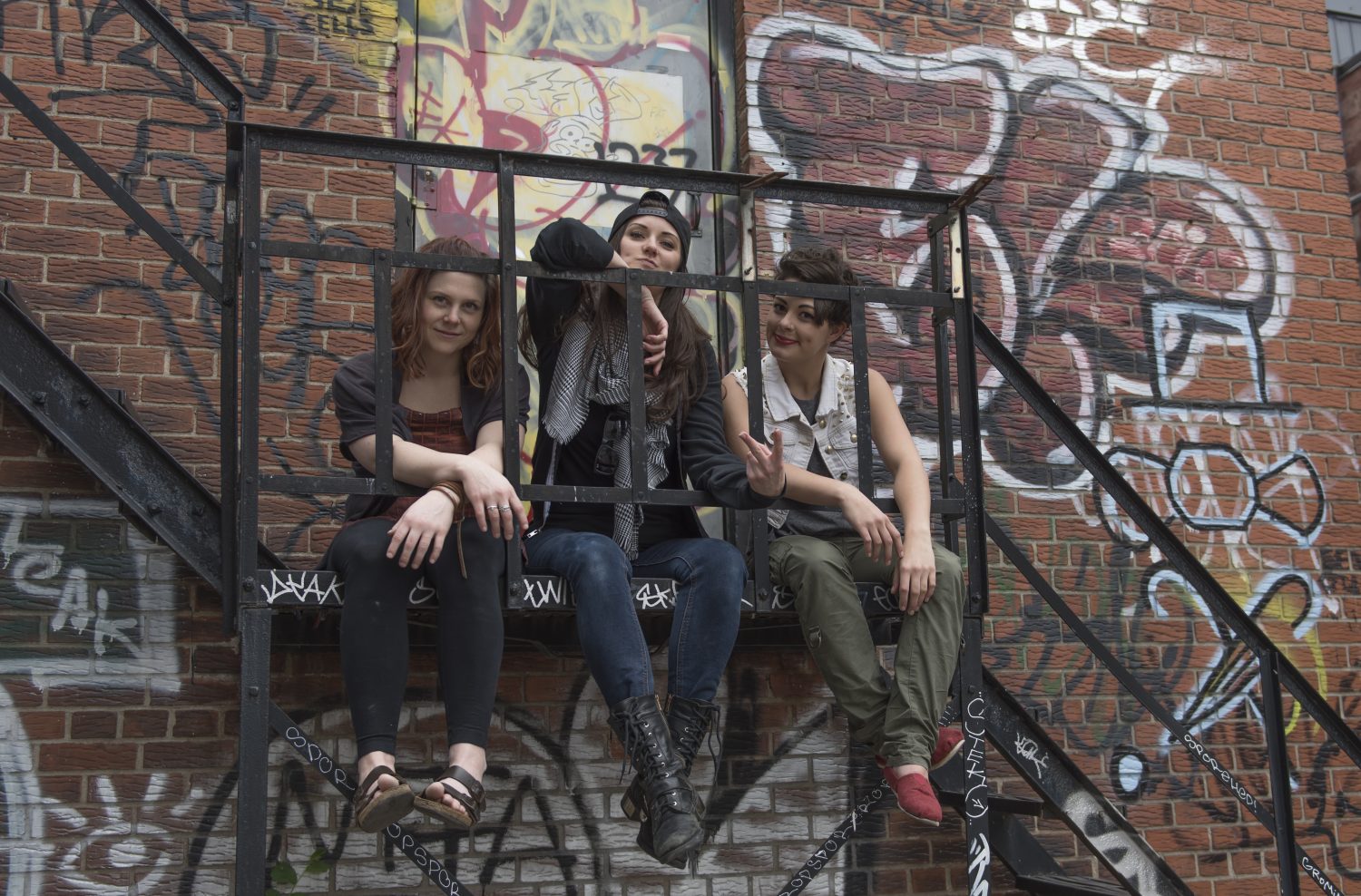 Melissa Sky directed, produced, and co-wrote the series, which is set and filmed in Waterloo Region. The local independent film maker says she wanted to showcase what Waterloo Region is capable of, and to “engage in important, progressive work by featuring relationships and identities that are less represented in mainstream media.” Different characters on the show identify as queer, trans*, polyamorous and pansexual.

“We know that representation matters. That seeing ourselves reflected in media is validating. That telling our stories is empowering,” says Sky. Casting a trans* person to play the role of a trans* character is so important, the bare necessity that so many mainstream media outlets ignore, she says, and her commitment to having better LGBTQA+ representation is part of what makes Good Freaky so charming.

The theme of community also surrounds the series, from its LGBTQA+ content to its local flavour. The landmarks that are mentioned and seen will likely feel familiar because they’re all local: main characters Kai and Tegan reminisce about past dates in the Waterloo café Seven Shores, and local foodies should be able to figure out where the cat lady date from the second episode happens. (Spoiler alert, it’s the Darlise Café in downtown Kitchener.)

The Region of Waterloo Arts Fund provided the resources to not only bring the project to life but to pay 40 creatives who put so much effort and love into the series. The whole crew and the majority of the cast are from Waterloo Region, which truly makes Good Freaky a local project through and through.

Good Freaky represents an incredible opportunity to show support for local creators and the LGBTQA+ community, and by doing so we create space for voices not always heard in the media, while opening up future opportunities for projects of its kind.

In a media environment where the LGBTQA+ community gets little representation, Good Freaky is a refreshing concept that deals with LGBTQA+ content in hilarious but also meaningful ways. Tackling issues of positive representation in media is an important component in intersectional feminism. Good Freaky succeeds in having positive representation and a well-rounded cast. By using comedy as a means to approach the issue it provides an inviting environment to get people engaged.

You can check out episodes of Good Freaky at www.femmefilms.ca. A new episode is released every freaky Friday with the seventh and last episode airing July 22.