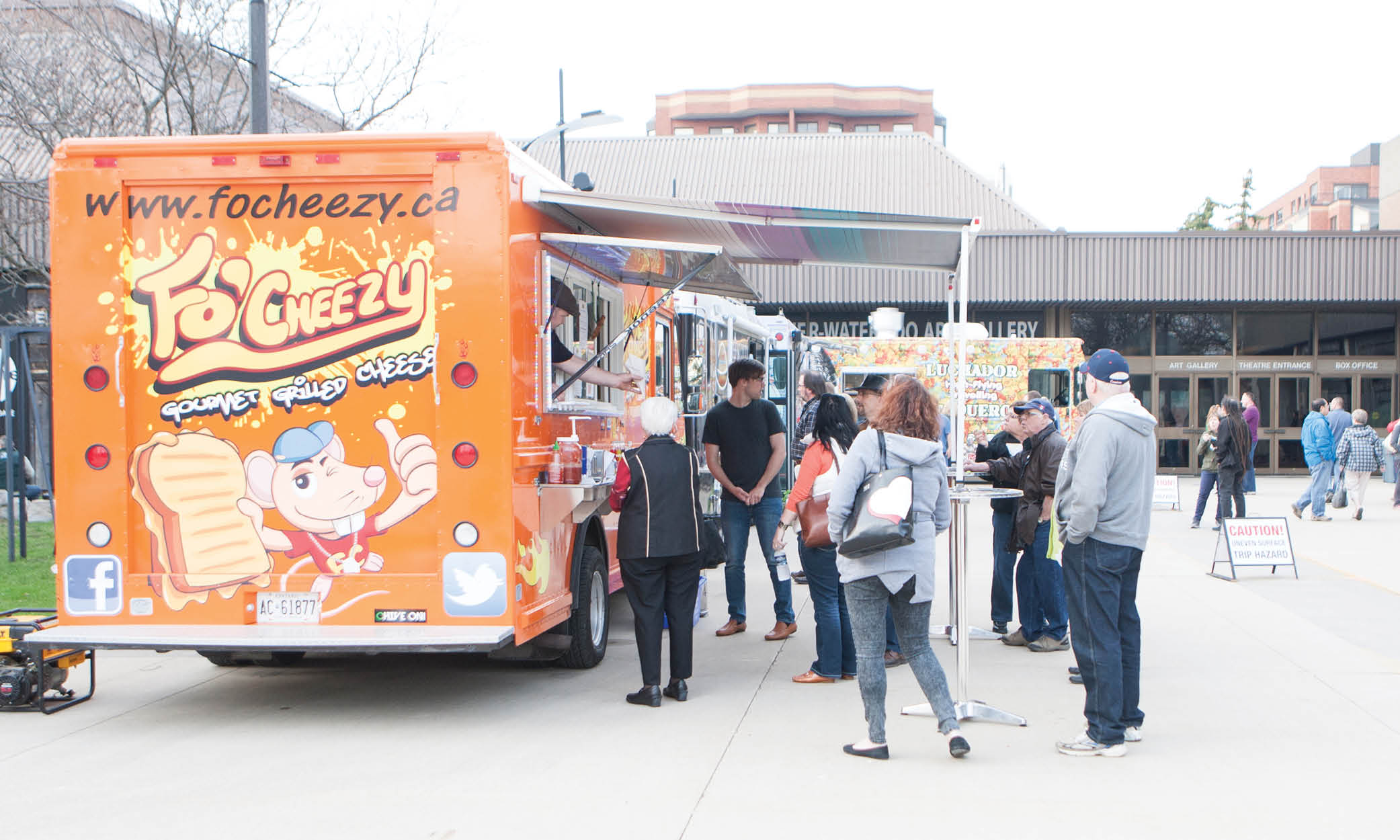 Once a not very visible industry in Kitchener, food truck vendors will be bringing their mobile cuisine options to more venues across the city.

From the recent partnership between Centre in the Square and United Food Trucks Unlimited, local food truck vendors will be positioned outside of the Centers’ Otto Street entrance for several shows between May 8 and 13.

“The ability through the food trucks to build the experience both pre and post shows was a phenomenal opportunity,” said Sandra Bender, CEO for the Centre in the Square. “Food trucks are the only vehicle to do that for us, because we don’t have a restaurant on site.”

The demand for food trucks at the Centre before and after shows was from audience input to have more options for food.

“Our audiences told us in focus groups that outside of parking, their second biggest beef was there was nothing to eat once you get down here. There are restaurants around us, and some of them are phenomenally successful and supportive of the Centre, but they have a capacity issue,” Bender said.

From the perspective of the food trucks operators, the ability to work around the Centre is a multi-beneficial partnership.

“What we can do is reintroduce Centre in the Square, which exists but is out of sight and mind, so we are going to create a daily hub where we are going to try and attract as many people as possible,” said Reuben Salonga, co-owner of the Lunchador Gourmet Streatery and founder of United Food Trucks Unlimited.

“We want people to look at food trucking not like it was ten or 20 years ago. These aren’t chip wagons; that’s not the new food truck movement. You have people who are passionate about food, and these are people who are pushing the very threshold in our greater food services.”

May 5 also brought a victory for food truck operators within Kitchener. New legislation was passed that allows food trucks to operate in identified parks and business areas across the city under new licensing agreements. The approval from the City is viewed very positively.

“The fantastic thing is now both Waterloo and Kitchener have comparable legislation, in terms of cost and opportunities. What UFTU hopes to do with the new legislation is to help coordinate some of the sites, so that we have representation of food trucks being showcased in both cities,” Salonga said.

Looking at how the new legislation will affect the regional food truck movement, Salonga pointed out how it looked a year ago.

“I’ll be honest. If you were to ask what food trucking was like in Kitchener-Waterloo one full year ago, we were at the very bottom. We didn’t have viable downtown core locations that we could operate from; the picture was bleak. When UFTU brought together all the food trucks within this region, we were able to create an impetus for the city of Waterloo to change their laws, and now, Kitchener-Waterloo is the new frontier for food trucking.”

Scott Yates is the owner of the Chef Scotty Cooks food truck that is a member of UFTU and one of the trucks outside of the Centre as a part of the new partnership. He sees the new licensing agreement from the city as a reason to stick in the city for business.

“It’ll make me want to stay here more, because I didn’t want to be driving out of the city if I didn’t have to. If I can stay home, and spark our local economy, teaming up with local businesses like [Centre in the Square], it just brings the City of Kitchener more to the forefront.”

Bender believes that with the food trucks being on site, it will further the Centre’s ability to reach out into the community.

“Food trucks are not going to make us rich, but again, it was trying to think of a way to engage with the community and audience. Right now, people come and go for shows. If we can make this a destination that is fun and exciting, and at the same time a place were people can get drinks and food, then it will allow people to enjoy the space around the Centre in a more broad manner.”