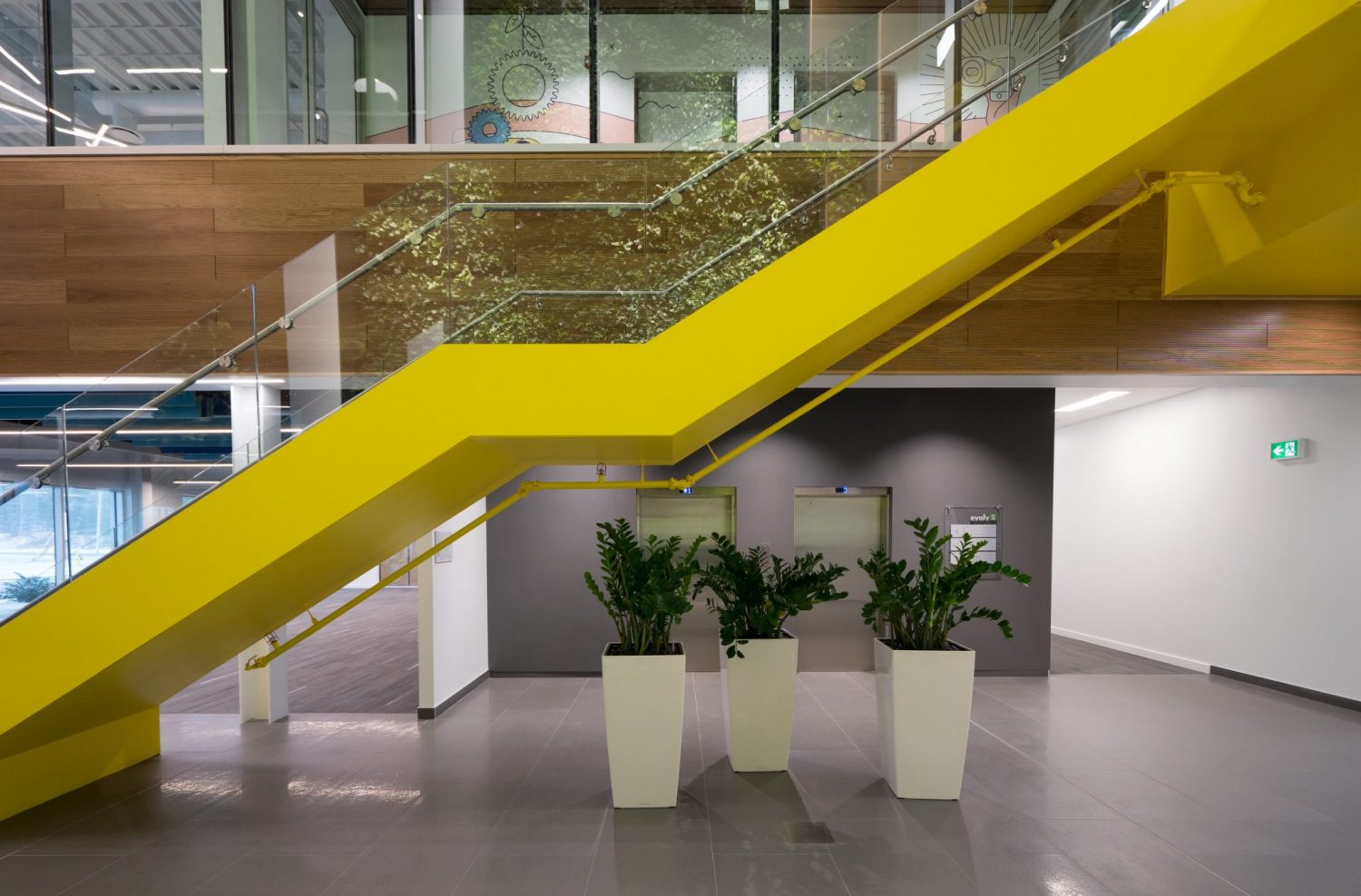 EVOLV1 Aims to Transform the Industry

“We wanted this building to help transform the industry.”

Coming from anyone other than Adrian Conrad, chief operating officer of the Cora Group, which recently opened evolv1, the company’s latest milestone on a path to revolutionizing commercial building in this country, that statement might sound overly ambitious, even hubristic. But the Cora Group’s track record is evidence that it takes its pivotal role in shaping the market for more sustainable building practices seriously, both responding to market demand and subtly shifting it toward sustainability.

Conrad is the second generation in the family-run Cora Group — his father, Manfred, started the company in 1978, and in addition to developing millions of square feet of Class A commercial real estate, has made substantial philanthropic contributions to the Waterloo Region — and is building on his family’s commitment to taking sustainable building to new heights, while still being able to offer rental space at current market rates.

Within the David Johnston Research & Technology Park, evolv1 is visually pleasing but understated — a high-end, but fairly typical-looking, office building. Looks, in this case, are deceiving.

“You get the impression of leading-edge office space,” Conrad said. “If it weren’t for all the solar panels [covering much of the parking lot] and the 40-foot living wall, you probably wouldn’t know it was that different.” 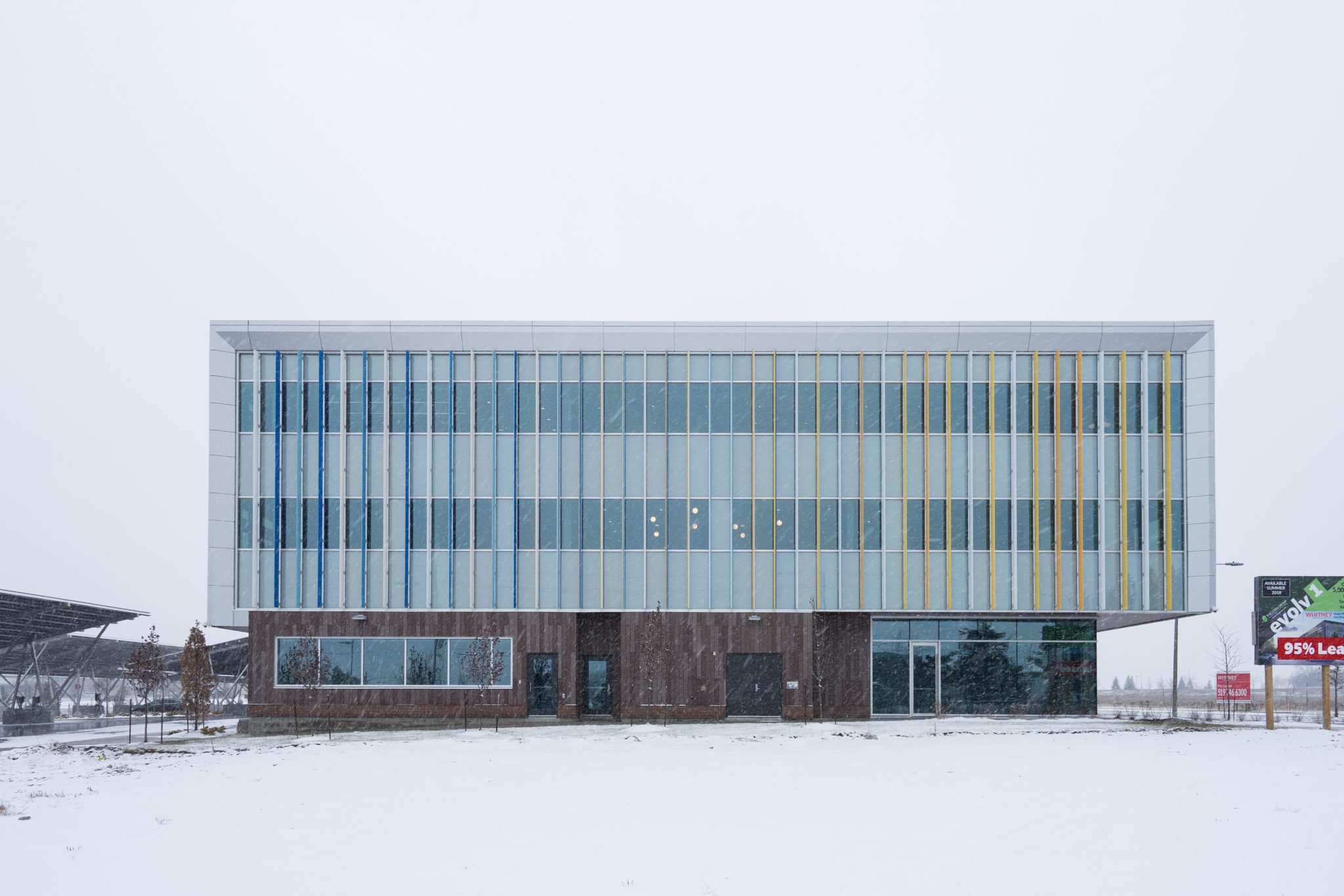 In fact, evolv1 is a landmark. It’s not only heading for LEED Platinum certification, but is also the first building in the country to earn the Zero Carbon Building standard, newly created by the Canada Green Building Council.

As a “net positive energy” building, evolv1 generates more energy than it consumes. It does so via a geothermal well system that pumps water from aquifers about 150 metres below the surface to aid in heating and cooling the building, more than 2,000 solar panels, superior insulation levels and triple-glazed windows to minimize heat loss and a south-facing solar wall that uses sunlight to pre-heat air entering the building even on the coldest days of the year.

Design and engineering for the building was done by Stantec, which was able to provide a coordinated team of experts in sustainable building. Construction firm Melloul Blamey lifted the vision off the page and into three dimensions.

Aside from being an obvious rental choice for leading technology firms, especially those in the clean-tech sector, evolv1 may find its most critical role is as an incubator for future development.

“We see this as a sort of living lab,” Conrad said, “a place where people can come visit, see what we’re doing, and [we can] tell our story.”

A public space within evolv1 is designed for engagement and learning, a task to be taken up by the Cora Group and others who have been “partners in a collaborative vision” since evolv1 was first conceived in 2013. 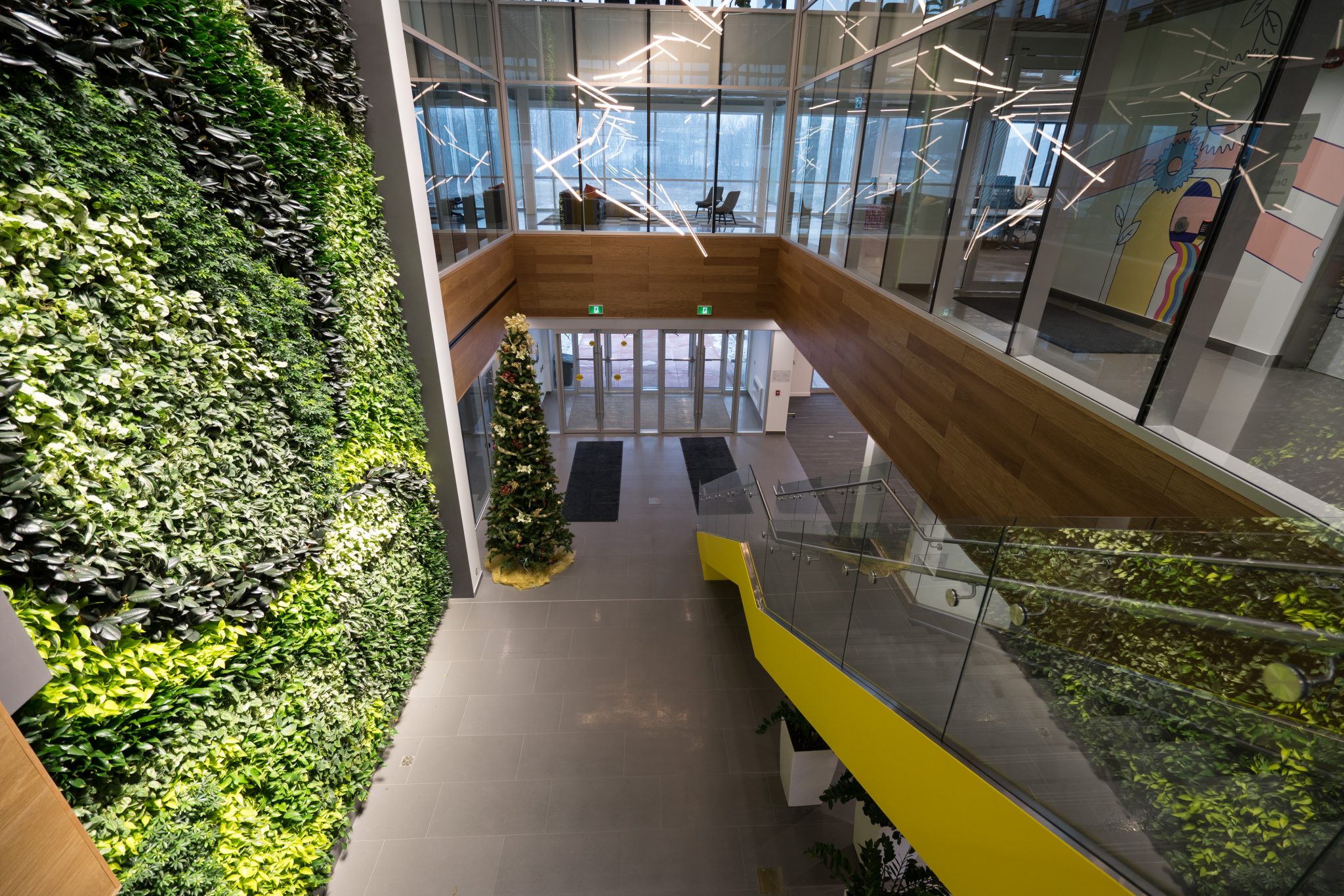 Those partners include Sustainable Waterloo Region, whose executive director, Tova Davidson, had long dreamed of a net-positive energy building to be a flagship in Waterloo Region, along with the David Johnston R&T Park, and EY (formerly Ernst & Young) as a lead tenant for the project.

Researchers from the University of Waterloo and Wilfrid Laurier University will study and publish their findings on various aspects of the building’s sustainability, measuring the performance of its various components and looking at the culture of sustainability that’s being fostered.

Of course, it’s precisely through spreading the word about evolv1 (and the Cora Group’s new building, evolv2, set to break ground in 2019) that Conrad can really help to “transform the industry.” A one-off building, as remarkable as it is, can have little impact on an industry that accounts for some 20 per cent to 40 per cent of total greenhouse gas emissions (depending on the source of statistics, and how totals are calculated).

But the example of a prototype that showcases innovative technologies and practices, paired with advocates who have a genuine passion for sharing the knowledge gained through the building’s design, construction and operation processes, has scalable potential. Making sustainability the industry standard is Conrad’s ultimate goal.

“We hope that through the efforts of Sustainable Waterloo Region, Laurier, Waterloo, and what we’re doing, that we can speak to the market [and that] millennials and others can send the message that sustainability is important to them.”