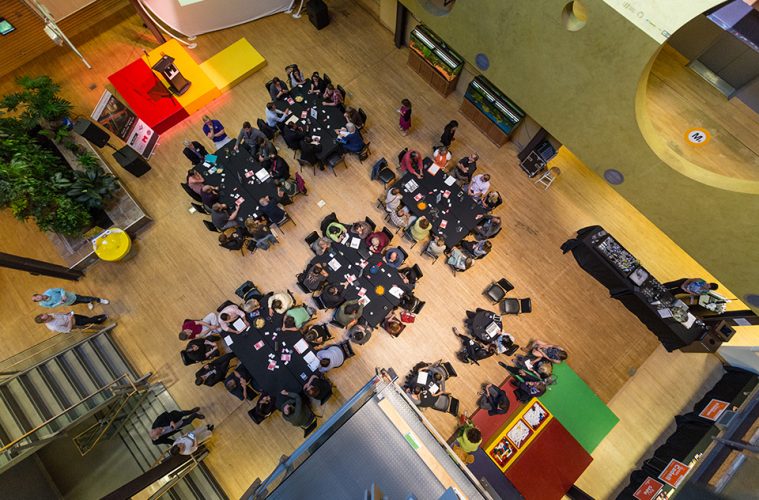 Art is not a commodity. That was the message leaders in the local arts community had for the 10 Waterloo Region MP candidates in attendance at THEMUSEUM’s event A Cultural Exchange 5.0.

The Kitchener Centre, Kitchener-Conestoga, Kitchener South-Hespeler and Waterloo ridings were all represented by candidates ready to talk to community members about the importance of arts and culture. Each candidate took the stage for a few minutes to get their message across, followed by round-table discussions.

Community member Betty Anne Keller identified as a major issue that political parties treat arts and culture funding as philanthropic, rather than an investment. 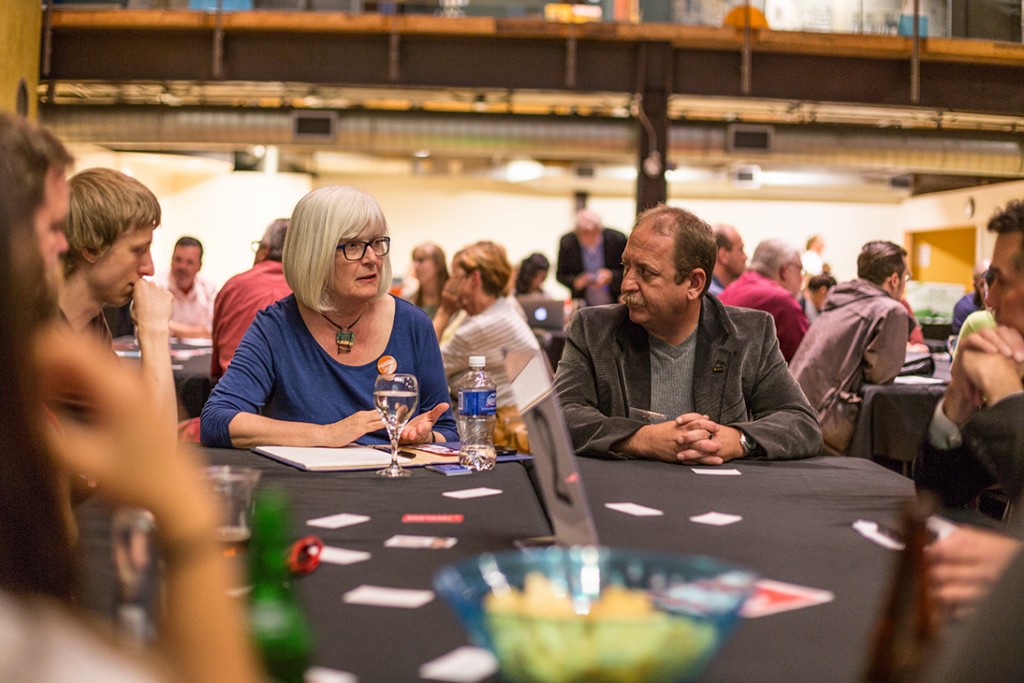 “Art is not a commodity and audiences are not consumers,” said Majdi Bou-Matar, founder of MT Space and artistic director of the IMPACT theatre Festival.

Another common theme was that the local arts scene should be collaborative not competitive.

“The arts are not a competition. Artists work better when they support each other,” said Paddy Gillard-Bentley, chair of the Coalition for Performing Artists in Waterloo Region. She used her stage time to discuss how the limited funding and the system currently in place creates competition in the arts that inhibits collaboration.

The Liberal Party released its cultural platform just days before the event, which all of their candidates present used their stage time to reference. The GPC, NDP and Liberal candidates all promised to re-fund the CBC, which has had its budget slashed under the Harper government. During the final round-table discussions, Stephen Woodworth defended the Conservatives’ funding cuts to CBC, saying the company needs restructuring before receiving more funding.