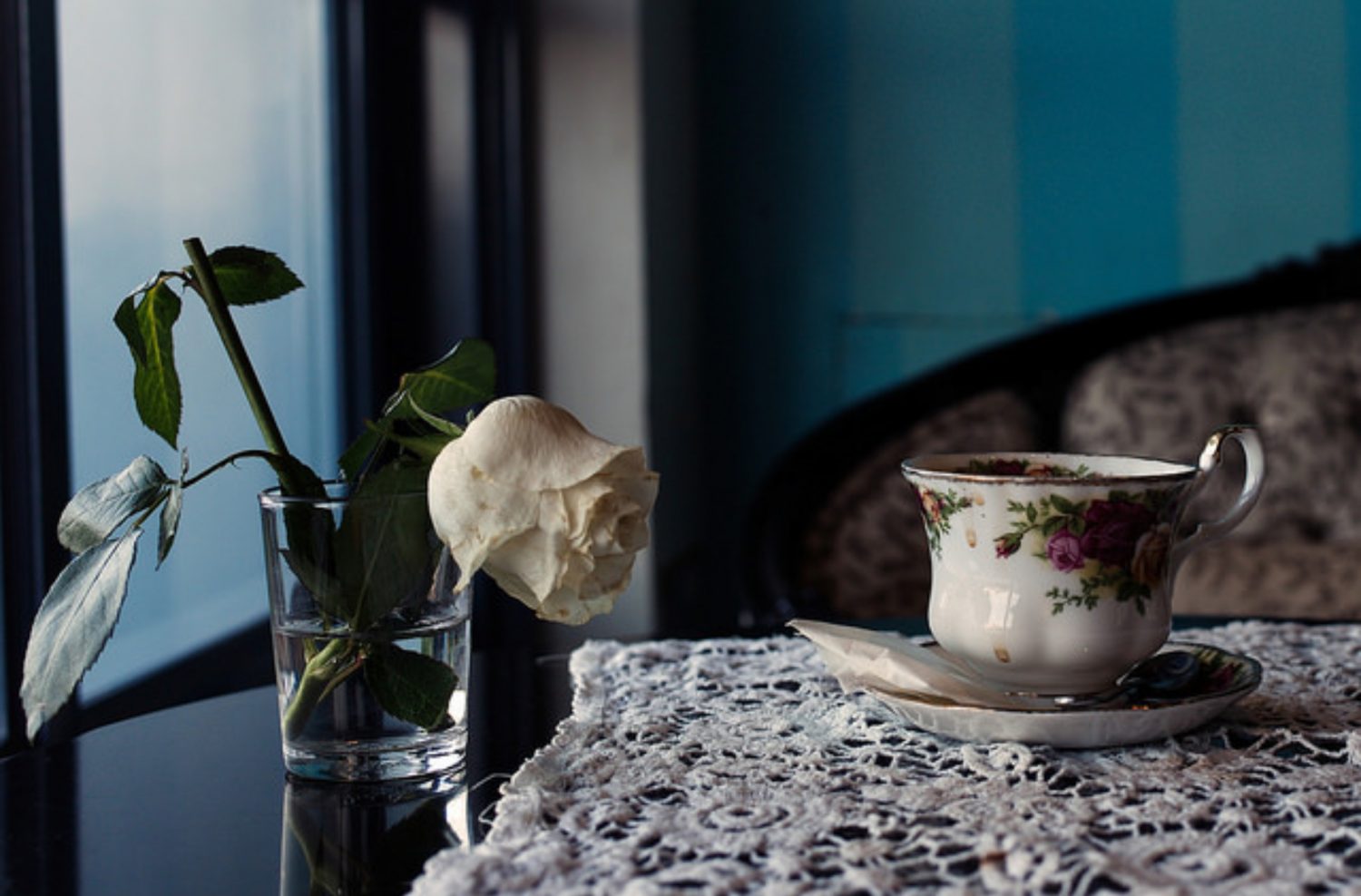 Dining With Death and Random Strangers

You will die one day. We all will. Death is one of the few – possibly only – life events that unites all seven billion people in the world. The timing, details and aftermath vary, but the dead part is consistent. This does not mean we are all equally comfortable talking about, or at peace with our deaths or the deaths of our loved ones. This is where death cafes come in.

Death cafes are group discussions about death with little to no structure. Started in the UK in 2010, they now happen all over the world. Local resident Crysta Fernandez and The Hive and the Grove owner Tiffany Lazic have now brought them to Kitchener.

So what happens when we die? What happens when someone we love dies? How should you treat someone who has lost a loved one? Can we die at home? Are their options other than a traditional funeral? The topic of death has many facets and most of us might go our whole lives without exploring them. These and other questions swirled around the room of about 10 people at the most recent cafe, appropriately held on Good Friday.

Everyone had stories to share and questions to ask over tea and a sugar skull cake. Fernandez prefaced the discussion with a note that no one was obligated to talk and that the nature of the conversation was likely to bring up a range of emotions, so self-care was of the upmost importance.

I grew up in a non-religious family.We did not talk about uncomfortable things, and so when my grandmother died, six-year-old me had no idea what it meant.

Almost a decade later when my father died, I still did not understand what it meant. Now in my mid-twenties, I have many friends who have never known anyone to die or even stepped into a funeral home.

This continues to be my experience, as well. The mention of my death cafe attendance to several people provoked mostly concern: that I was headed down an ill-advised, morbid path; that the people there would somehow harm me; and that it would be damaging to my mental health.

The fact that there were people in our community who wanted to talk openly about death — and that I wanted to join them — was a scary thought for some. My own apprehensions about the cafe and others’ were proof of our deeply engrained death-denying culture.

Losing a parent was a very isolating experience for me. Outside of my home and immediate family, nobody knew how to interact with me afterwards. My loss made others so uncomfortable that avoiding me was their easiest option. Many of the people I met at the death cafe shared my experience. Some had lost children, some parents and close friends. Some had hardly been touched by death.

We could all agree that most people do not know what to say to someone who has experienced death.

At Hospice, Nairn says that many people lose friends after a terminal diagnosis. The people they expected to support them suddenly stop answering phone calls because they do not know what to say to someone with only months to live.

Nairn says much of the discomfort comes from the “medicalization” of death in the last century. Multi-generation households and shorter life expectancy meant that people used to be more exposed to death and dying.People died, and wakes were held in family homes. In the 20th century, death became institutionalized. Now we die in hospitals and funeral homes are a big business.

It’s time to take death and dying off of the list of socially taboo subjects. The death cafes are a step in that direction. Hospice Waterloo Region will soon launch a public lecture and discussion series on various death and dying subjects. Nairn says the change needs to be systematic — physician assisted suicide is a start — and the conversations need to be open-ended. Our society needs to be able to explore questions about dying and be comfortable about it.

Going to the death cafe made me realize how much I wanted to talk about death and dying. When my father died, my teenage brain couldn’t really process it, so a decade later I find myself looking for any opportunity to explore the subject. From what death means to my own death to the logistics of a loved one dying, the cafe conversation explored a lot in under two hours.

Fernandez and Lazic have scheduled another death cafe for April 15.