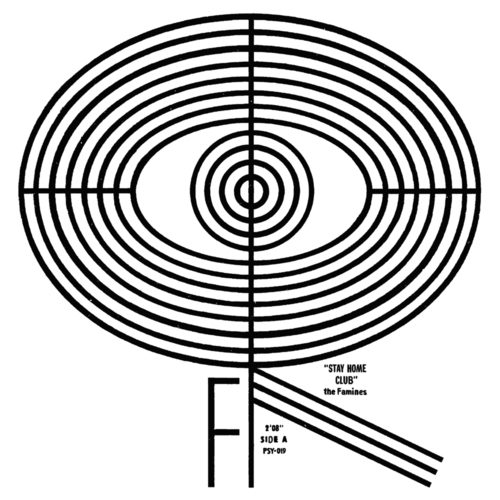 For bands creating music today, finding new listeners can be a daunting task. With the cost of entry into music production getting dramatically lower every year, it’s never been easier for a band to record their music and share it online.

For the listener, accessing new music has also become easier — but there’s a lot of it to sift through. Thousands of bands both new and old are posting music daily, and they’re all vying for the commodity most precious to them, your ears’ real estate.

Because of this, Montreal-based band, The Famines, fronted by Raymond Biesinger on guitar/vocals and Drew Demers on drums, are trying something new. After a few quiet years and a line-up shift, the band was eager to release new content, but were finding themselves shackled to the challenges of traditional release methods.

“Mammoth Cave records, out of Toronto, was handling the release of our new LP Too Cool + Other Songs, and they were telling us it was goingto take roughly 11 months turn around time from the moment it was mastered for vinyl, to being pressed and back at our door,” explains Demers. “At the time we were already working on some new material, so we decided it would be best to figure out a way to release a single before the LP was ready, so that we weren’t sitting around for 11 months before touring new music.”

Mammoth Cave has since closed their doors, citing the steeply increasing costs and times associated with music production as one of the reasons.

With the cost and time commitment of vinyl becoming increasingly unwieldy, the band came up with a unique distribution model.

The Famines have a history of convention defying releases — including 8-tracks, a live cassette and even a book — but it was Biesinger’s career as an illustrator which inspired the next step.

Demers describes their new ‘paper release’ as “a 20” by 30” black and white poster on newsprint, sporting an image that has been used recently for several different designs — t-shirts, posters — by The Famines. The poster contains a digital download code that leads to two brand new tracks.”

This new medium of music delivery allows for a symbiotic relationship between music and art.

“The front has art that relates to the A-side song, and the back has the integrated B-side, and the download information. It’s a combination of
the flexibility of the digital, but it also has this visual artifact which is quite unique, that I think a lot of people are going to like having on their wall,” says Biesinger.

He further elaborates, “visually I like to make as much as possible using as little as possible. I like having the thrill of economy of line, or shape and expressing as much of an idea as possible without using many materials.”.

“In music, Drew and I have a drum kit, a guitar and my voice. We’re not using any pedals, were not using any special effects or anything like that, again making the most out of as little as possible.”

It’s this relationship between the tangible and audible aspects of the release that elevate it above a mere means to an end. It also provides significant cost savings to The Famines, both on the sides of production and distribution.

At shows, the release will be available for a significantly smaller fee than a traditional physical release would allow, and costs savings will also be felt when the band ships the release nationwide later this year.

Biesinger has high hopes and long term plans for the new medium of music delivery.

“If this experiment and format works out well, we’re going to put out our full length record on paper in August. It just makes sense.”

The Famines played The Princess Café on April 9, listen to the premiere of their new single, “Stay Home Club” | AUX.TV http://www.aux.tv/2015/03/listen-to-the-premiere-of-the-famines-new-single-stay-home-club/