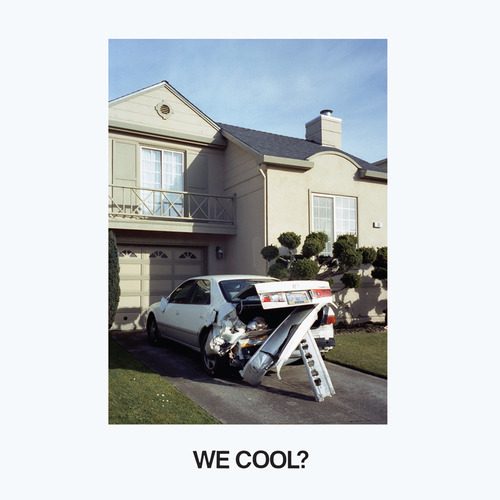 Playing their final show on Jan. 19, 2014 in Brooklyn, Jeff Rosenstock’s home-project-turned-punk-rock-revolution Bomb the Music Industry has left Jeff fairly inactive as far as formal studio releases go. Their last album “Vacation,” was released on July 26, 2011, and since then outside of a few home recorded releases like “I Look Like Shit” and a couple of singles,

Jeff has been working on his newest release “We Cool?” which came out on March 3 this year via SideOne Dummy. Upon its release “We Cool?” crashed the SideOneDummy website. It debuted on the Billboard Charts at #7 for Heatseekers Albums, #43 for Rock Albums, and #157 for Current Albums. So it’s safe to say that “We Cool?” holds some serious clout on the indie scene.

The album opens with the quiet acoustic punk intro of “Get Old Forever,” but very quickly bursts the doors open with feedback and guitars turned up to 11. The dynamics on this album are incredible. If you like screaming out lyrics with the windows rolled down on a summer day, this album is exactly what you need. In fact, this album is already a number one contender by a country mile for your summer album of the year, and it was released in the winter.

Much like all of his releases with Bomb the Music Industry, Jeff pulls no punches on experimentation with this album.

Featuring everything from 8-bit chip tunes, to grand piano ballads, to a full on horns section, to what is seemingly a melodica recorded in reverse to God knows what else, this album will keep you listening time and time again trying to find the new secrets that Jeff has included on this masterpiece of an album.

The best example of this is on the eerie ballad “All Blissed Out.” Which many will look over upon first listen (guilty as charged) but let me tell you, this is slowly creeping up to be the stand out track from the album.

Although this album features some heavy ballads like “All Blissed Out” and “Beers Alone Again,” don’t be hesitant if you’re looking for high energy. With track such as “You, In Weird Cities” and “Hey Allison!” (the latter of which is the absolute definition of a “banger”) Jeff packs a serious punch of energy in this 36 minute album. While there are many areas that could be defined as “epic” he never allows any part to drag on allowing you to be bored; this album will keep you interested from start to finish.

It’s unfortunate album reviews sit around 400 words, because Jeff’s work, having matured over the years, warrants pages of discussion. “We Cool?” is the absolute pinnacle of this development and it shows in spades. Don’t sleep on this one, it’s got punk album of the year written all over it.