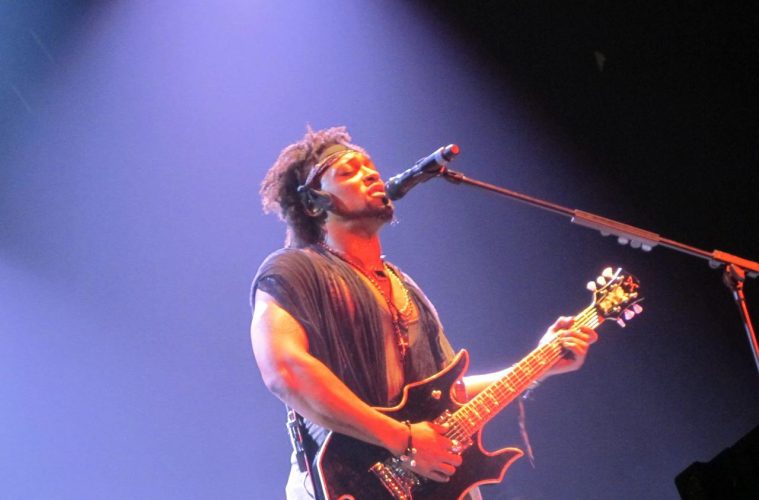 D’Angelo Back in Action After 15 Years

For the last decade and a half, waiting on a new album from elusive R&B maestro D’Angelo — sifting through scraps of evidence and live recordings, pursing false leads, scouring interviews with his acquaintances for new information — has become a parlour game on par with making year-end lists and complaining about each update to the iTunes interface.

A soulful singer blessed with earthly grit and a gift for dense, technically immaculate, sensual arrangements, D’Angelo was on the brink of stardom after the release of 2000 sophomore album Voodoo.

This was in large part thanks to single “Untitled (How Does It Feel)” and its incendiary video, which featured a camera panning up and down his oily, sculpted torso. The attention the video received detracted from the fact that Voodoo was both commercially successful and critically adored.

Uncomfortable with his newfound status as a sex symbol, he retreated into the background, struggling with the law and substance abuse for over a decade while his collaborators and business associates fumbled with the prospect of a new release.

With that said, you can imagine the world’s surprise when D’Angelo — and his band, the Vanguard — began to preview new material (previously only glimpsed live) on YouTube in the middle of December. Promo single “Sugah Daddy” was made available on December 14, and the next day a new full-length, the provocatively titled Black Messiah, was released.

It’s become clear in press after the album’s release that it was fast-tracked as something of a response to the charged racial climate in America right now, itself a result of several high-profile deaths of young black men at the hands of white police.

With a new album available to the public and D’Angelo back in the spotlight, only one question remains: does the album scrape the heights of the work that made him famous in the first place?

The answer is an unequivocal yes: Black Messiah is a stunning album, a thick stew of influence spanning the last 50 years of soul, rock and funk that pushes the boundaries of those genres forward and presents an uncompromising social and musical vision. It’s the kind of record that earns you the right to call your band the Vanguard.

Working with a crack team of session musicians and writers, including bassist Pino Palladino and lyricist Kendra Foster, the arrangements and melodies that make up the record are surprising and technically astounding, from the gorgeous Prince-like melody at the heart of “The Charade” to the complicated, jazzy Steely Dan-isms of “Betray My Heart.” At the record’s core is D’Angelo himself, his lusty and tonally distinct growl still intact and his newfound guitar skill on display on tracks like the messy, angry “1000 Deaths.”

After spending time with Black Messiah, this much is clear: if it took a decade and a half to make an album this good, it was worth every second of waiting.