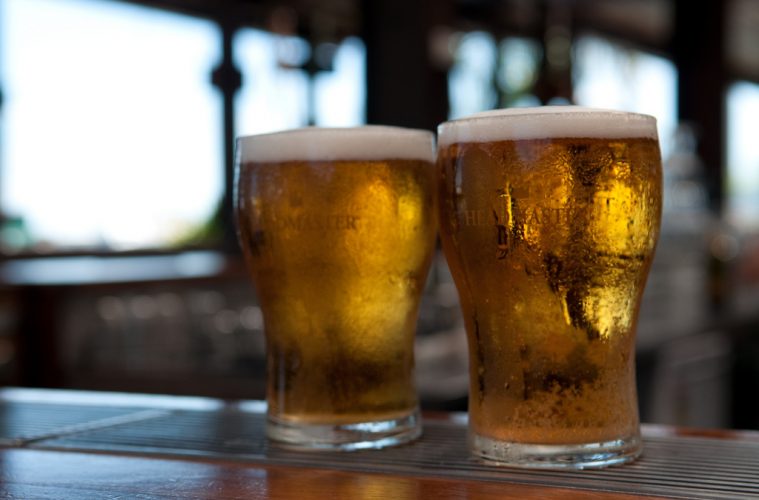 As 2014 comes to a close, it’s a good time to open one’s Untappd.com history. Looking back at the beers I’ve had this year, I’m also flooded with fond memories of the things I was doing and the people I was with when I first had them. The following are some of the highlights from my year in beer, and only features beers that I tried for the first time in 2014. These are all beers that I’ll buy again if I see them in 2015.

SHOULDERS OF GIANTS
Flying Monkeys
Imperial/Double IPA — 10%ABV
This is a big, full-flavoured, boozy, Imperial IPA, and it is delicious. After sampling its complex, varied flavours once, it was part of the impetus to take a trip to the brewery in Barrie before it was widely available in the LCBO.

HEADY TOPPER & ROGUE FARMS 7 HOP IPA
The Alchemist & Rogue Ales
Imperial/Double IPA – 8%ABV
Heady Topper is highly rated on most beer review sites, so it was a treat to even get to try this, and Rogue rarely disappoints. With lighter bodies than Shoulders of Giants, these two are more straight-up hop showcases, with waves of different hops flavours cascading over your tongue.

1-UP
Block Three Brewing
Imperial/Double IPA — 8.7%ABV
1-Up is a very good beer, and my favourite that I’ve had from Block Three yet. As you may have noticed, I am a fan of beers with big flavour, and high ABVs. When Block Three first opened, I felt they played it safe with their recipes, which makes sense to attract St. Jacobs tourists. With this release, and a few others this year, it’s nice to see them expanding their flavour profiles and getting a little further out there. This beer makes me very excited to see what they’re going to put out in 2015.

Have a favourite brew for Bearface? Or a question about local taps? Email culture@thecord.ca