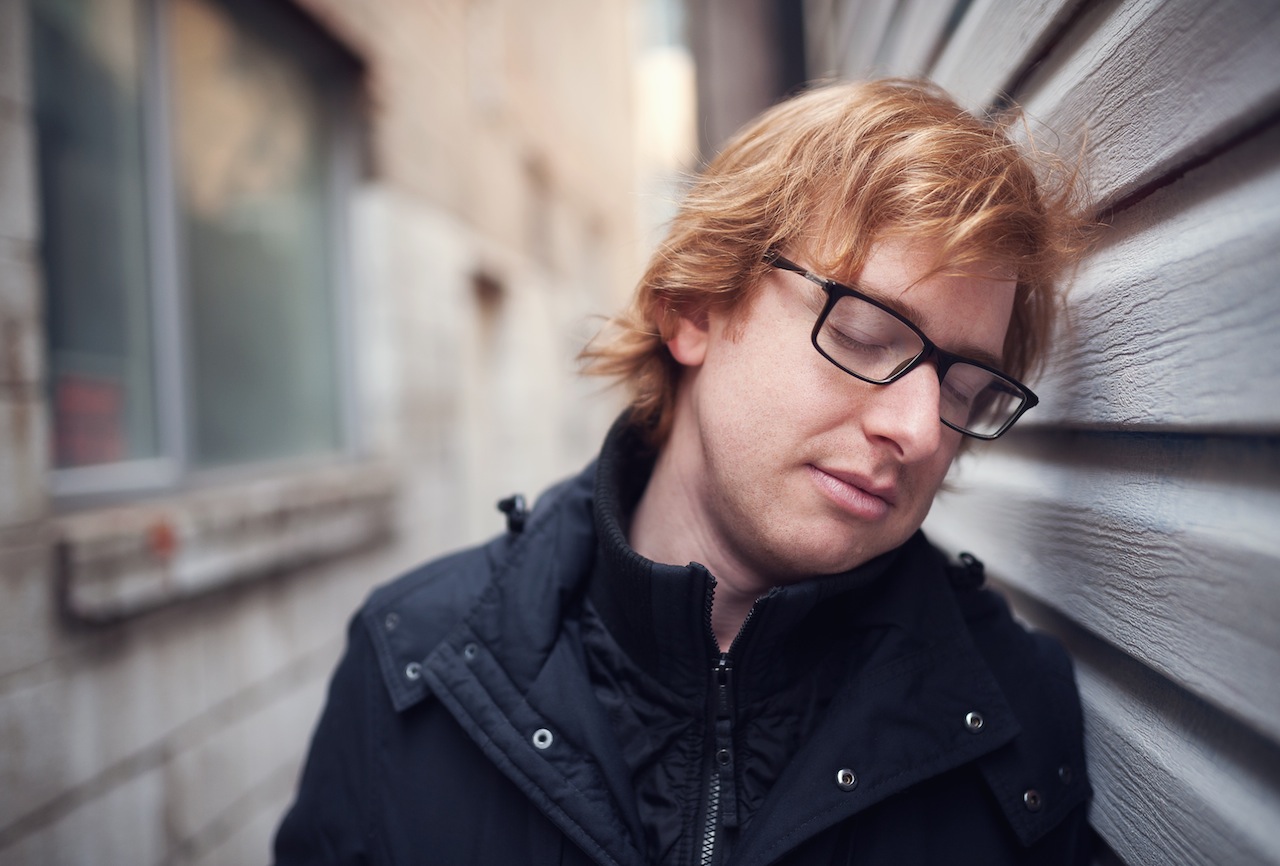 Luke Michielsen is releasing his third studio album this September and he is looking to raise $5750 through crowdfunding. • PHOTO COURTESY LUKE MICHIELSEN

Folky, alternative, pop is one way to describe the musical styling of Kitchener based artist, Luke Michielsen. With two albums under his belt, and his third full length album Oh Surround Me launching this September, you would imagine that this guitar toting master would have the process locked down. He will tell you however, that’s not the case.

“The new album has been a much more thorough process compared with my previous two,” said Michielsen. “I collaborated with a backing band for two months before heading into the studio. This helped me find a direction for my songs.”

Oh Surround Me has no defined theme but Michielsen describes the album as having a spirit.

“The spirit comes from realizing life is short, and you have to take your chance when you have it. My chance is now, but I can’t do it alone. I need the help of other artists, other musicians and the larger music community to get behind me on this,” explained Michielsen. “Even though I’m a solo artist, I want to collaborate with others because that’s where the magic happens.”

That’s exactly what happened when Michielsen headed into the studio with Jeff Woods, Owen Cherry and Milosz Sikora acting as a backing band and collaborated with a few of his favourite musicians.

“Once the band put down their tracks in the studio, I had more musicians come in and add parts. Jazz guitarist Thom Gill has always been a favourite of mine. He came in and really heightened the feeling of the songs with tasty guitar work,” said Michielsen.

In addition to Gill, vocalist D’Eve Archer, saxophonist Martin Eckart and symphony cellist Samuel Bisson are featured on the album. Collaborating with other artists gives the music an extra little something, Michielsen explained.

“One Saturday I had about 10 musician friends come into the studio and sing group vocals on a few of the tracks. It really adds a great atmosphere to the tracks.”

Collaboration for gained another touch of Kitchener’s artistic community when Michielsen asked visual artist Chris Austin to do the album art.

“I have seen Chris’ art around for the last year or so at local places like StylFrugal and Cafe Pyrus and it always intrigued me. I was sort of lucky that I saw his painting Walkin’ On in the window of Artisan Zone, on King Street. As soon as I saw it I immediately thought it would be great for my album cover. It fits in with the spirit of the album. That fact that he’s local is a huge bonus.”

Keeping things local is one way to help with the cost of putting out an album and making a name for yourself, but with bigger sound comes bigger production. Michielsen is taking advantage of the crowdfunding wave and hoping he can source enough to cover the cost of his latest album’s production costs.

“The financial stress is the worst part. There’s no way I would be making this album so soon without the support of the Ontario Arts Council, the support of my fans and a little bit of debt,” said Michielsen. “I’ve had so many people tell me that my music means a lot to them over the years, that crowdfunding seemed like a natural option to help cover costs. A lot of people who are music supporters do understand the costs and dedication involved, and they know how hard I work at it.”

Like most crowdfunding campaigns, there are a number or rewards that come with supporting the project. The main reward includes a hand-numbered and signed, deluxe edition of the album, and an eight-page booklet. Core supporters receive a five-song bonus EP. For those fans feeling extra supportive, a private concert or freestyle songs on a topic of choice are up for grabs.

Being a performer in Waterloo Region isn’t the easiest, even when you’re putting in the footwork.

“I’ve been in the Region for about two years, some would say I’m still new here. For me, K-W has been great. I have become a regular performer at Imbibe Food/Drink, which is right down the street from me. That’s a major thing that has made me feel at home, and valued. Knowing there’s a local place where my music is appreciated. There’s been a lot of support from that community,” said Michielsen. “The only way the music scene is lacking for me here is that not enough mid-level successful touring acts come through the city. I’m not sure if it’s lack of audience, lack of venues or what. But hopefully that will turn around soon.”

Even though it can be tough at times, Michielsen said being a musician is his favourite thing and encourages others who want to be musicians to work hard and go for it.

“First, decide you want to do it. Then work on your music a lot. Play lots of shows for a year. Make an album or some sort of release. Make connections with other musicians. Get your web presence going. It’s never-ending work but if you love it like me, get started!”

To support Luke’s crowdfunding campaign visit http://lukemichielsen.com. A listing of rewards, albums, and events can be found online. Oh Surround Me is set for release this coming September.