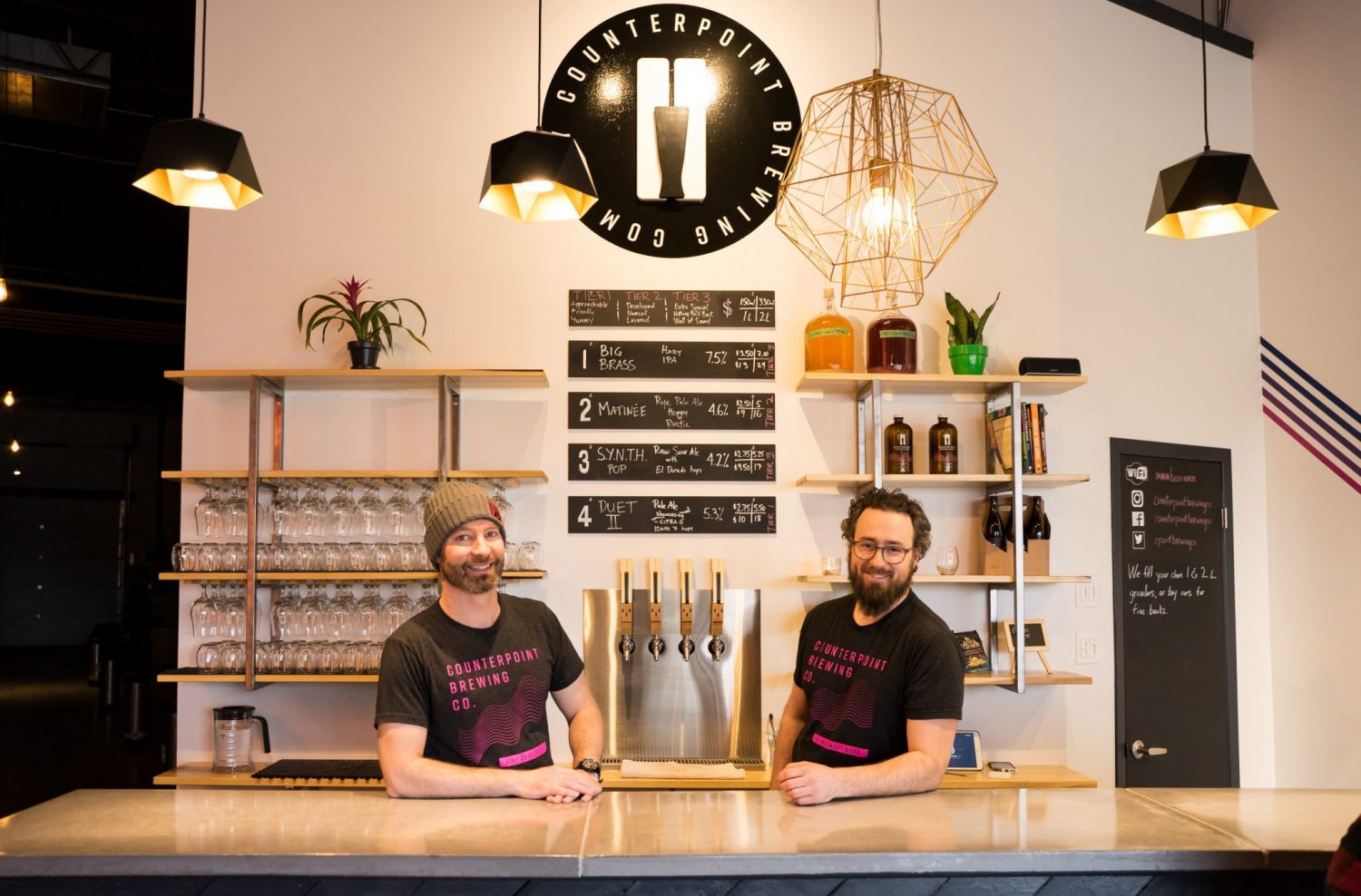 Counterpoint Brewing Co. is Serving up Something New

When Rich Hrytzak and Graeme Kobayashi met six years ago at the KW Racquet Club over a game of squash, they quickly bonded over a shared passion for beer and threw around the idea of starting a brewery together.

It took two years of serious planning and finding a great location to make that dream a reality. As of February of this year, Counterpoint Brewing Company opened their doors to the public at 935 Frederick St, unit 4.

“I’ve had lots of friends over the years say, “man, your beer’s so good you’ve got to do something with this.” And, you know, I’ve brushed them off a lot saying, no, it’s just a hobby. I just met the right guy that was equally as passionate about beer, and another aspect of my life was coming to a close, so it was a good opportunity to devote the time to,” Hrytzak said.

It was important for them to make Counterpoint an inclusive space where beer is for everyone. 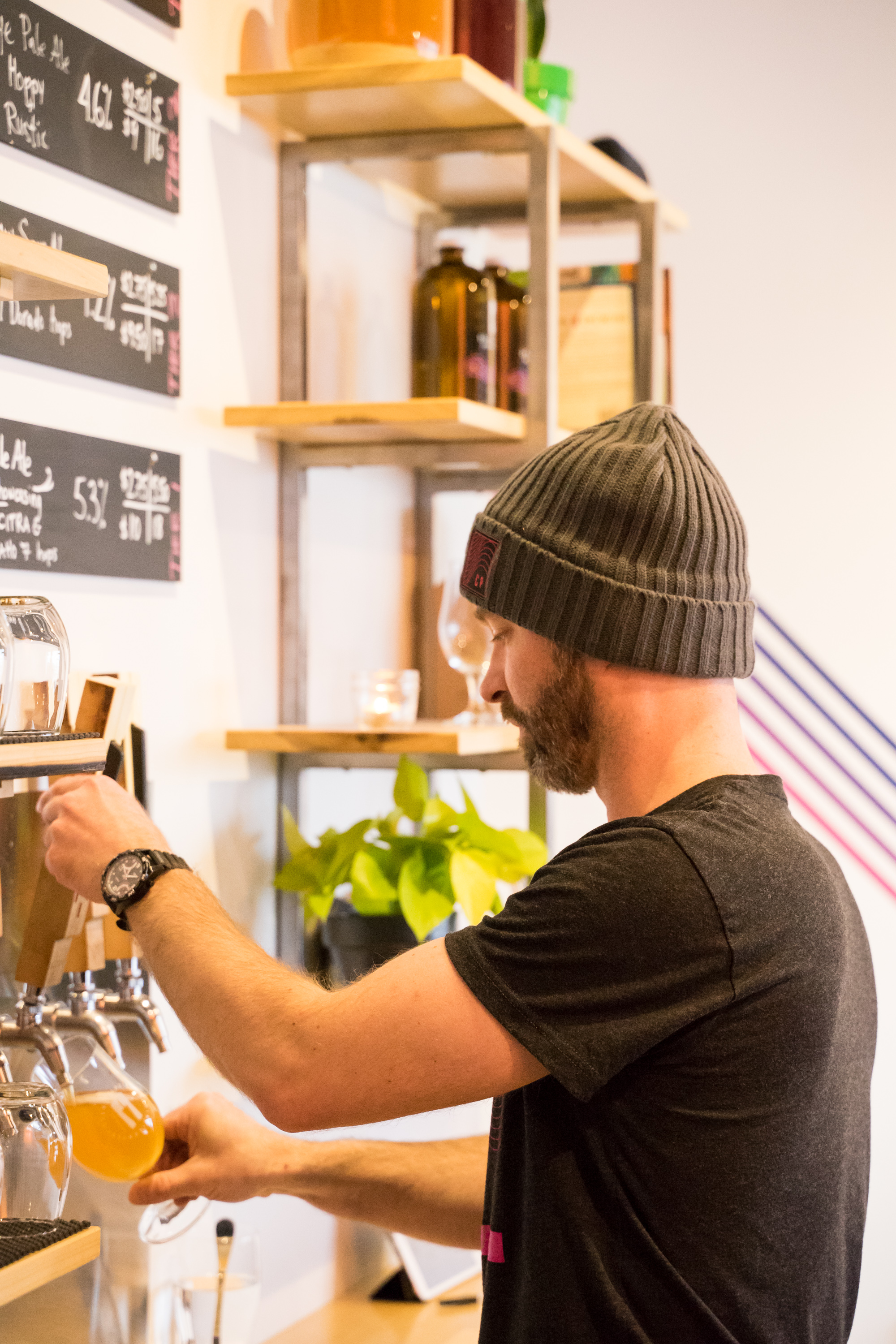 “Overall we want to be a place for old, young, men, women, all races, genders, and for people to feel like they can come hang out and try beer if they have never tried beer. The big topic right now is that it’s usually white middle-aged men who are beer drinkers and that’s old-fashioned,” Kobayashi said.

They wanted a welcoming concept, so when planning with designer Sara Collins of SJC Designs, they made sure to create an environment that wasn’t the traditional kind of bar with sports memorabilia on the wall.

They worked with her on colour schemes and details like wood and industrial features to create a soft, modern, clean look for the bar. They also had the artist Scott Everingham blow up one of his original pieces of art to use as a colourful wall mural.

Counterpoint’s philosophy is to brew small and often, providing a constantly rotating selection of taps and bottles. They have something new on tap every week and continuously experiment, trying new things with brewing. Right now they are quickly selling out of everything they make in house.

The majority of the space is behind the bar. Hrytzak brews the beer by hand after dreaming up new creations, while Kobayashi is inspired by the beers they’ve had or heard about, or by local fresh ingredients found at the farmers’ market.

“Rich [Hrytzak] taught me how to homebrew, and that’s when I realized that you could make good beer at home. A lot of peoples’ perception is that you need fancy big equipment to make really good beer, but it’s more of an attention to detail and planning,” said Kobayashi.

They say beer is a matter of personal taste, and love hearing what people have to say about their beer. 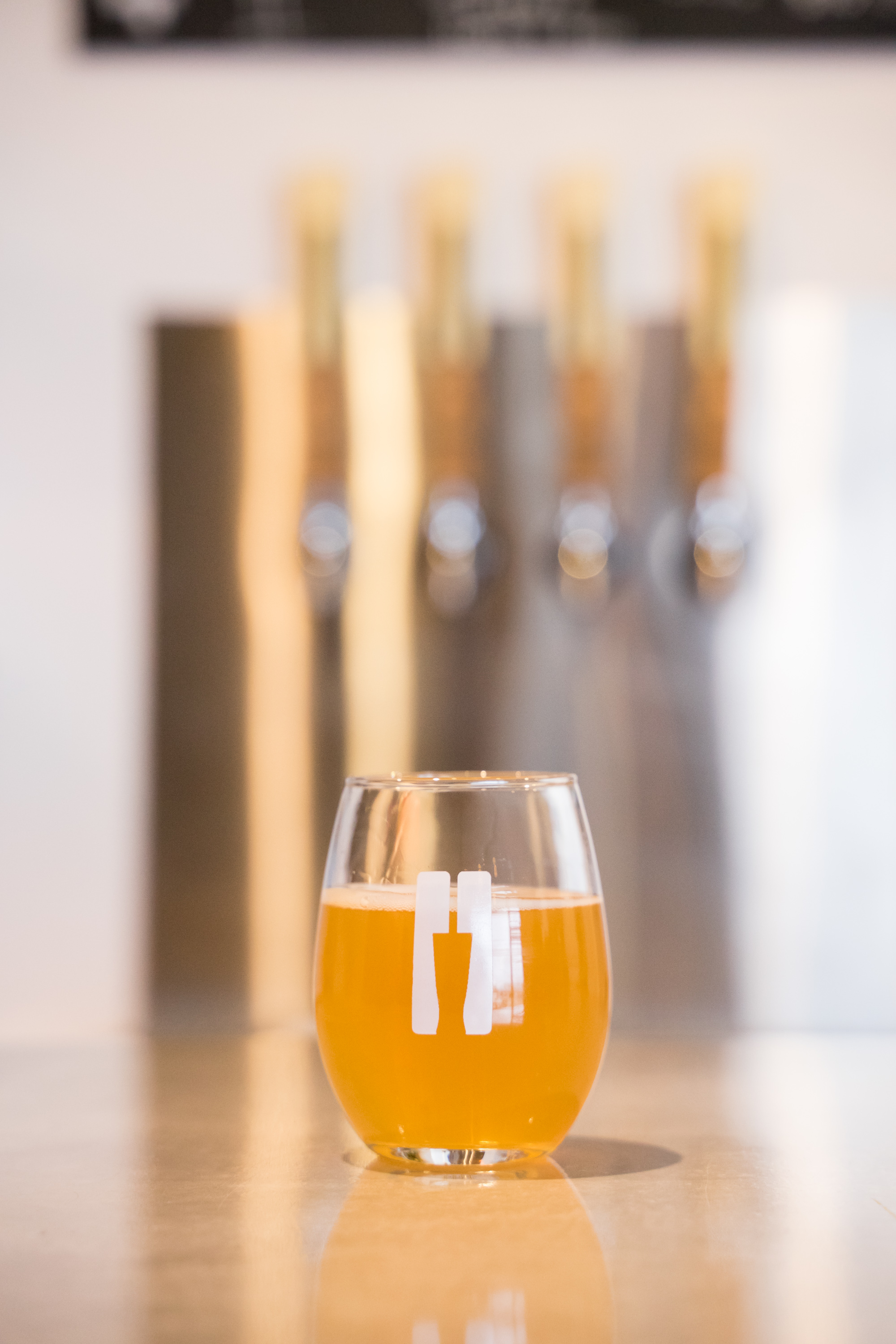 “We sell beer because we enjoy them and enjoy making them. We had a spicy dry porter with habanero peppers, and some people absolutely loved it, and some people hated it. Our inspiration is to keep pushing the boundaries a bit and seeing what people like,” said Kobayashi.

“It’s such a great community. In KW, people are bouncing from brewery to brewery to talk about beer, share beer, bring back beer to share with their friends, and it’s so cool. It’s a really good experience to be part of the brewing community here,” said Kobayashi.

Providing great quality beer isn’t the only thing they offer — they are hoping to get the community involved in creative play. They’ve hosted events like Babies and Brews for parents, as well as Drink and Draw, for those looking to combine art and beer.

“There’s a huge passion for beer in KW. We are pretty lucky — this community comes with its own customer base,” said Hrytzak.

When asked about future plans for Counterpoint Brewing Co., they said they are hoping to grow and make it easier to brew, but that it’s awesome just to have their doors open and people wandering in to drink their beer.

They hope people will notice the amount of passion they put into their beer and that everyone will feel welcome to come visit.