The Community Edition sent two intrepid reporters to sample and evaluate this region’s iced coffee offerings. Read on for tales of betrayal, survival and way too much caffeine.

“I can’t do this, it’s too much,” I muttered into my sixth iced coffee of the day at Kitchener’s Smile Tiger café, two stops before I collapsed in a mess of caffeine and ice cubes. My goal that day was 18 iced coffees from various cafes around KW, though it was actually a goal foisted upon me by this paper’s editor, who I will never forgive. While I really thought I could do it, my journey ultimately became a two-day marathon of visiting various independent cafes.

Day one took me around downtown Kitchener. It was pretty rough, but I learned a lot. Queen Street Commons has the cheapest iced coffee at $1.50 and it was really good, probably the best I had. The biggest glass was at Matter of Taste, which on any other day would have been a plus. The Yeti, I hate to say, was the worst – watery and all around not good. But everything else about the Yeti is amazing and you should go there right now.

Smile Tiger was pricey. Nova Era was okay. By Balzac’s and Café Pyrus my headache was so intense I was no longer of a sound enough mind to know what tasted good or bad. I gave up halfway through my mason jar at Café Pyrus, retreating home to take a 12 hour Gravol-induced nap. 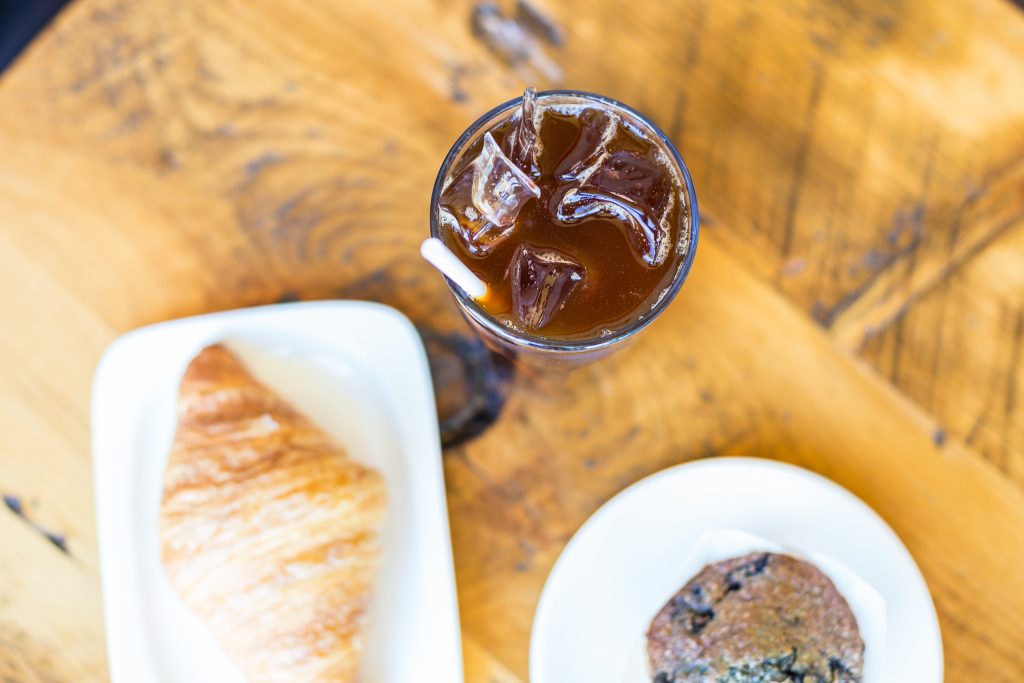 Iced and cold brew coffee are my favourite warm weather treats, but I would not recommend more than three a day. By my sixth, I was moderately frantic. I ate some Smile Tiger toast that calmed me slightly, but that was really the beginning of the end. [Ed. note: yes.]

A few days later I was back at it, but this time in uptown Waterloo. The Bauer café was my first stop, and I was still in good spirits. By the time I got to Settlement Co., stop four, I was a mix of super wired and exhausted, though still had enough energy to be annoyed at the $5 price tag.

In uptown, Honey Bake Shop wins for the best iced coffee — technically an iced Americano. I wouldn’t call any of the iced coffees I had uptown bad, but if I had to rank them, Settlement Co. would be at the bottom, mostly because it was not worth the money. Coffee based drinks should only be more than $5 when they are blended with soy milk or whiskey.

In short, you can get iced coffee pretty much everywhere. Some are overpriced, some are watered down, and they’re all full of caffeine. Just don’t drink them all in one day.

Caffeine does nothing but make me shake. I have never ordered myself a hot coffee, but I do like sweet things and corporate iced coffee (CIC) seems to fit the bill. While some chains get it right, my co-reviewer was quick to mention (and, annoyingly, she was right) that CIC is “like sweet watery milk.” All my CICs were ordered without special instructions, and as a rule I said yes to any offers of sugar, cream or other sweeteners.

While results vary from store to store, overall Tim’s iced coffee can be described the same as most of their menu: decent. The drink is sweet with a definite coffee flavour, but the main issue is that their product is often kept in an unrefrigerated tub. Tim’s is arguably best if you’re near one, you need a drive through, or you don’t take the word “iced” very literally.

The William’s CIC started off excellently, the first sip a sweet zap of goodness. But that’s where it ended. The drink hadn’t been stirred well enough and I was left with a tepid cup of cream. Why tepid? Three small iced cubes might have had something to do with it. This would have made William turn in his grave. Wiliam’s is best if you like to gamble, you like cream, and not ice cubes.

Cinnabon is probably not the first place that comes to mind when you think of a cold drink, but they deliver a solid cool cuppa joe. Their offering comes only in a vanilla flavour, which might turn some off – but turned this reviewer on. Cinnabon is best if you spend lots of time in malls, you like vanilla, and you like the smell of fresh cinnamon buns (everyone does, don’t lie to yourself). 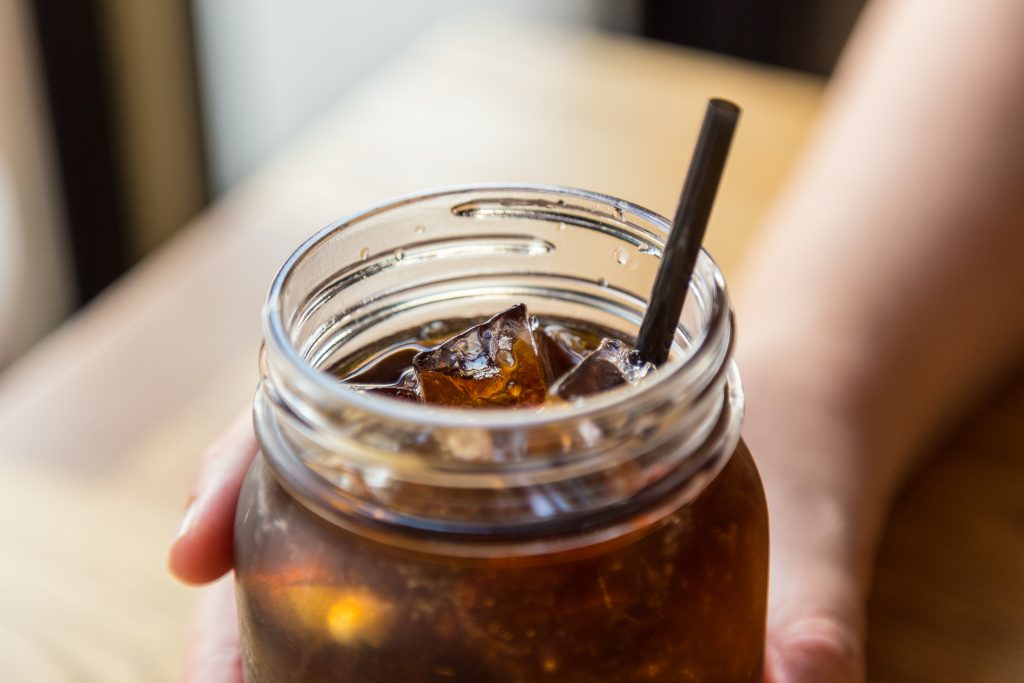 Sorry Coffee Culture, but I should have thrown my $3 down the drain. I hesitate to call it an iced coffee because it was literally a cup of cream and water with a few ice cubes. I threw it out within one block of the store, forgetting to take a photo in my cream water induced rage. Coffee Culture is best if the grocery store is out of cream and/or you need cream for the coffee you made at home.

The place that children call Starbs offers by far the most customizability of any place I visited. The green strawed beverage strikes a good balance between sweet flavours and coffee undertones, but the price is somewhat prohibitive for an everyday fix. Starbucks is best if you like the colour green, you like hearing your name, and you like getting what you pay for.

McDonald’s iced coffee is cheap, in summer roughly the same price as a handful of gumballs. Much like Tim’s, Ronald serves up a decent mix of sweet plus coffee, and you can order from their new touch screen robo checkout monster. McDonald’s is best if you like fries with your coffee, you want to finish your happy meal toy collection or you love the terminator series and can’t wait for judgement day.

Forget the slurpees at 7-Eleven, this corner store-cum-gas station has one of the best iced coffee of any limited liability corporate entity. You have to make it yourself by mixing the ice and coffee out of a machine, but this cheap delight is well worth the extra labour. 7-Eleven is best if you like to feel like you’ve made something, you’re charmed by the luxury that is 7-Eleven or you don’t mind the extra jolt of sugar.