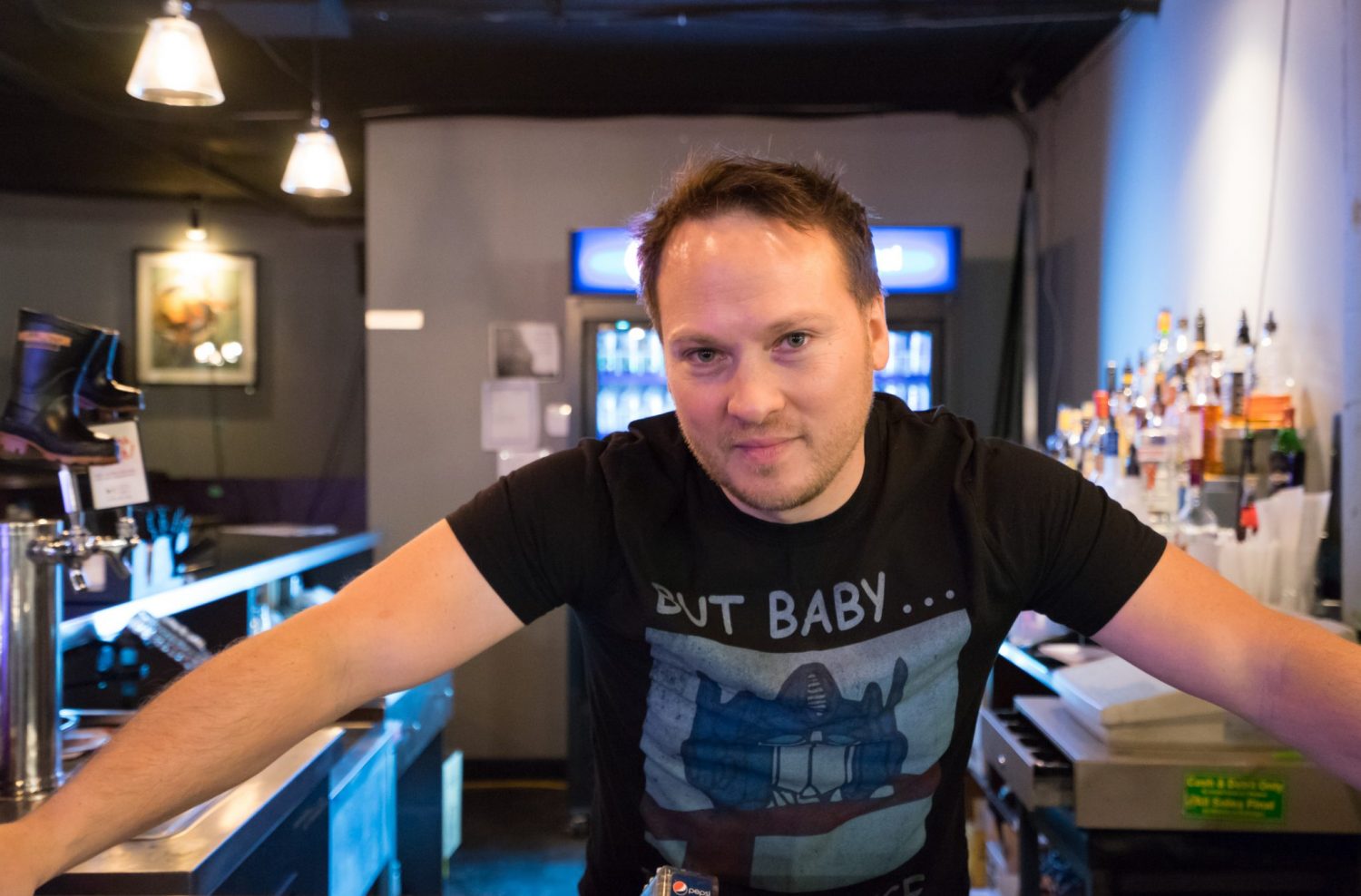 Located downstairs at the King and University Plaza, the recently opened Pin Up! Arcade Bar features arcade games that cover every inch of the wall. The room is filled with neon lights and mechanical sounds as tunes ring out of the scoreboards. Near the bar, a digital juke box is set up for the next group of customers to choose their tune, but owner Che Curnew keeps the seating area open for potential of dancing and live bands.

“A lot of people come in here and say it looks like a museum. In a way it is a museum; except it’s like a museum where you can touch things,” Curnew said.

Also the owner of Doogie and Pablo’s bar in Guelph, Curnew decided to open up a location gaming bar in his home town, Waterloo, with more of a focus on classics like pinball and electronic games from the ‘70s to early 2000s. The name “Pin Up” is also the name of the oldest pinball machine in his bar, as well as a reference to the pin-up art culture in the ‘50s and ‘60s. His goal is to pass on his love for these classic arcade games to the next generation and KW community.

“When I was a kid, every Saturday we would run down to the arcades and spend our allowances there. It was just the thing to do but after the ‘90s, location gaming was disappearing,” Curnew said. 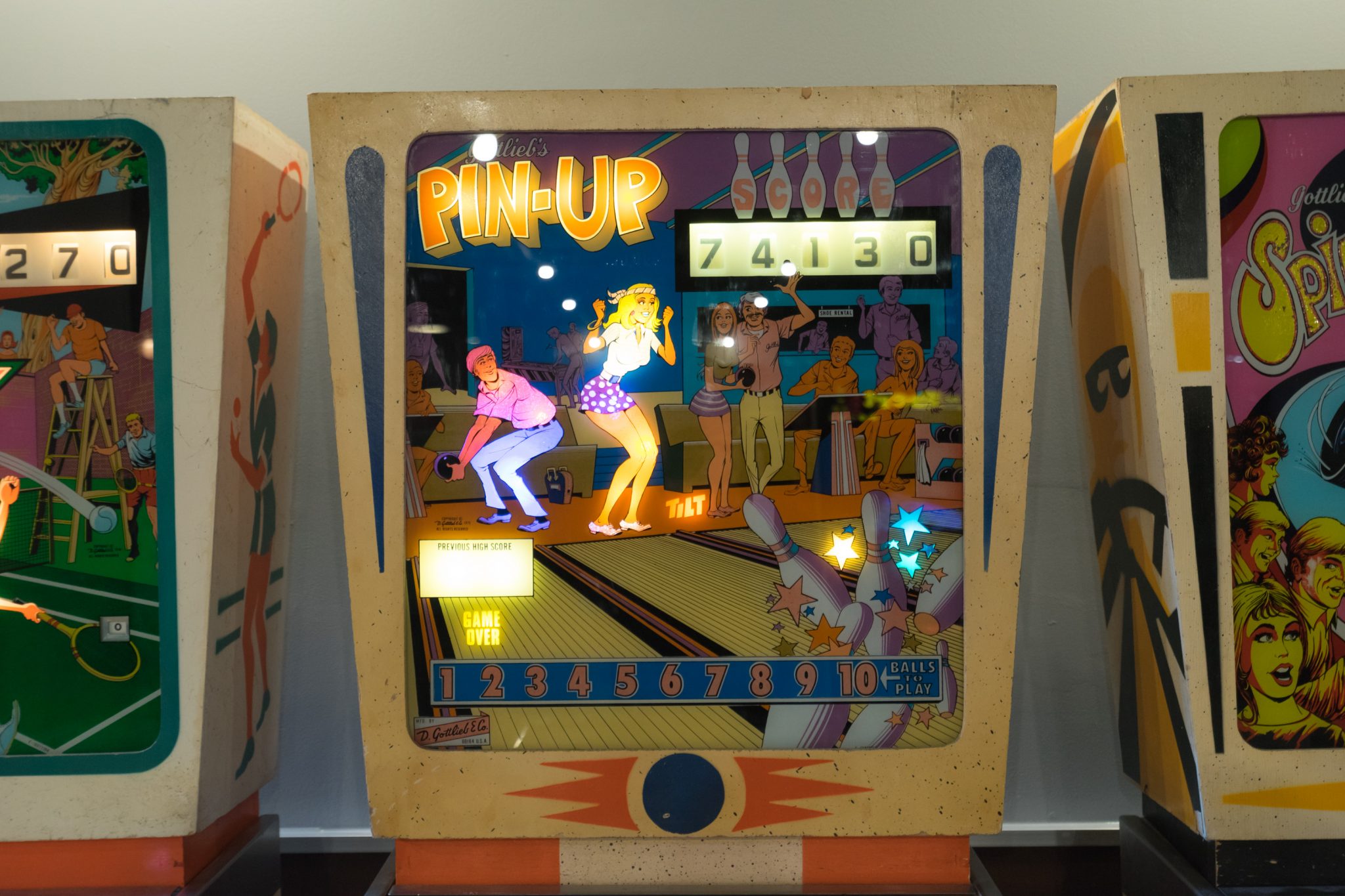 Arcade games and pinball machines eventually became a collector’s item, Curnew said, and thanks to these collectors, the pinball industry was kept alive and thriving.

A few years ago, Curnew began his own collection by purchasing his first pinball machine after a lot of support from the online pinball community. Fast forward to today, his arcade is filled with pinball machines, Donkey Kong, Dayton USA racing machines, filling the room with lights and sounds reminiscent of the days where you would beg your parents for quarters just to play a round of air hockey.

When asked why customers would come here rather than play with their at-home consoles, Curnew simply said: “it’s an experience here and a different type of socializing.”

For Curnew, it is all about promoting the pinball and arcade community to the next generation. As a graduate from Wilfrid Laurier University, he wants to ensure that his arcade is welcoming and accessible to younger audiences, which resulted in a five dollar flat fee for an unlimited play for games. In addition to hosting a pinball tournament, Pin Up! Arcade Bar will also be hosting more live music gigs and starting up a pinball league. 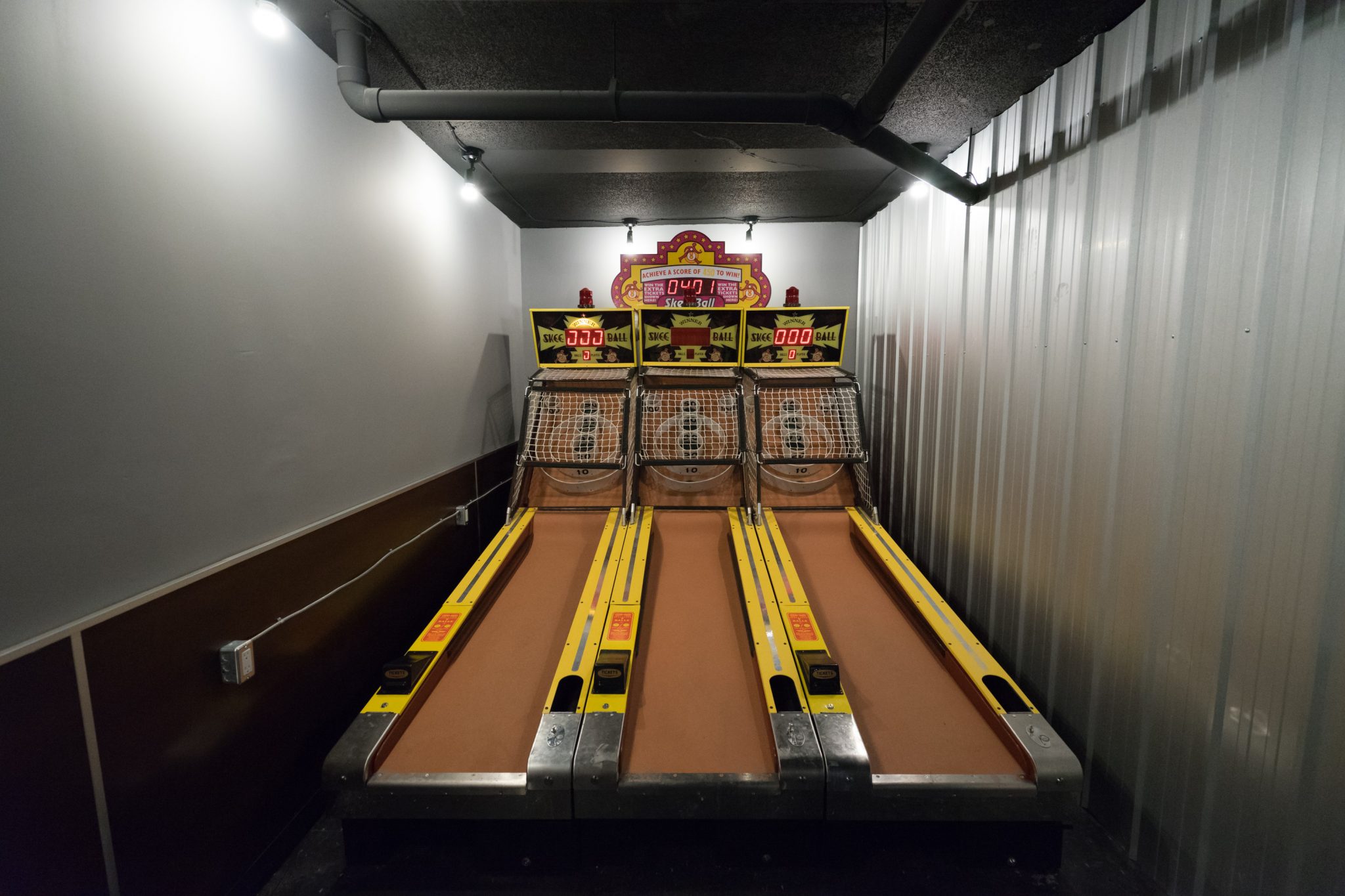 “A lot of young people have never seen or played a pinball machine, so you have people who are timid about a play per rate and don’t want to try it. Here, we charge a small entry fee and we have more people willing to try the older games like pinball. Then they start to see how it’s a really cool game,” Curnew said.