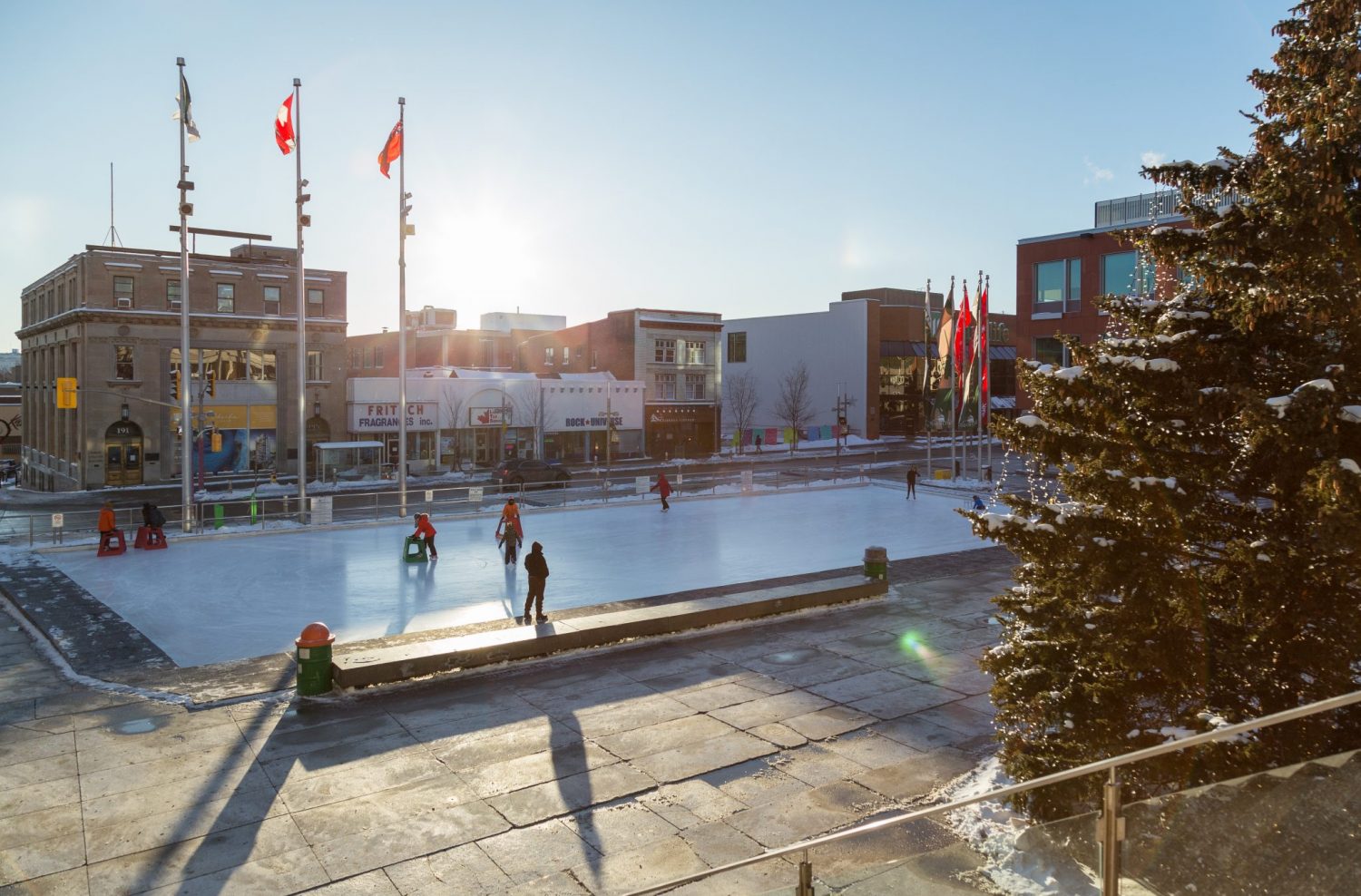 Kitchener City Hall opened in 1993 after a national design competition was awarded to Kuwabara Payne McKenna Blumberg Architects, a Canadian architecture firm. For the first 21 years of its existence, the space was called Civic Square, but on Dec. 1, 2014 was renamed to Carl Zehr Square, in honour of Kitchener’s longest serving mayor Carl Zehr, who served from 1997 to 2014.

From the time it opened to the public, Kitchener City Hall featured a large open square with a fountain, as well as a widely popular ice rink visible to traffic running down King Street. According to the City Hall Outdoor Spaces Master Plan, the exterior spaces were intended for community members to gather around and allowed for a variety of activities and events to take place. For a quarter of a century, the space has lived up to its original purpose and is still a beloved spot for permanent residences and guests of the community.

While the square has seen its high share of happy celebrations, events and shows, such as when Prime Minister Justin Trudeau was named the official keg tapper at the 2016 Kitchener Waterloo Oktoberfest Official Opening Ceremonies. However, the space has also witnessed local and external communities gather around to meet, grieve and remember. A prayer and solidarity vigil for the victims of a shooting at a Quebec City mosque last year on Jan. 29, was held in the Square. Through celebrations and grievances, the space has been one where all members and guests of the Region can come together and know, in such comfort, that a place such as this can exist.

With so much use of the Square, elements of the popular space began to grow old and withered with each event that was held there. In 2016, the City of Kitchener saw the need for repairs to elements of the Square, such as the concrete paving and the roof of the parking garage. Currently, there are cracks in the concrete and drainage issues with the Square’s fountain. This became an opportunity for the City of Kitchener to review how the Square was being used for the community and identify any changes that were needed to support future events that were to be hosted in the space.

Earlier in December, it was announced by Kitchener Mayor Berry Vrbanovic and the City of Kitchener that Carl Zehr Square is preparing for a long-awaited facelift and receiving the critical repairs it needs to host the annual and recent programming it sees every year.

According to 570 News, the vision of the new and improved Square will feature a shallow pool with water jets for kids to play in as the summer months arrive and the fountain will have an easier transition to a gathering area, among other plans for renovation.

The project, which is set to take place in 2019, is estimated to cost approximately $5.7 million. According to Vrbanovic, money for the project is set to be worked out in upcoming budget years, as well assisted support from infrastructure funds in both the Ontario and Canadian governments. 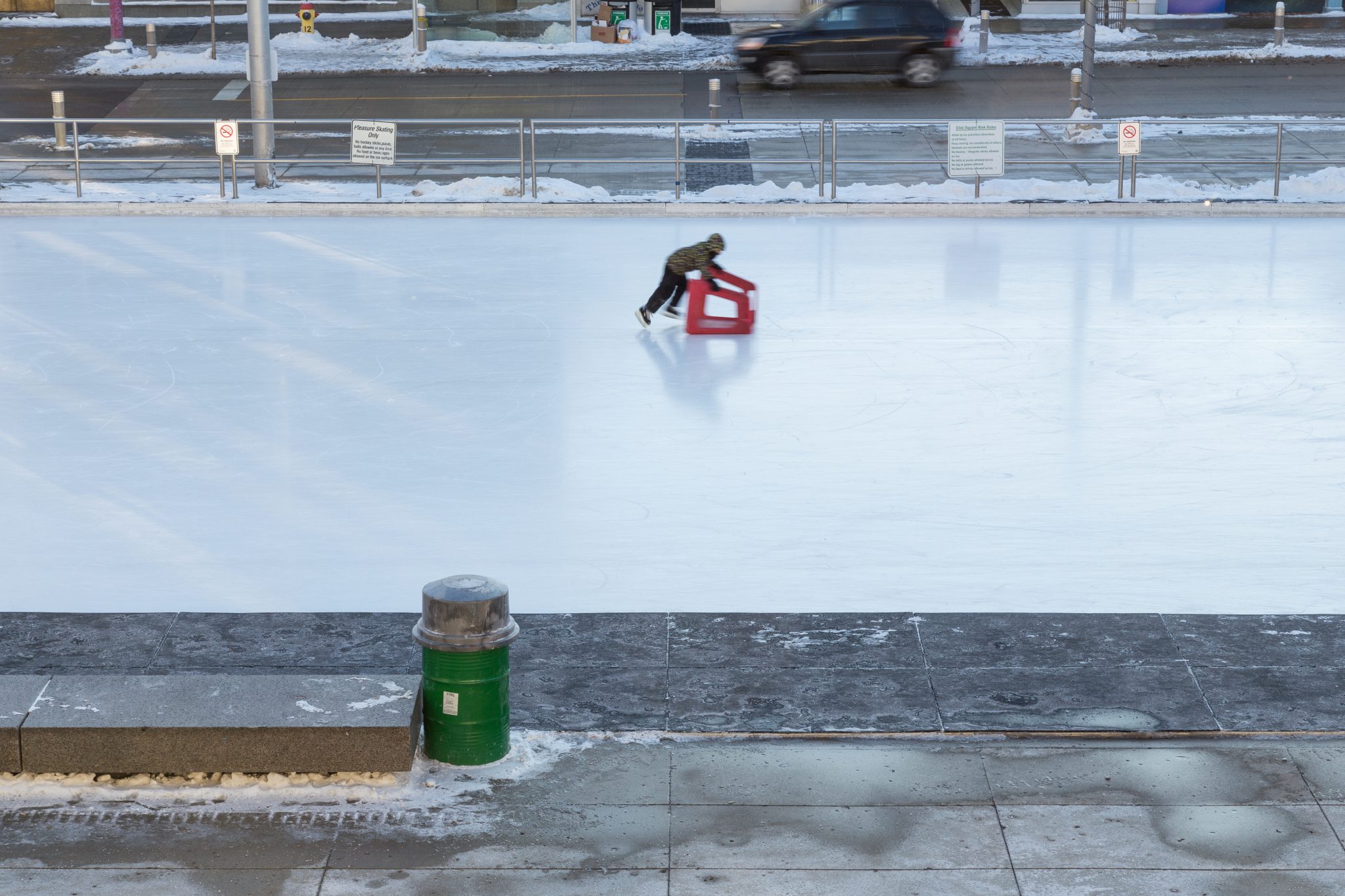 Jeff Young, manager of special events for the City of Kitchener, believes the renovations to the Square are more inclusive of future events and gatherings and therefore will enhance the overall experience for all audiences to the space.

Along with facelifts coming to the fountain, concrete and parking garage, the concrete stage, which sits currently at a 90-degree angle, will be turned onto a 45-degree angle towards King Street and Gaukel Street to hold a larger audience.

“It just provides a much wider viewing area for the guests at the shows, so the sight lines will be far better with the new design on the Square,” said Young.

In the last 10 to 12 years, attendance at events held at Carl Zehr Sqaure has increased over 30 per cent and from 2011 to 2016, the number of events have doubled. In 2015, 100 events were held and there are no signs of decrease. The Kitchener Blues Festival will see around 100,000 guests over its four-day time period and over 10,000 guests attend Kitchener’s Rock and Rumble festival, a recently popular summer event which is nearing its seventh year of production.

“Those are just some of the big events that go on in the Square and really, what it does is give us is a far more reusable space on the event site so it won’t feel as disconnected because it will really flow from inside City Hall, onto Carl Zehr Square, and right onto King Street,” Young explained. “It’ll be one nice smooth flowing event footprint for the guests when they come in.”

“It’s hypothetical right now and we have to wait to see what those construction plans are and how they’ll impact events and then we’ll make a decision from there.”

As the special events manager for over seven years, Young has his share of favourable events that he and the Kitchener Special Events team have organized over his career. Hockeytown, an event held in March where tyke players from the Kitchener Minor Hockey League play at the Square’s outdoor skating rink for a chance to win the Mayor’s Cup, is a small but extraordinary event that stands out for Young. 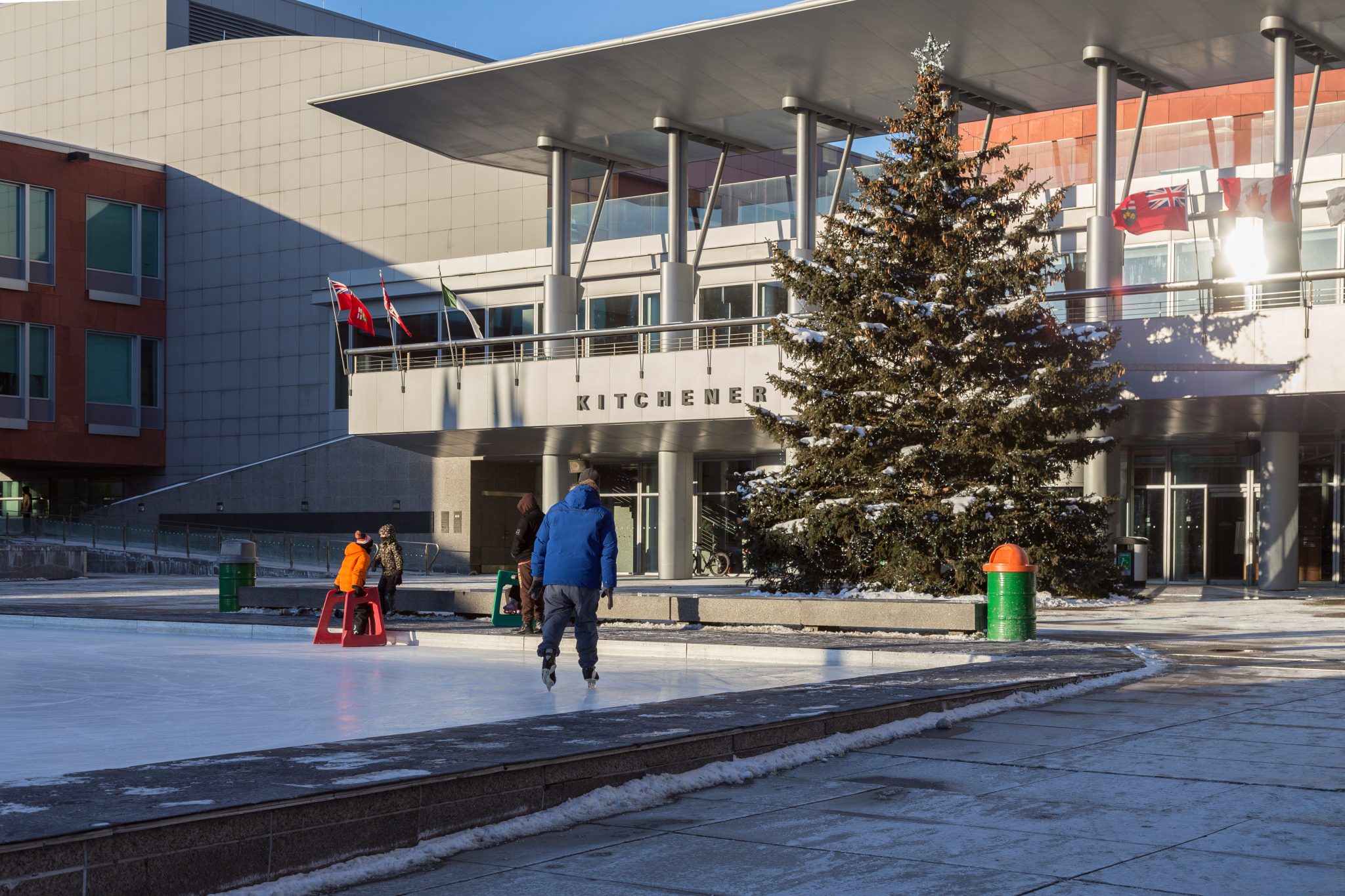 The Kitchener Summer Lights festival kicks off the summer season with programming held at the Square and King Street from 8:00 p.m. to early morning, and what follows are eccentric and annual must-see local summertime events, such as Canada Day, Rock and Rumble, Cruising on King and the Blues Festival.

Later in the year, the Square will host the opening ceremonies for Oktoberfest, the annual Christkindl Market, and finally, will end the year with the official Kitchener New Year’s Eve celebrations.

“We really try to have programming throughout the year onto the Square and take advantage of all the seasons, and we’ve done a pretty good job of that with the winter programming all the way into the summer,” Young said.

With 2017 New Years Eve passing and with renovation plans slowly coming into play, Carl Zehr Square is set to become the popular hub for a new generation of event planners, artists, local business owners and residents of KW.

“It’s only going to get better with the renovations,” Young said. “It really allows us the opportunity to expand that footprint and provide more activation spaces for the guests when they come to the events.”