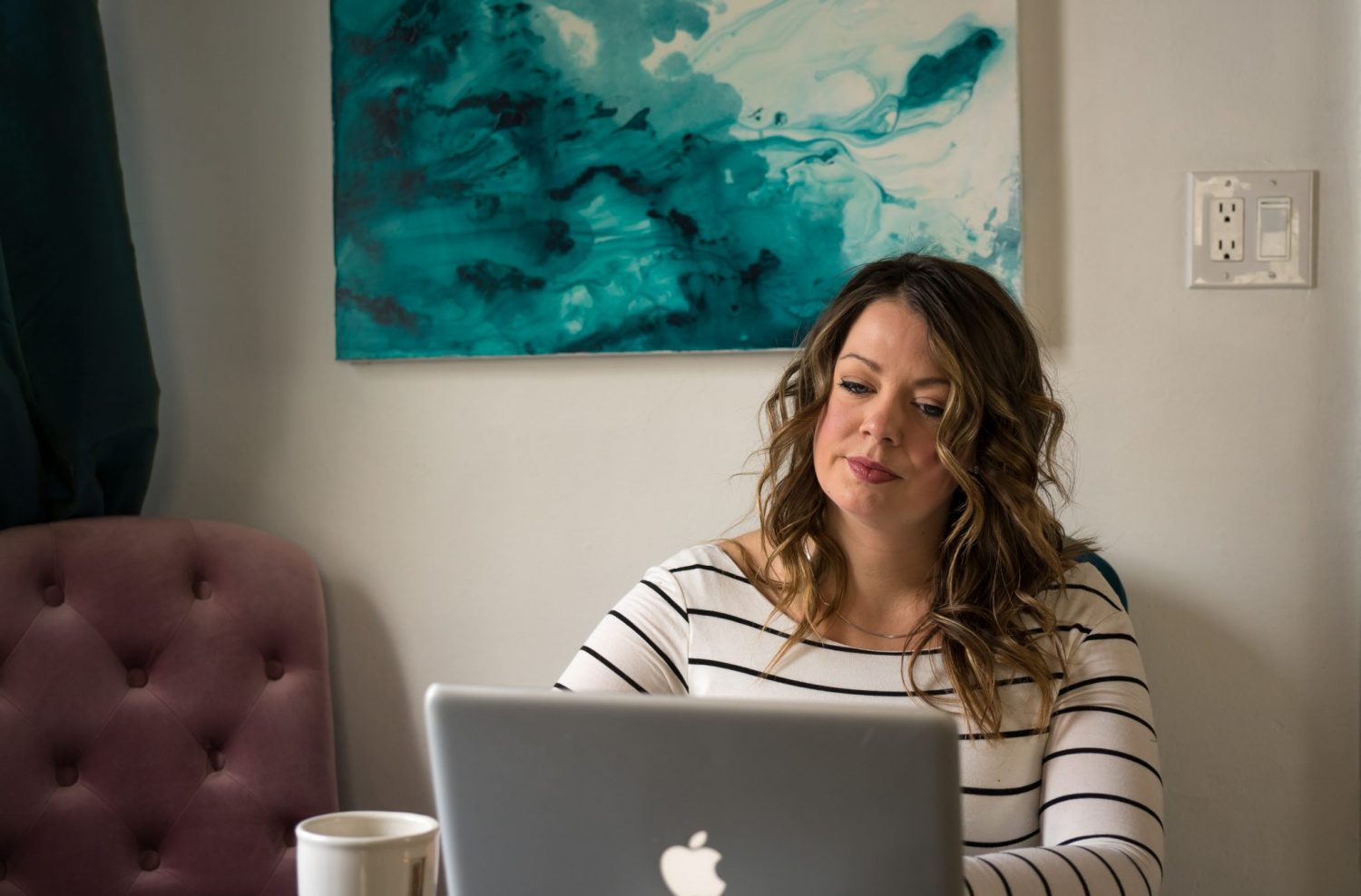 The Side Hustle: Lacey J. Heels and the Maker’s Collective

Lacey J. Heels has an infectious laugh. It echoed off the walls of her high-ceilinged, downtown Kitchener apartment as her dog Sidney, a rambunctious boxer, greeted me at the door with wet kisses.

“I’m a small-town girl from up north: Midland, Ontario,” Heels said. “I grew up around the water with lots of nature and lots of animals.”

“I came to Kitchener Waterloo in 2008 for school, but then I fell in love with this place so here we are, almost 10 years later.”

After graduating from Wilfrid Laurier University, Heels spent several years working with KW start-ups and then several more quickly climbing the ladder in the marketing agency world. In late 2016, she realized that she had a deep desire to strike out on her own.

“I was unhappy for a long time,” Heels said. “And that was a lesson to learn, for sure … “Put in your time,” is what we’ve been told as we’re coming up. And it’s true in a lot of ways, but I suffered. It was not good for my spirit.”

But it was in these challenges that Heels began to seize new opportunities.

“During that time I started to do things that I loved on my off-time. I would take on jobs and freelance projects that I liked to do with clients that I really enjoyed. I understood then that I wanted full creative control and wanted my client work to be partnership. And I also paint, so that was always a really good outlet for me.”

The wall behind the kitchen table in Heels’ apartment is adorned with one of her paintings. It is an abstract piece of textured turquoise, white and gold. The elemental swirls are reminiscent of a distant overhead shot of a tropical ocean scene.

Through local art shows and a popular Instagram account, Heels has become a recognized name in the local arts community.

Accompanying Heels’ creative explosion was the launch of LJH Creative, her own freelance marketing consultancy.

Though the switch to full-time solo work was initially exciting and liberating, the novelty quickly wore off.

“It was really hard, that transition,” she said. “I wasn’t seeing people every day. And that was the missing link for me. And it was winter, a classic Canadian winter, and so I was hibernating quite a bit in my house.”

Out of that season of hibernation her newest endeavor, The Maker’s Collective, was born.

“The Maker’s Collective actually happened out of a need of my own. When I quit my corporate job [I developed] this unhappy, lonely feeling … You realize you need to surround yourself with other entrepreneurs who also get it and are doing the same things and facing the same challenges,” she said. “So for me, I was looking for a community of creative types, entrepreneurs, people who are like-minded and hard-workers, and fun, and enjoy life.”

Heels explained that most of the maker’s groups in KW were niche groups, like groups exclusively for photography, or knitting, or quilting.

“Although I identified a little bit with a lot of those groups, I wanted something that could connect multi-disciplinary creatives in one space so that we could connect and help each other,” Heels said.

“That’s kind of why the Maker’s Collective came to be. I needed a community of makers, entrepreneurs and creatives that I could connect with and build relationships with so that we could help each other on this crazy journey.”

In December of 2016, Heels launched the Maker’s Collective website. In late 2017 she began dreaming up the Makers Co. podcast with fellow creative, Laura Hart, a project manager at a design agency with her own side hustle as a style coach. She hopes to be releasing regular episodes throughout 2018.

Lacey J. Heels is certainly embracing it all and we are excited to share in her journey, wherever it takes her.