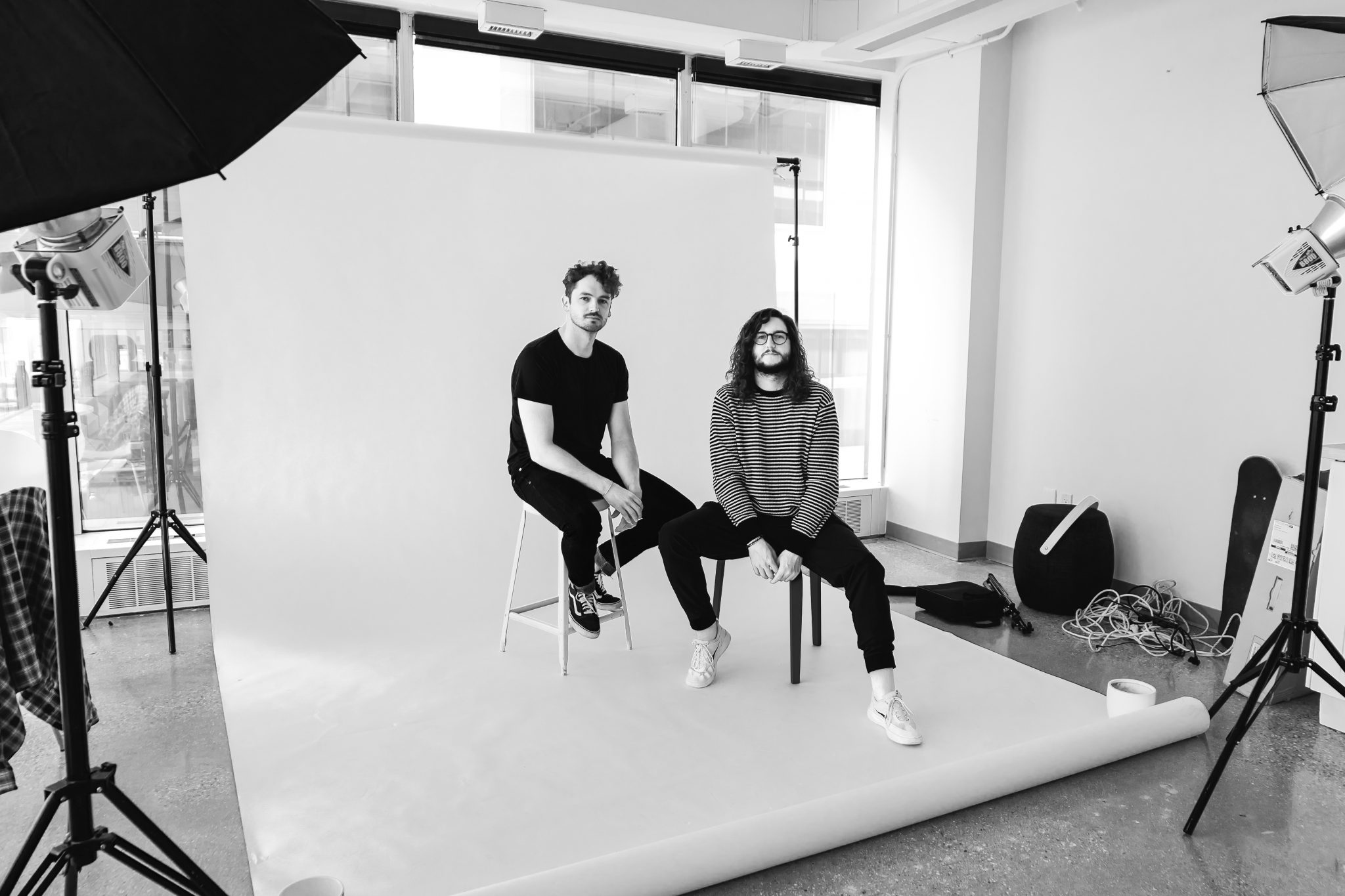 Although running a business always has challenges, wave after wave of lockdowns forced local businesses to be ever more adaptive.

Small, locally-owned retail businesses have dealt with everything from reduced capacities to full closures—while seeing big-box retailers stay open. Closed to audiences, movie theatres have survived by offering curbside popcorn pickup and poster sales. Bars and restaurants quickly pivoted to delivery and cocktails to go, hoping to stay afloat long enough for summer weather and expanded patios to bring people and revenue back.

Some stories of how the pandemic affected businesses are told in Business Unusual, a new documentary series from local filmmakers Kyle Sawyer and Taylor Jones. The series explores the different ways local businesses pivoted during the lockdowns. The episodes feature businesses from across the downtown and uptown cores, including the Apollo Cinema, Ellison’s Bistro, Cyclone Spin Studio, Crafty Ramen, and LenJo Bakes.

Sawyer and Jones were inspired by a similar series from the UK that showcased how restaurants there were managing during lockdowns. Both filmmakers live in downtown Kitchener and have relationships with small business owners in the area. They wanted to create a similar series that would tell those stories.

“For me, the story is about these people that have small businesses. They put everything on the line to give something to their community through that, and in some cases, the stakes are they cannot fail,” Sawyer said.

Each story began in a different place and situation. The businesses and the people running them were all unique, but they all faced the same obstacle: the pandemic.
“As you’re watching that first act, you know what’s coming. Then the resolution is that all of these characters are heroes of their own stories. They needed to tackle what was sometimes seemingly insurmountable, yet they all survived. That arc that makes a really great story,” Sawyer said.

The struggles for each business owner are as different as their businesses. Sawyer said many of the business owners faced significant financial issues if the business failed. Others had to leave child care and at-home learning to their partners to focus on the business. However, selecting which businesses to include in the series was simple because all of the owners were so passionate.

“Whenever you interview someone about their favourite subject, it’s so much easier to have a good conversation. We lucked out with ten amazing characters and ten diverse businesses,” Sawyer said.

“I feel like it’s almost therapeutic for them. For many of the interviews, they’ve said, you know what, I’ve never really actually thought of it that way,” added Jones.
In one interview, Sawyer and Jones asked what it meant for a husband and wife team to work together so closely tackling a major problem一they said they did not think about it, there was no question about working together for their business.

While many businesses found ways to stay open and serve customers, others took the pandemic lockdowns as an opportunity to change their business plans. For example, one episode features Crafty Ramen, a Guelph-based restaurant which expanded into downtown Kitchener just prior to our first lockdown. During the pandemic, they pivoted to ramen kits for home delivery for which their downtown space is a production facility. The kits became their primary source of revenue.

Apollo Cinema went through many changes before reopening in July when Ontario moved into stage three of its reopening plan. The independent theatre offered many services to stay open, from popcorn pickup to becoming a bar.

“They became everything but a theater. They started at a bar and were playing movies in the lobby. But you couldn’t go into the theater there,” Sawyer said.

Jones said each story shares a common theme beyond surviving the lockdowns.
“Every single one of them mentioned community support. They all really relied on their community to stay afloat,” Jones said.

Sawyer hopes the stories will inspire people to return to old favourites and discover new ones as lockdown restrictions ease.

“These small businesses are ingrained and woven into the DNA of these cities. I think we realized over the pandemic that they’re more important than how we’ve seen them. They bring us together. They bring us food. They bring us joy. They bring us into a safe spot where we feel comfortable to talk to people,” Sawyer said.

“A year without being able to do it is a really good reminder for everybody to support our local businesses because without them we won’t have those places to go to that we love and enjoy,” he said.

You can learn more about the Business Unusual series, including opportunities to sponsor episodes, at businessunusualseries.com.

Alex Kinsella is a freelance content marketer and writer based in Waterloo Region, Ontario. He's behind the TL;WR newsletter–Waterloo Region's weekly events newsletter. He's worked with some of Canada's most well known tech companies in roles including customer success, development, product management, PR, social media and marketing. Alex has contributed to publications including BetaKit, Grand Magazine and more.