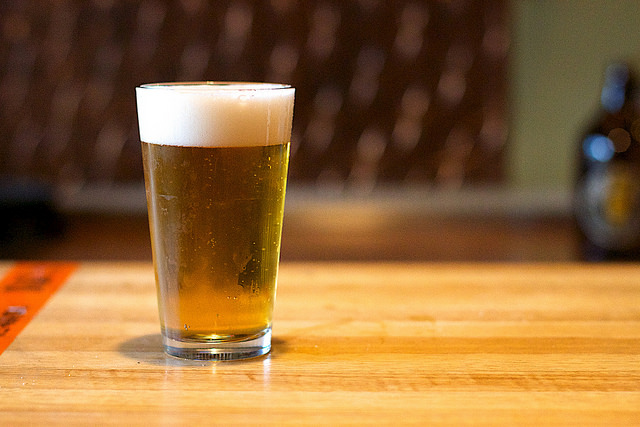 Summer is coming, which means it’s time for some new beers to hit the LCBO. So, finish up your stouts and make room in your fridge for fresh batches of wheats, session IPAs, radlers and saisons.

Saison is a term that you’ve likely seen on the LCBO shelves here and there. With some people complaining that breweries have jumped the hoppy IPA shark, beer drinking palates progressively opening to new tastes, and the saison style itself offering a big field of play, I wouldn’t be surprised if this summer we see a big influx.

But just what is a saison?

By most accounts, the saison style originated in the 1700s in Wallonia, the French-speaking part of Belgium. Farmers would brew the beer in the fall, using what was available from that year’s harvest, and ferment the beer over the winter. The beer would then be served to the seasonal farmhands (“les saisonniers”) while they worked the crops during the hot summer months. This was likely another case where beer was safer to drink than the water available, and so the saison would have been the worker’s primary source of hydration. While modern saison’s usually have a five to seven per cent alcohol by volume, their original counterparts were closer to 3.5 percent ABV, which is good, because in some cases farmhands were entitled up to five litres a day.

Saison recipes varied widely from one farmhouse to the next, but were always intended to be refreshing. Depending what was on hand, they included spices or various additives. As Europe industrialized and potable water became more commonplace, the saison style became less and less common. A few small Belgian breweries kept the style alive, until fairly recently when it has become popular again.

Like the original saisons, today’s recipes maintain a broad flavour profile, though the yeast flavour is a defining characteristic. Breweries still use a variety of ingredients, creating their own take on the usually unfiltered, bottle conditioned brew with complex flavours. Saison-specific yeasts, and other strains suitable to saisons, typically impart fruity, tangy flavours, and a billowy head, with an almost champagne-like carbonation.

So now that you know what a saison is and where it comes from, which one(s) should you drink this summer? Saison Dupont, one of the best examples of the style, was readily available in the LCBO last year, and hopefully will be again. Personally, Boulevard Brewing Co.’s Tank 7 Farmhouse Ale was my favourite LCBO offering in the style last year. King Street Saison from Block 3 leans a little heavier on the ale side to me, but definitely bears that saison yeast flavour, which might make it a great entry point. Block 3 has been doing a lot of good work with Belgian yeasts, so if you like the flavour, keep your eyes open as we’ll hopefully see more from them, and from others. Whichever you choose to help you stay hydrated — while working on your crops or your tan — I’m sure you’ll find a refreshing beer with interesting flavours.