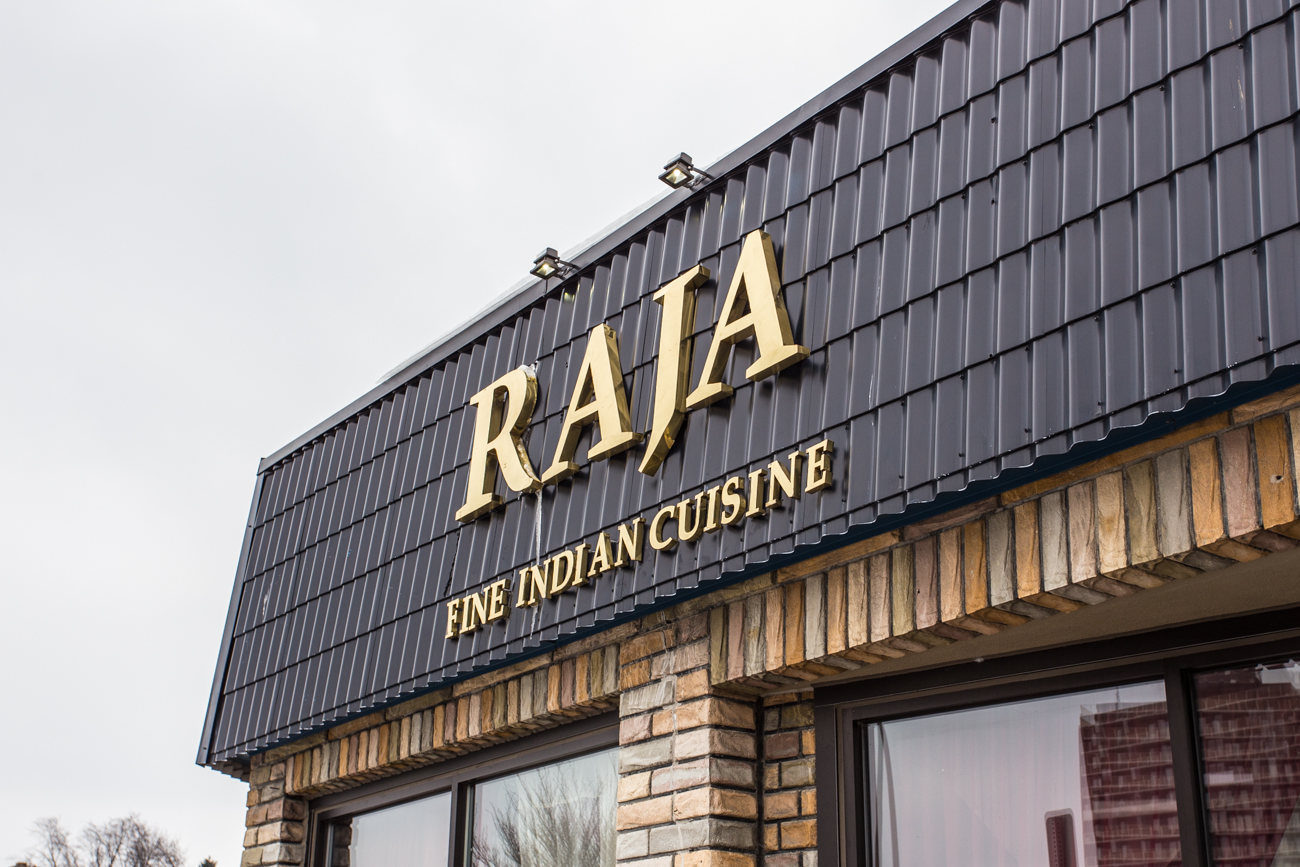 Opening a restaurant in trendy Belmont Village can be tricky. Belmont gets pretty quiet after sundown, when most retailers have closed their shutters and headed home. Bicycle and foot traffic is helpful, but it’s nearly nonexistent during the winter season. Still, in the quiet month of February, a new restaurant has opened in Belmont Village.

With little fanfare (save for an unassuming sandwich board proclaiming “Now Open!”), Raja has entered the fray of Kitchener-Waterloo eateries. And get this: with no advertising except word of mouth, there’s hardly a single table available on a Friday night. With the opening of their K-W location, Raja (which means “King”) is officially a chain, with their flagship restaurant having been open in Strat- ford for several years.

Stratford has been a great fit for Raja, with many theater goers looking for an upscale meal to round off their evening at the festival (Oscar winner Christopher Plummer even has his own table).

Why then did they set their sights on K-W next? Simple, explains partner/ manager Saifur Rahman.

“Many of our customers are from Kitchener-Waterloo,” explains Rahman. “They dine with us in Stratford, even off season when there are no shows running. They’ve been asking us to open in K-W for some time now.”

Patience has paid off for these loyal fans of Raja. The restaurant owners had their eyes set on Belmont Village, with its perfect proximity to Kitchener and Waterloo. After a failed attempt at renting part of the former Vincenzo’s location, Raja finally found its new home in a former convenience store.

You’re personally greeted and seated by Rahman, who clearly takes great pride in his restaurant. I confess to Rahman that my knowledge of Indian food is fairly basic (I tend to stick with staples like butter chicken and samosas). He urges me to try a sampler dinner for two, which features many different tastes: spicy and mild, seafood and lamb, coffee and dessert. And of course, my butter chicken.

I’m a little embarrassed to admit this, but as each dish arrived, I felt more like Dorothy in the Wizard of Oz. My past experiences of Indian food were black and white and now I was tasting it in living Technicolor. It was as if I was experiencing the true flavours of India, as they were meant to be experienced.

First, we were served complimentary chutneys (each unique), followed by an appetizer dish with a lamb chop that could have been my main course. After the entrees, we finished with pistachio kulfi (KOOL-fee) for dessert. Kulfi is similar to ice cream, made

by boiling milk, adding the nuts and spices, then flash freezing it.

The service was exceptional, including both owners taking the time to speak with each table of guests. Raja also offers a private dining room for corporate or large family functions.

Visitors to Kitchener-Waterloo and residents alike will enjoy their evening at Raja – but be sure and call ahead. With food like this, reservations at Raja will soon be in high demand.