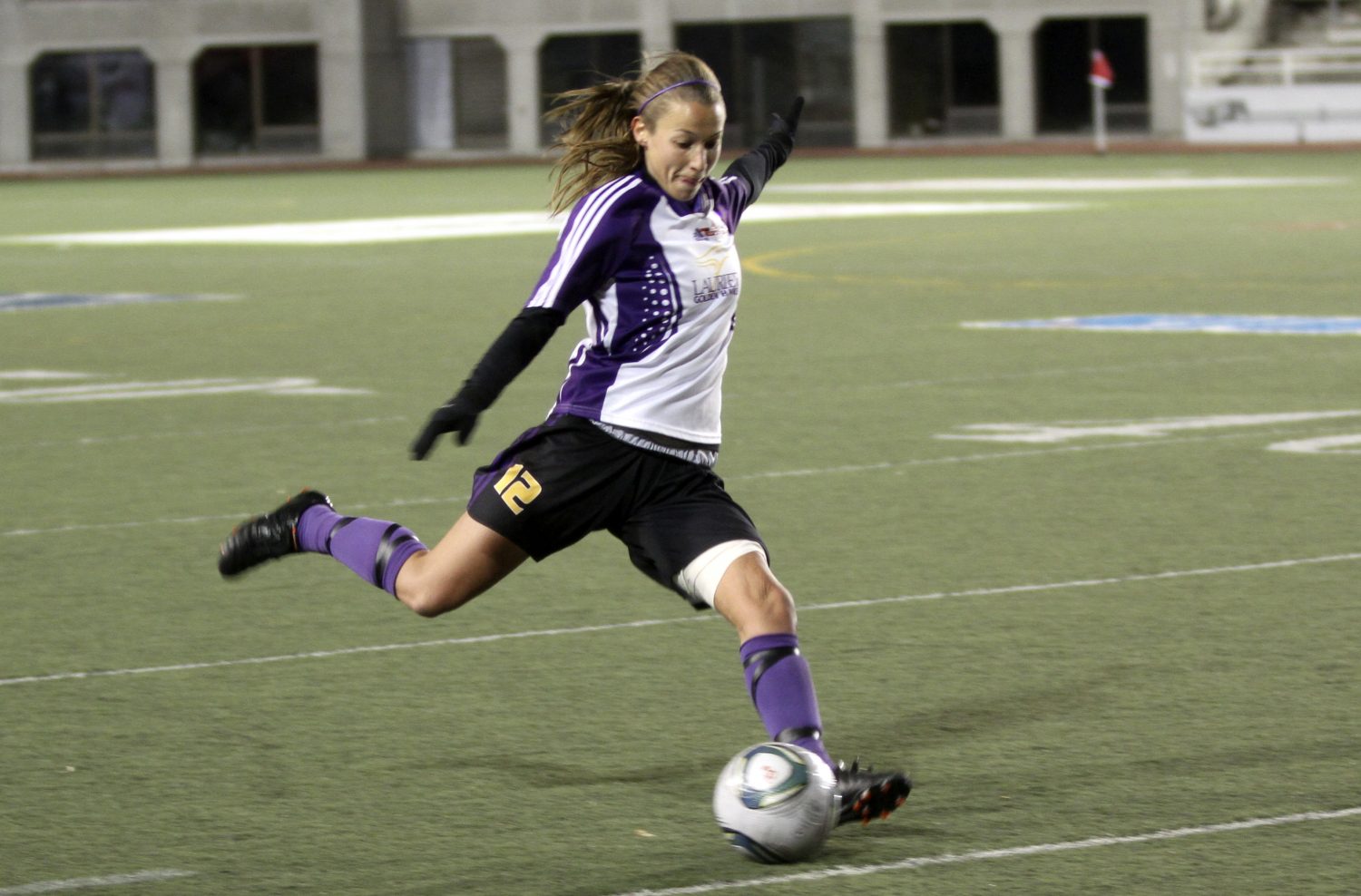 Back across the pond

When she was growing up in Kitchener, Alyssa Lagonia didn’t know it was even possible that the sport she loves could be her full-time job.

But that’s exactly what the former Laurier soccer star finds herself doing now. In late January, Lagonia joined the second professional team of her young career, earning a spot with ASD CF Bardolino Verona of Italy’s Serie A — the nation’s highest level of professional soccer.

“I never really thought this far ahead,” said Lagonia over Skype from her new home in Verona. “I always had my heart set on going to university and playing in university and that was where it started to become a real dream of mine. Throughout university I found that that’s what I really wanted to do.”

Lagonia — who has had multiple stints with Canada’s national team — saw her professional career begin just a few months after her time at Wilfrid Laurier University ended.

After her Golden Hawks were eliminated from the Canadian Interuniversity Sport (CIS) final in November of 2011, Lagonia finished up the fall term at Laurier and by March of 2012, she had signed a contract with the Doncaster Rovers Belles LFC of England’s FA Women’s Super League.
While Lagonia said she certainly enjoyed playing in Doncaster — where she scored two goals in 14 games —, the league was only semi-professional. This meant the players were only on the field two days a week, and most of them had to take on a second job. Lagonia paid the bills by working in a local bar.

So after the English season ended in October and Lagonia spent a few months at home in Kitchener, she couldn’t resist when Bardolino offered a tryout in early January. A tryout that would eventually earn the 23-year-old her first fully professional contract.

“We’re strictly here to play, which is amazing,” said Lagonia. “We train a lot more often, we only have two days off a week, wheras in England we had five or four days off a week,” she added with a laugh.

However, the heavier training schedule isn’t the only adjustment Lagonia’s had to make in Italy.

“I have an Italian background, but I don’t know the language unfortunately,” she said, adding that she’s going to school to learn Italian. “I’ve already picked up quite a few things from the first few weeks being here, but it’s little steps. Very little steps.”

While Italy’s professional women’s league is certainly more established than England’s Super League – which has only existed for two years – Lagonia said she was surprised by the lack of support for women’s soccer in her new home.

Lagonia said that last year was the first time Italy recognized a female player of the year and hopes that the women’s game will continue to grow. “It’s a slow process,” she said. “It’s definitely not something that’s going to happen over night. It’s going to take some time.”

Lagonia hasn’t been able to suit up for Bardolino — who is currently in fourth in Serie A — as she waits for her transfer from Doncaster to be finalized. However, it’s given her time to take stock of how lucky she is to be getting paid to play soccer.

“I’m doing the thing I absolutely love more than anything in the world,” she said. “As long as I’m healthy, I don’t see why I’d be stopping any time soon.”