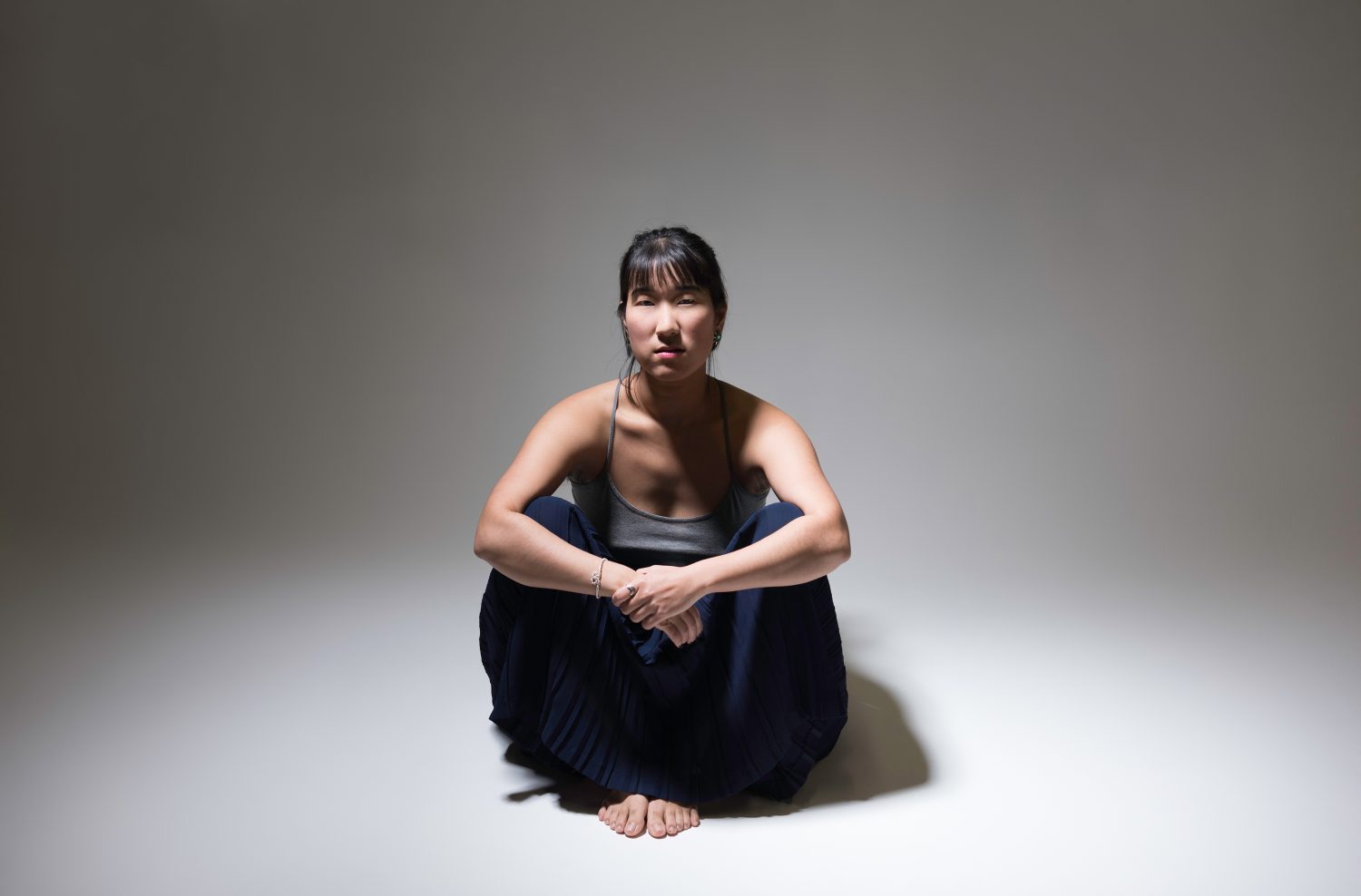 Artin’ Around With Janice Lee

From the outside, Janice Lee has had a successful year. She received the “Leading Women, Building Communities” award from the Ontario Women’s Directorate, was the 2015 Oktoberfest Woman of the Year in Arts and Culture, and as the City of Kitchener’s 2015 Artist in Residence, just wrapped up her Folk Myths of Kitchener project.
Given these accolades, you might be surprised by a recent post on Lee’s blog, entitled “I feel like giving up.” In this post, Lee describes being exhausted by the token support she receives for her art, her role as the go-to champion of K-W’s spoken word scene, and the systemic oppression she experiences as a woman of colour.
In addition, Lee’s art is literally not paying off. While working as an artist in K-W, Lee’s income has always been below the poverty line. She shared this fact at a recent Kitchener council meeting, and concluded that the challenges of living as an artist in K-W have prompted her to consider leaving the region—and her artistic practice.
Amid the uncertainties in Lee’s life, she continues to care for her art and for K-W. The interview below is a testament to Lee’s will. Despite hardships she still believes in her art, her fight against social injustices, and that K-W is a place where the arts can flourish. In the new year, Lee will release her sophomore album, Sing Hey. TCE sat down with Lee to ask about the album’s genesis and intent, and to gather her reflections on the arts community in K-W.

TCE: Last month, we published an interview with the Canadian musician Owen Pallett, where he talked about art and community. You’ve read the interview, any thoughts?
JL: I totally understand what he’s saying, [that] if you say there’s no art scene then there is no art scene. But what is an art scene? Is it audiences that come to shows or is it a community of people who actually have conversations with each other and know each other and have relationships… I do agree [with Pallett] that you have to build it. You can’t complain that it doesn’t exist and do nothing… I definitely feel what he’s saying, that the [art] community can only exist if everybody contributes to it and believes [in it].
TCE: Your new music is unrelentingly feminist and anti-racist. Do you want to talk about what it was like writing this material, where it came from?
JL: I actually felt, this time around, pressure on myself to please my audience. I had to fight that and just write and record the album the way I wanted. As a performer you can feel when the audience freezes to you and the audience doesn’t give you the warmth, because now I’ve talked about the responsibility men have to feminism and the men feel alienated… I want my audiences to like my performance but this year it’s really become clear that the content and the conversations that I want to forward are more important than people liking me or liking my Facebook page.
TCE: So what do you hope the listener will take away from your new album?
JL: I want the album to affirm experiences of sadness and struggle. That that’s not embarrassing, it’s human, it’s normal. The song “All The Times You Were Silent,” the opening track, is a reminder for myself that I have power and can take responsibility in making change. Hopefully that will also empower others. As the album progresses you’ll also hear sometimes it doesn’t have to be you. Sometimes you are too tired and that’s okay.
TCE: As a white, heterosexual, male, settler what can I be doing in my everyday life to make the world a less oppressive place?
JL: I think that’s great that you asked that question, what can I do? If I could just catalyze that question I’m happy. I don’t have all the answers. The album is not a solution book [and so] if the album made you ask that question I’m happy. I’m an artist… I want to light sparks and then other people can fan the flames and do their own thing with it.
TCE: In “Oh I Owe” [from Lee’s new album Sing Hey] the refrain is “I want to be free.” What would make you feel more free?
JL: That’s a huge question! I want white people, including my white friends, to think critically and self-reflect on how white supremacy manifests in our relationships. Those are hard journeys to go through together but if you really love somebody and you want them in your life for a long time you got to do the work. We’ve grown up in this generation that thinks racism isn’t really a thing anymore because we grew up in such multiracial classrooms but that doesn’t mean we addressed colonialism. Love me if you want me to be free, and love is a verb right?
TCE: I’ve read on your blog that you’ve been feeling like the pressure really lies on your shoulders to reinvigorate the K-W art scene. But who else is involved in moving the arts forward?
JL: There are a lot of house shows now. There’s The Neighborhood, The Fireplace, and The Branches was the key one that ignited a lot of this local folk community and social justice art. Open Sesame is a new space that just opened, we just had our first [poetry] slam there this weekend. … It was great and the people there really want to animate their space with art and they’re really supportive. So I don’t feel hopeless about the scene, there’s lots of awesome things happening. It’s just this year I’ve been feeling burnt out. I’ve been giving a lot and people aren’t realizing that they also have to reciprocate. You can’t just take from the arts community, you also have to participate and give to it, right? Whether that’s just as a listener or buying the art.

So, can Kitchener care better for artists like Janice Lee? If so, who should care and how? Should the market decide who can afford to do art in K-W? I don’t know the answers to these questions. I do know that an artist should not receive empty thanks for hard work. People can show their real and sincere thanks for Lee by attending the album release party for her new record Sing Hey, on January 21, at the Boathouse.