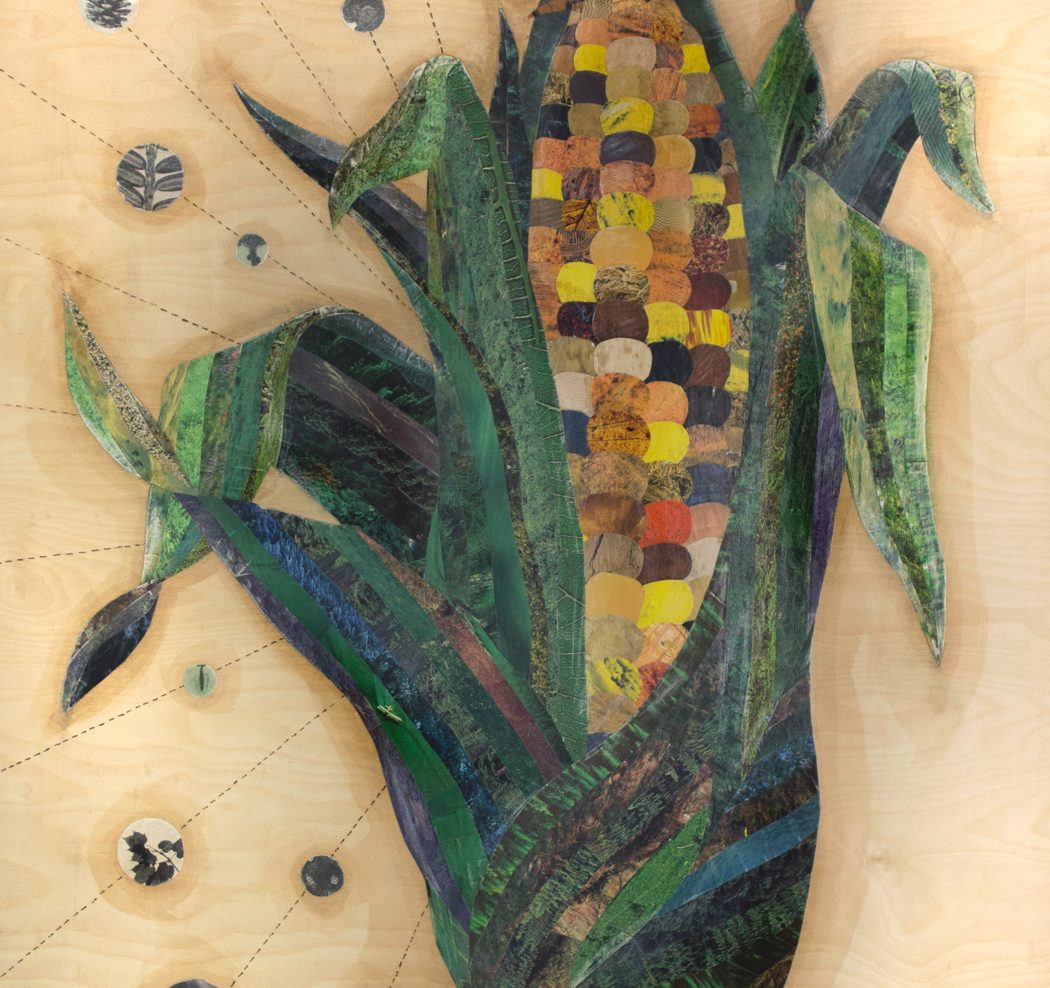 Artin’ Around our Bioregion with Meg Harder

Art means a lot to Meg Harder. It inhabits a significant place in her personal life, but more important is how attentively Harder contemplates and constructs meaning in each of her artistic creations.

“I always enjoyed art as a hobby,” says Harder, “but I didn’t start thinking about what art could do in the world until university.”

After graduating with a degree in fine arts from the University of Waterloo, she chose to remain in the area and now calls Kitchener home.

There is a noticeable richness of thought in all of Harder’s work, and she credits her most recent inspiration to bioregional theory. In this framework, humans seek both physical and spiritual sustenance from within natural borders, like watersheds or ecosystems, rather than within those we’ve drawn ourselves. 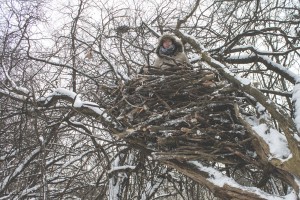 Meg Harder on top of her piece, “Future History of the World I.” PHOTO COURTESY MEG HARDER

“I have tried to consider which ecological features weigh heavy on the collective consciousness of the people who might live in this region. Looking at the stars in the sky from this latitude is a recognizable connection to this place. The Niagara Escarpment is a land feature that is very present in the stories we share, same with the Great Lakes, Bruce Trail or Grand River watershed.”

In December 2015, Harder exhibited this series in the gallery space at the Kitchener Public Library. She created the large exhibition, called “Mediating Nature,” with funding from the Waterloo Region Arts Fund.

As Harder explains, this series is about “being a mediator between the natural world and the human world, with the hope of strengthening the relationship between the two. But it’s also ‘to mediate’ in the sense of creating, or making, artistic materials of the natural world.”

Harder was recently chosen as the first ever artist-in-residence for rare, the charitable research and nature reserve near Cambridge.

“They’re very intentional about not only inviting PhD students to do their research, but also writers and artists to come and take inspiration from the land. It’s an obvious good fit for the kind of subject matter I’m interested in.” 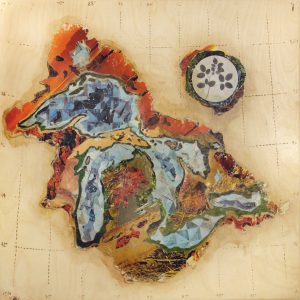 But as much inspiration as she takes from a world where flashing signs and concrete lines do not dictate where we live, Harder feels that we can still mediate nature within the city itself.

“You can try to escape the city to be more in touch with your local ecological community, but there’s also a lot to learn about your own area. Being aware of what birds are in the trees or when someone has intentionally planted native species or what restoration projects are happening in the city is enriching.”

Explaining what it’s like to be an artist in the city, Harder explains that “upon graduation I didn’t feel exceptionally prepared.”

“I started small, looking for easy opportunities to get out there and motivate myself to make things. My art isn’t very traditional, so I’m tempted to put more energy into shows that support artists in non-commercial ways.”

One of her upcoming projects is doing exactly that. Used to working in numerous mediums, Harder has recently been constructing debris huts in gallery and open air spaces. 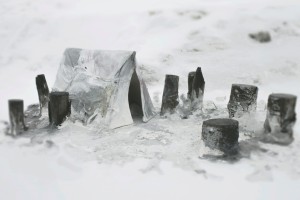 “It’s a design that elicits different reactions in different contexts. In the art gallery, people just liked it for its form, but I think it was more effective, more conceptually dense, when I put it outside.” She especially noticed her audience questioning their conception of shelter when she built a debris hut in St. Catharines, a city experiencing an intense period of gentrification. She called that installation “Surviving Downtown.”

Working with CAFKA (Contemporary Art Forum, Kitchener + Area) this spring, Harder is planning to install a village of debris huts on Victoria Park Island, one that will resonate with the tent-city protest that occurs there every year and with the Indigenous and settler history of the area.

Activism in art is essential, but is also a balancing act.

“I really value the poetic nature of art, and to get too politically pointed, too didactic, can take away from that. But at what point am I doing or saying nothing? I’m trying to keep both beauty and an idea in the picture.”

With humble artistic and intellectual grace, Harder hopes for the rest of us to respond.

“Art gives me the freedom to explore ideas and dream really big about what could be possible. The artist might inspire the ‘do-ers’ of the world to do the practical thinking. Maybe reality can follow.”