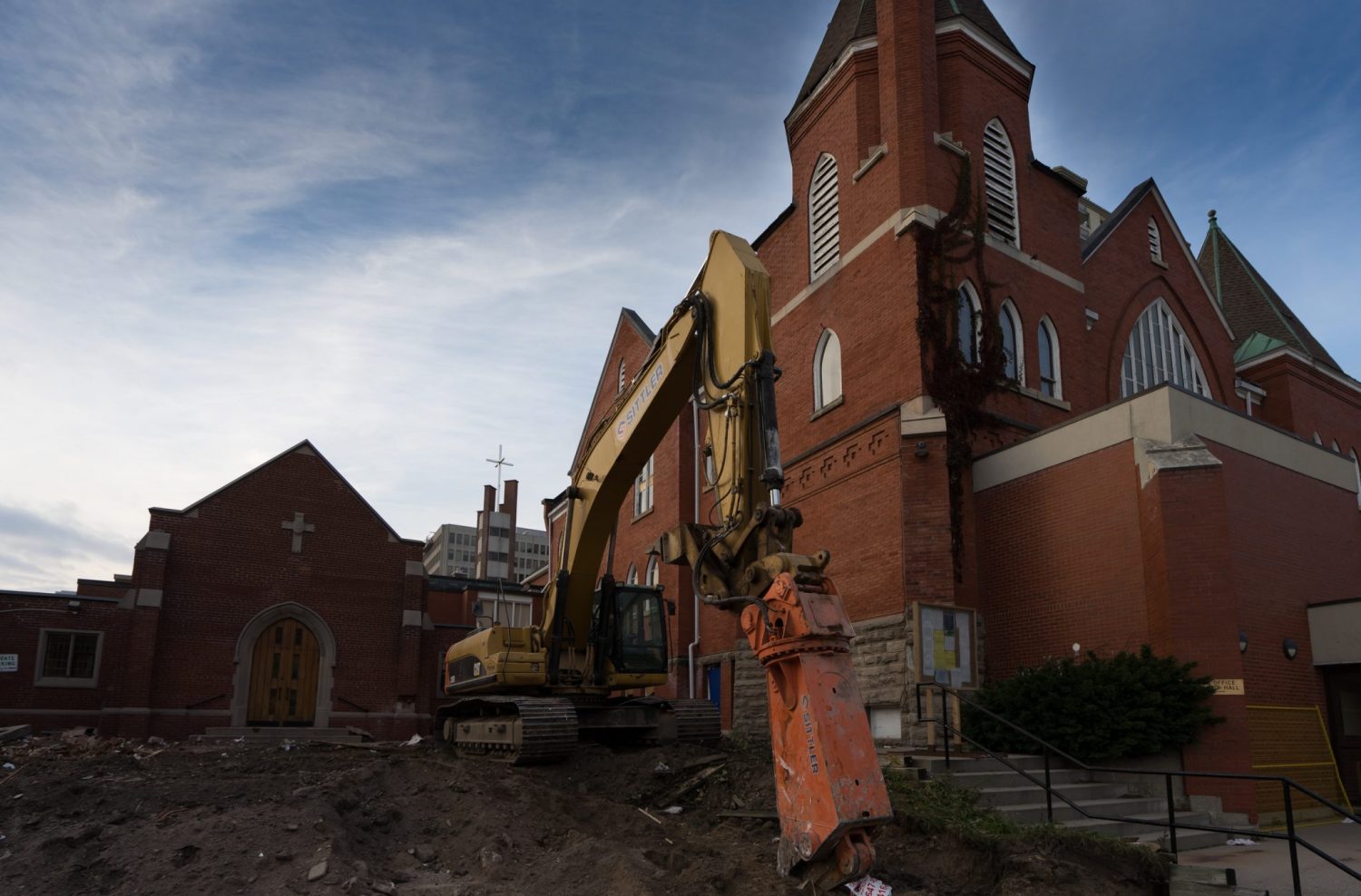 Addressing the Complexity of Rough Sleepers in KW

A couple of weeks ago, there was a fire in the former Trinity Church next to the YW’s shelter on Frederick St. in Kitchener. The YW is a not-for-profit that provides programs and services for women and children, including emergency, affordable and supportive housing programs.

Luckily, the fire next door was contained quickly and no one was hurt.

The anticipated evacuation of our shelter wasn’t needed, but the situation was alarming, nonetheless. Our staff had been concerned that a fire might happen, because they were aware that people were staying in the church. It had been closed up, awaiting demolition, but people were still managing to get inside, and were seen coming and going.

This abandoned church became a temporary home to some people, some of which our staff know.

Diane* has stayed at our shelter on and off over the past several years. She is an older woman, with some physical and mental health issues. Recently she’s been in a relationship with a man who is also homeless and they want to stay together. They can do that at the shelter in Cambridge, which serves both men and women, but they can’t in the Kitchener adult shelters, which don’t. They don’t want to go to Cambridge, though, so rather than be separated, they’ve been sleeping rough.

Julie* has been homeless since she was in her teens. She struggles with addiction and has overdosed many times. Although she had affordable housing for a year or so, she decided to leave it. Her substance use made it difficult for her to cope with the rules and responsibilities of being a tenant, and she’s been sleeping rough since she moved out.

Tamara* is pregnant, and her mental health and addiction challenges are serious.  No one knows very much about her. Different services have reached out to Tamara to offer mental health and housing support, but she won’t engage with them. She’s back in our shelter for now, but her behaviour there is challenging, and if it becomes a threat to others’ safety, she may not be able to stay.

Waterloo Region is experiencing a surge in people like Diane, Julie and Tamara, who won’t or can’t use the shelter system so are tenting, squatting in empty buildings, or sleeping on the street. Rough sleepers, or “unsheltered homeless” as they’re sometimes called, are typically people with the greatest and most complex needs. Substance use, mental health issues and trauma associated with childhood abuse and other violence are common. Sleeping rough is difficult and dangerous, and women who sleep rough are at most risk.

We don’t know exactly how many rough sleepers there are in our Region as they tend to be transient and as many, like Tamara, don’t want anything to do with social services. And as our police and by-law enforcement officers ask them to leave more public areas, they go into hiding.

But, our street outreach teams have managed to build supportive relationships with about 50 of them. Of those, almost three quarters don’t want and won’t access shelter. The remainder are service restricted, typically due to problems with prior shelter stays, or are not eligible for shelter.

No one should have to sleep in a tent or on the street or in an empty church, but no one can be forced against their will to accept shelter or other services. And shelters can’t be forced to admit people whose behaviour may jeopardize the safety of other shelter users and shelter staff. As the service manager for homelessness, the Region of Waterloo has the mandate to fund homeless shelters, but it doesn’t have the mandate — or the resources — to provide mental health and addictions treatment and support, which are provincial responsibilities. It’s not clear what the solution is to the complex problem of unsheltered homelessness, but what is clear is that it will take a creative and co-ordinated response.

Elizabeth Clarke is the chief executive officer of YW.