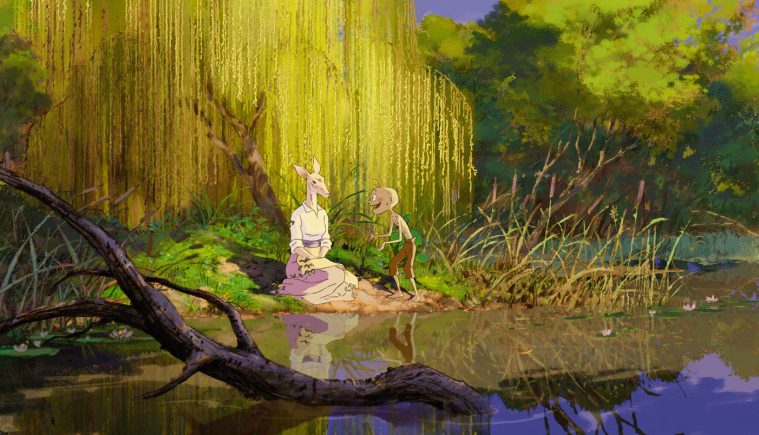 WFAC sets out to show animation is a medium, not a genre

Animation has come a long way since Mickey Mouse captained a steamboat in Walt Disney’s famous short Steamboat Willy. It’s a malleable art form that can be used to make kids laugh (Toy Story) or make adults cry (Toy Story 3). Over three days in November, the Waterloo Festival for Animated Film will show off the whole scope of the animated film medium, playing movies from right across the globe.

In 2002 WFAC was just a few University of Waterloo students getting together to watch Japanese anime films. Ten years later, curator and founder Joseph Chen finds himself dealing with several international premieres and playing host to world-renowned animators and directors.

“It has always been to try and show the diversity of the storytelling and the diversity of the visual arts,” says Chen. “[It’s about the] ambition of the single animator who struck out there to do their own film, all the way to the studios who create these [films] across all the countries.”

Chen is eager for audiences to appreciate the variety of films that exist in the animation community. “It’s a medium and not a genre,” he points out, noting that anything from drama to comedy to documentary has appeared in animated form. “In terms of media production today, 22 per cent is strictly based animation. We don’t even count visual effects.”

For this year’s festival, Chen has gathered together an array of films that really demonstrate how diverse the animated film world is. “For us this is an opportunity to bring stuff here so audiences in Waterloo Region can discover films for ourselves.” WFAC is an unusual stop on the animated film festival circuit as it allows audiences to actually enjoy screenings as opposed to smaller fests that focus more on the industry side of animation.

“It is all about the fact that a very humble group of artists out there trying to tell the story in exactly the way they want to,” says Chen. “This is a beautiful form [for it].”

Chen helped us preview just a few of the films that will be gracing the screen at WFAC this year.

“This is an anime film that is not an anime film at all,” says Chen of Hells, a film in which a blue-haired heroine finds herself in the school from literal hell after getting into an accident on her way to junior high. The film was mired with production problems for several years but is finally making its way into the festival circuit. Hells’ trailer gives shades of the fast-paced German thriller Run Lola Run. “It’s all about frenetic motion,” laughs Chen. (Thursday Nov. 15, Chrysalids Theatre, 9 p.m.)

Attention urban dwellers: this one’s for you. Babledom is a highly experimental film made up of composite shots of cities all over the world as a way of exploring urbanism. “It’s an intellectual’s look at cities and urbanization,” notes Chen. (Friday Nov. 16, Chrysalids Theatre, 11:00 a.m.)

Crulic is an animated story about injustice and crime told from beyond the grave. The most interesting part about this film? It’s an entirely true story. “It’s a documentary about a Romanian who was arrested in Poland for stealing a judge’s wallet…even with proof that he was in Italy when his theft theoretically happened,” says Chen. In real life, Claudiu Crulic, whom the film is based on, passed away after his prolonged detention in a Krakow jail. His story is now brought to light via a unique animation process mixing actual photos and amazing watercolour-like imagery. (Friday Nov. 16, Chrysalids Theatre, 6:30 p.m.)

“Finally a Canadian film!,” enthuses Chen. “Canada produces so many great animators and we have all these animation studios. Where are the Canadian films?” Chen hopes that cross-produced films like Le Jour des Corneilles represent a possibility for future Canadian-led animation. The movie, based on a Quebecois novel about the son of an ogre who stumbles into a normal town, is a touch magical and boasts some star power — the famed French actor Jean Reno provides some of voice work. (Saturday Nov. 17, Chrysalids Theatre, 2:45 p.m.)

Anime fans will see shades of famed director Hiyao Miyazaki (Spirited Away) in this tale of a young girl left wondering what her father wanted to write to her in his last letter before he passed away. “It’s a slice of life piece,” says Chen. Naturally, Momo’s life is just a little enchanted as she finds strange things happening to her in her new home by the sea. (Saturday Nov. 17, Chrysalids Theatre, 6:30 p.m.)

A film about a samurai marionette who has to duke it out against a warlord and an evil clown isn’t going to be your usual cup of tea. But that’s probably just how the director M Dot Strange likes it. Known for pushing boundaries in art, his films are highly experimental and unusual. “It’s his vision through and through,” says Chen. The film’s composer, Endika, will be in attendance and provide a live soundtrack for the screening, giving audiences a chance to get a truly immersive artistic experience. (Saturday November 17, Chrysalids Theatre, 11:30 p.m.)

“Something Waterloo does not do very well is figure out where the big divide is between art and technology,” says Chen. Strange Frame is an example to him of the cooperation of the two. “It was made in Hawaii. There is no animation studio in Hawaii. But the director thought ‘why can’t I do it here?’” The genre -bending computer animated film is about love and music, all set against a post-apocalyptic backdrop in space. (Sunday November 17, Chrysalids Theatre, 4:15 p.m.)

A full schedule of WFAC films and events can be found at wfac.ca