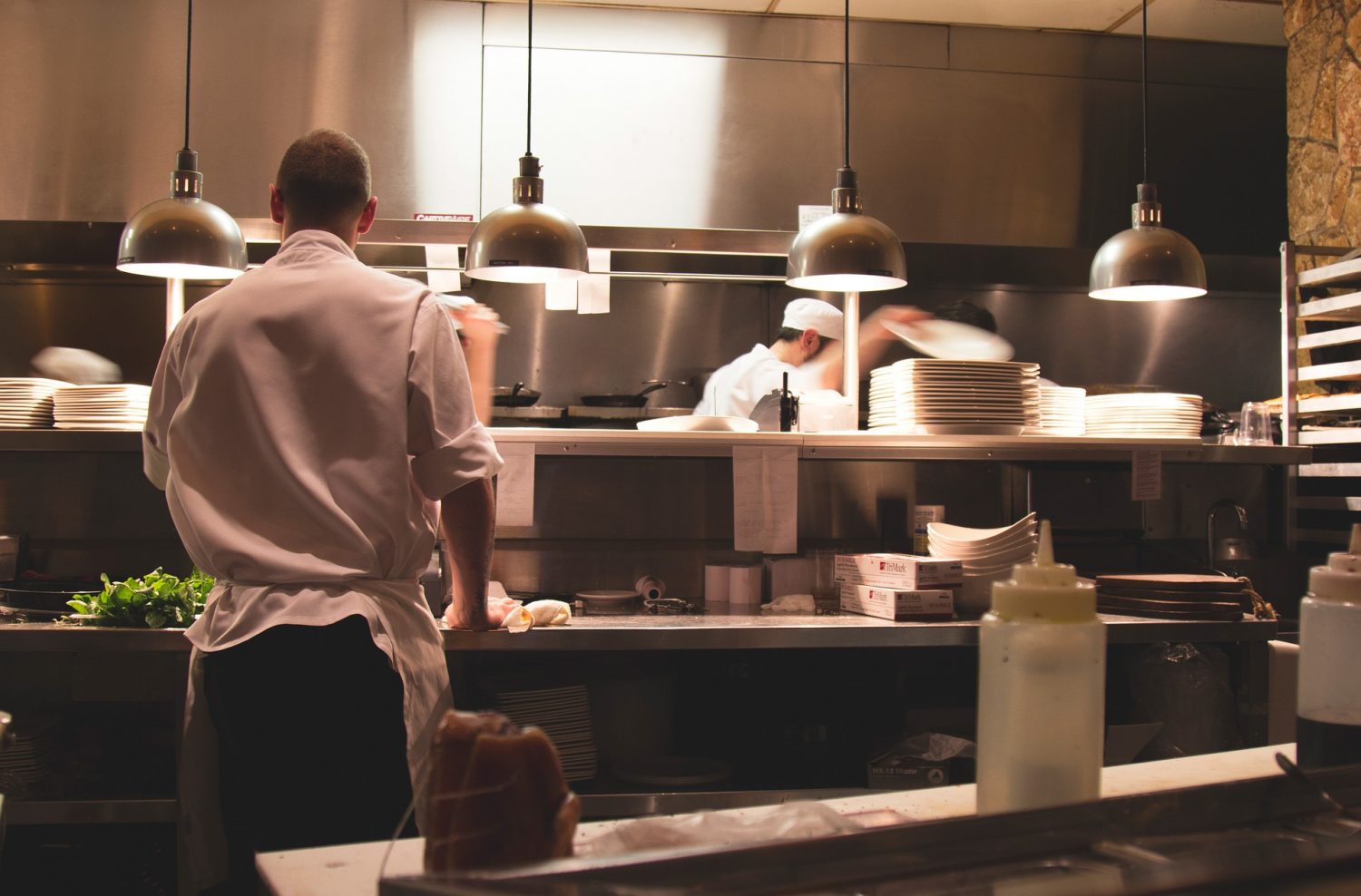 519 Schmecks: Learning a Valuable Life Lesson in the Kitchen

Creativity is not exclusive to the arts or science — it’s everywhere, including the kitchen. If you’ve ever solved a problem, you are creative. Some creation is casual and easy, some is painstaking and very personal. Chefs, indeed, get personal.

For chefs, criticism isn’t limited to professional writers, and nor should it be.

When receiving criticism in my work life, I often know what went wrong, that its deserved.  Completing hundreds of small tasks a day will lead to getting a few wrong, so we accept it by working hard to improve our batting average.

Sometimes, though, it’s just noise, a comment made simply to benefit the speaker, a critic. I recognize real feedback and I value the knowledge gained from staring it in the face. But, today, let’s talk about the noise, the unwarranted, the undeserved.

As touchy chef, and I’m just self-aware enough to know I am, it can really bruise the ego. These moments always impact the younger cooks the most, so I want to share a story a great chef once told me.

But first, imagine the often fragile ego of a creator, imagine you’ve made something, you’re nervous and proud of it and ready to show it off. This is how a good chef feels almost all the time.

Story time: the year is 2000, I’m a 22, still learning my way. Terry is a battled tested chef, a fiercely proud Macedonian, built like a brick shithouse, amazing skill and efficiency in the kitchen.

Terry: “Nick, after service I have a story for you.”

Back then, service always wrapped up with a lengthy full-team smoke break, a destroyed kitchen waited empty. Terry lit a smoke and began.

He told me a story about an artist who was asked to volunteer her craft and create a mural in the town square, to paint something truly special for the townspeople. Proudly she accepts and within months it’s ready. Filled with emotion, she declares it finished.

In the days following she’d watch people come and go, most quietly observing, some remarking fondly, more than she wanted critiqued, “I’d put puffy clouds in the sky” or “why no rolling hills? Hills are nice” and “horses? should have painted ponies.”

The following day, observing again, she noticed a change. Everyone either enjoyed quietly or proclaimed, “it’s perfect; wouldn’t change anything.”

“Get it Nick?” Terry always quick to the point.

The point is, there are basically two types of people when it comes to creativity: creators and critics. To be a creator, and make yourself vulnerable by putting your work out there for review, you have to have thick skin. Remember, most critics, given the chance won’t have the guts to pick up the paint brush, pen or chef knife and make a mark.

So let’s be kind and embrace our creators — the chefs, artists, inventors, trades people, teachers. And to our critics, remember what it feels like to be vulnerable.

Visit the website for my recipe this month — another lesson from Terry — his Jumpin’ Shrimp.

Nick Benninger is a local chef and restauranteur.

This recipe was another lesson from Terry. Terry owned this restaurant along with a few others, one day, after terminating our Head Chef, Terry found himself back in the kitchen with us filling in full-time for the chef he’d let go.

This was a fancy spot, and much to Terry’s dismay, he had found a couple cases of pickled banana peppers, the kind greeting you at a good hot dog stand. We had wondered for weeks how we’d use these up in the fancy setting of this lake-side restaurant in Stoney Creek. Most of us thought the best bet would be returning it to the supplier.

Terry knew what to do. He whipped up an evening feature and blew everybody’s socks off with what would become the most popular dish of that summer for us and we would end up ordering many more pickled hot peppers in the end to keep the dish on the menu full-time.

This dish is simple, easy and appeals to your basic food pleasures and used up what was on hand. That would become my mantra as my own cooking career developed. This recipe is such a good example of that. This is a great spring/summer dish and ingredients are easy to find, so make it often this summer and tell Terry’s story over suds in the sun.

This recipe will make a hearty appetizer for four.

Serve it with warm bread or better yet grilled papadum shells

For best results with seafood you almost always want to make sure the product is as dry as possible. This easy to do by placing it on some paper towel for 10 minutes before cooking.

Get a large frying pan hot hot hot. Add your olive oil (never put the oil first and then heat the pan, good chance you may forget and accidentally burn your oil). Add the shrimp and spread out allowing a really good sear on the initial side, season with salt and pepper and add the garlic and mix about.

At this point, the shrimp will be about 70 per cent cooked. Remove them from the pan and add the pickled peppers, let these cook out for a minute or so and add the pickle juice, beer or wine and let that reduce.

Once it reduces by half, add the tomato sauce, bring it up to heat, add the shrimp back in, the butter and the herbs and mix to incorporate the butter. Once the shrimp is cooked through, remove from the pan and serve with bread or papadum. Sweet seafood, spicy acidic sauce and satisfying bread mopping this dish hits all the right spots. Enjoy with a nice Vinho Verde or Pilsner.