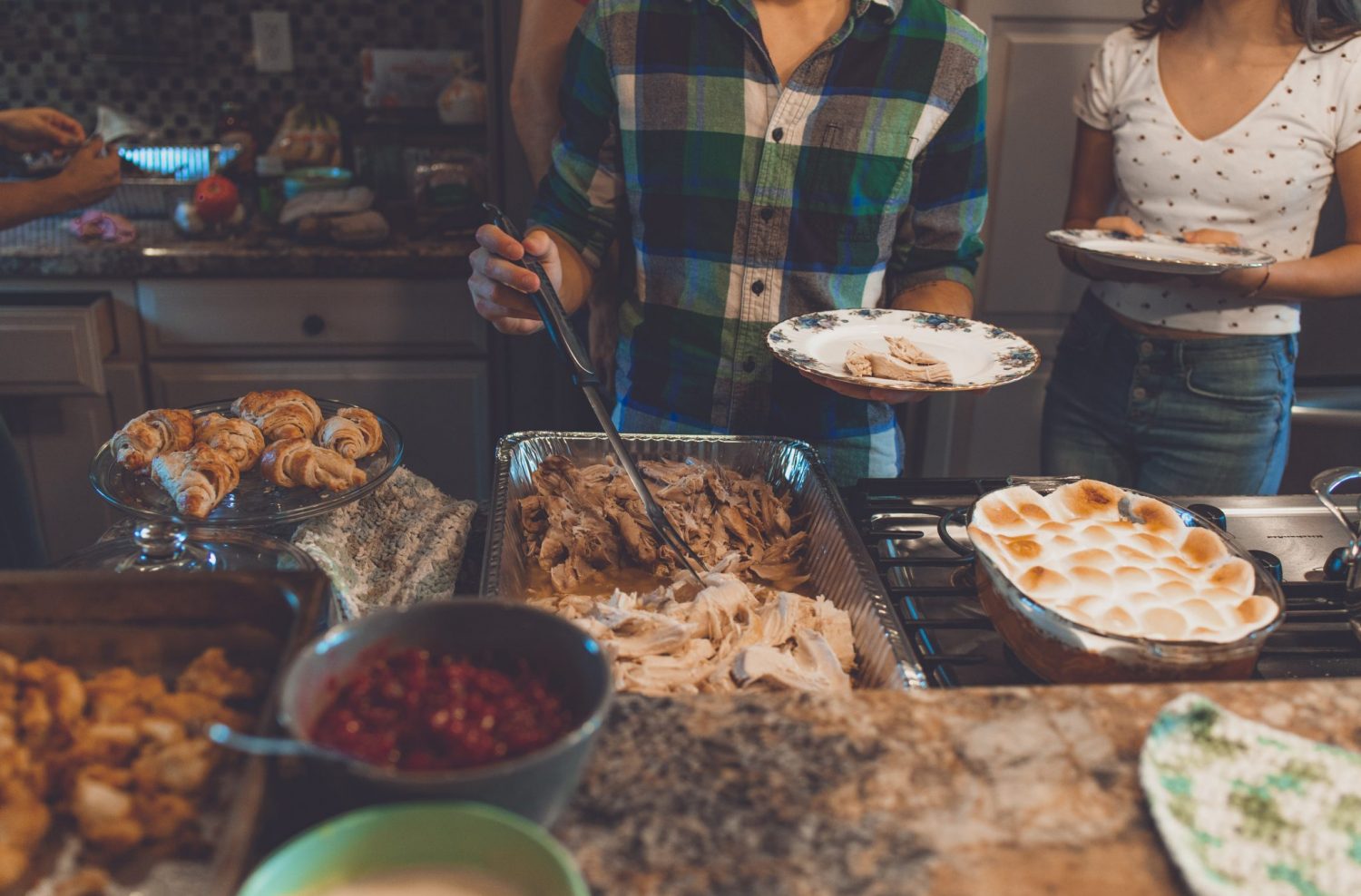 519 Schmecks: Christmas with the Cooks

I’m often asked what a chef has for dinner at home — and special occasions usually bring even higher expectations.

My birthday dinner is usually a hot dog buffet. My death row meal — a chicken wing and pizza party. My idea of a perfect local delicacy to show visitors to the Region —  a munchy sub courtesy of Pepi’s Pizza.

All crave-able foods, but nothing fancy — and definitely not what that foodie expected when they asked.

Annually, the day after my birthday, I can look forward to puzzled faces when I reveal the simple wiener wonderland my wife Nat prepared for me the night before. It’s fun to disappoint, and frankly, I’ve been doing it since grade school.

However, sometimes it’s nice to exceed expectations instead. Thanks to the tradition and culinary courage of my family, we do just that every Christmas.

Many years ago, my family decided to swear off turkey for Christmas dinner. Instead, we challenge ourselves to concoct a different menu every year.

We often start devising next year’s menu while the leftovers still sit cooling on the happily picked over festive table.

My mom deserves most of the credit — not only for the idea but also for raising a family of food lovers and good cooks. I can’t tell you how hard I likely made that for her as a kid, but it paved the way for epic nights like these.

We have had a few rules over the years; a little structure is important. Rule number one:  the theme for each year’s menu has to be unique.

The second rule is everybody chips in. Once a theme is chosen, we each call dibs on a dish. This makes the chore of a sometimes 15-course menu less daunting and yielding some spectacular results. Picking one dish, really digging into it, doing the research needed and even practicing it on a smaller scale has lead to some excellent dishes.

The final rule: every menu needs a pièce de résistance, a “carving” moment, a showpiece, something to respect the feeling lost by skipping turkey and robbing your drunk uncle the chance of yielding an electric carving knife like a lightsaber. You need a moment to make the memories linger.

A few of our stand out moments? Mom’s take on Ming Tsai’s red roasted duck, Sandy’s epic nine pound salt baked grouper cracked from its earthen like shell, the unveiling of a perfectly layered and rested beef welly.

I encourage you to try this out, it makes for an incredible tradition, turning dinner into something a little more social, bringing the smiles back to the kitchen where they belong over the holidays.

This year we are following a Brazilian theme, and by now Nat, our “Brasileira” has sent out the assignments.

I will be cooking the famous Picanha, a treat hard to find in butcher shops this side of the equator, but worth the effort.

Check out my recipe online to try it yourself, and have a lovely holiday dinner no matter what’s on the menu.

Sourcing the meat is the hard part here, any proper butcher shop should be able to provide it but it does require breaking down the larger side of beef in a way butchers outside of South America don’t usually do. So call ahead and pre-order to ensure you are not disappointed. If you can, cook this on a wood-burning or charcoal BB, the large fat cap of this cut of meat will lend itself well to soaking up that flavour not found on gas-burning BBQs.

Step one, get the steak out and at room temperature for a couple of hours before cooking, always an important step but especially with a larger piece like this. Start your bbq well in advance too so it will well heated and in the case of charcoal you have a good-sized fire going we there is no need to refuel during grilling.

Now with some downtime assemble the Molho Vinaigrette by simply combining the veggies, sugar, salt, vinegar and oil. It is worth it to source a good Portuguese extra virgin olive oil for this, it is especially vicious and peppery compared to others and has a lovely green hue. It is wise to let this mixture sit for at least 20 minutes before serving, the salt will draw moisture from the veggies and combined with the sugar will make a lovely sauce to dab steak in later.

Grilling the steak, this bad boy will have a nice sized fat cap, salt and pepper that heavily and season the other sides as well but not as aggressively, we want to render that fat a bit and the extra salt will help. After seasoning grill the Picanha whole, marking all the sides and keeping it moving around the grill avoiding flare-ups. At some point as the fat really starts to render it will be nearly impossible to keep cooking without resulting in a giant fireball, this is usually about 7-10 minutes into the grilling process.

Time for the first rest, remove the steak to a resting rack and let it sit for about 15 minutes. This will let the meat and juices rest but it will also cool the fat back down lessening the chance of flare-ups when we return to the grill. Now that it has rested slice it across the short way into 1” cuts if you have a metal skewer use two of them to secure the slices against each other sandwiching the fat cap between each slice, salt them again and return it to the grill to finish cooking. This reads a bit hard to imagine, I’d encourage you to search the internet for a video, there are many.  At this point grill it to your liking, I recommend medium to medium-rare, rendering the fat nicely but still keeping it tender and juicy.

To serve it slice it once more, exposing the beautiful interior and cooked fat and serve topped with Molho Vinagrete, enjoy this little taste of Brazil.