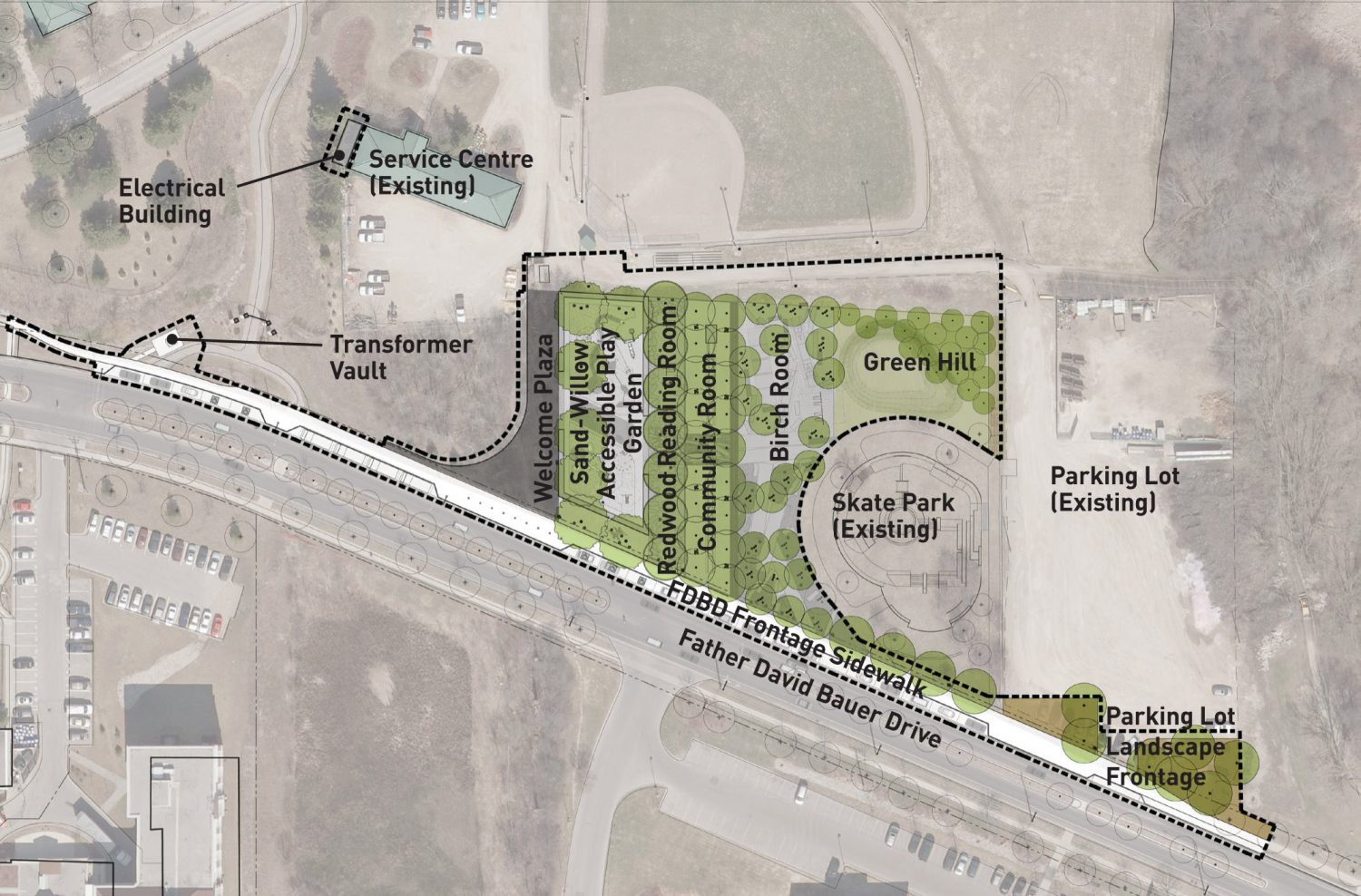 The planned layout for the updated Waterloo Park. • Courtesy of the City of Waterloo

After months of negotiations and planning, Waterloo city councillors have signed off on several changes that will be made to Waterloo Park, expected for 2014.
Waterloo mayor Brenda Halloran addressed the Region’s plans to move forward with these changes in her State of the City address March 22, where she revealed that the federal government had given its approval.

“A favourite destination for our Waterloo residents is Waterloo Park,” Halloran said. “Thanks to a federal government grant, this jewel of our city will undergo upgrades in the near future.”

The changes that will be made to the park include restoring an old wooden playground, establishing new trails that will lead directly into the recreational area, enhancing the parking lot and integrating fibre optic cables as well as Wi-Fi expediency.

Eckhard Pastrik, the landscape architect for Waterloo Park, shared that the master plan for Waterloo Park had been completed four years ago. The need to improve the quality of the park has remained a priority of the project components that councilors had wanted to implement. “One of the major issues we found when we did the master plan was the park had limited visibility on roadways around it,” Pastrik explained. “This is our opportunity to give it a front.”

The committee and the public asked that the playground located in the west side of the park be fixed. According to Pastrik, this playground has come to the end of its useful life.

Once the changes are made to the west side park, Waterloo residents will notice that this recreational area will be much different than others found in other local parks.
“We’re looking to replace that with this new accessible playground,” Pastrik said. “This playground will focus on a sort of passive play instead of the traditional playground that is used elsewhere.”

Discussions to implement these changes to the park began late last year. The process began with a concept development stage where they sought public input. Through this, individuals were able to express what they would like to see changed about the park. “We’ve met with committees of council who have a particular interest in this project. We then had a public information center back in November of last year at the end of that conceptual stage,” Pastrik said.

“We’ve been fortunate to find out that we were given the grant money, so we have moved into the general design stage so we’re refining it to the next level. We’ll be ready for construction inmid-to-late June of this year.”