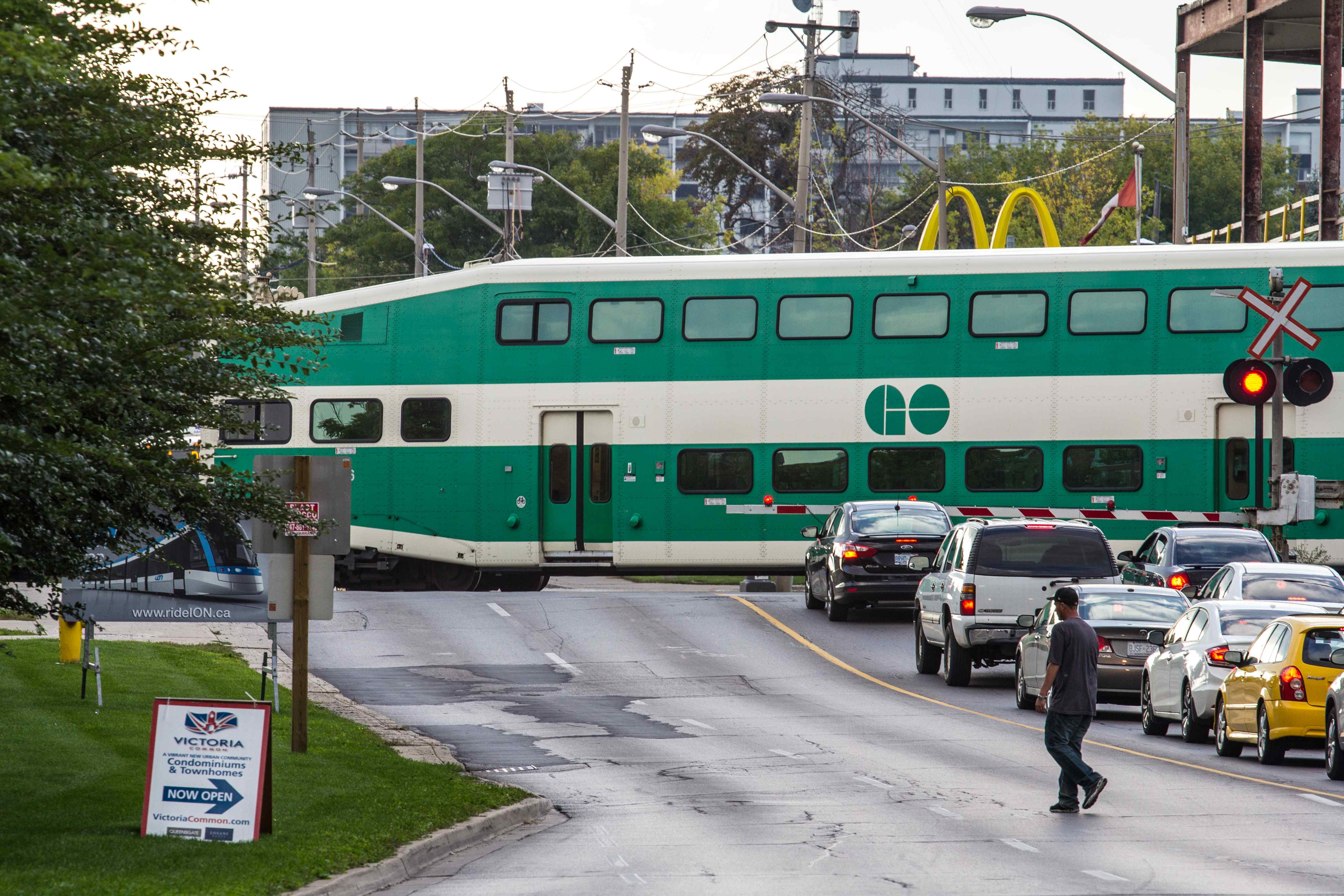 WR on board with GO changes

Minor changes are being made to the GO train and bus schedules for Kitchener and Waterloo this September, a service that eventually hopes to see increased transit to and from Toronto by 2016.

But it’s the all-day, two-way service between Toronto and Kitchener that many residents in this region are eagerly waiting for — a promise originally made by Liberals in 2012, NDP Kitchener-Waterloo MPP Catherine Fife said.

Liberal Premier, Kathleen Wynne made the announcement back in March that four additional trips would be added to the service between Toronto and Kitchener by the end of 2016, but the picture is still unclear on whether it’ll go further and become all-day service.

“This is a very important initiative for this region. This is a hub of innovation and creativity and what we need is an ability to move in and out of the region in a much more efficient way,” Wynne told reporters in March at the Waterloo Inn.

But Fife added that the promise needs to hold up, or people will begin to be discouraged.

“The promise of two-way, all day go is now two years in the future,” Fife said in a phone interview. “It’s unfortunate because people have started to not believe that we’re getting two-way, all day GO, and that has affected ridership.”

The Liberals also hinted during the election at a high-speed rail that could connect London, Kitchener, Guelph and Toronto in the next ten years, at a cost between $2 to $3 billion. The trains would run at 320 kilometres an hour and move from London to Toronto in little more than an hour.

A report was crafted by then transportation minister Glenn Murray on this proposal of high-speed rail, but Fife says that it hasn’t been released for opposition parties to view.

“He [Murray] a report that would explain the promise of high-speed rail, but that has not been released to opposition parties,” said Fife. “The cost of that promise is not in the realm of the possible, right? Similar projects like that in the United Kingdom cost $32 billion dollars.”

Regardless of how it comes together, many businesses — especially in K-W’s growing technology sector — could benefit for increased service between Waterloo Region and Toronto, where there are currently thousands of workers commuting from both areas.