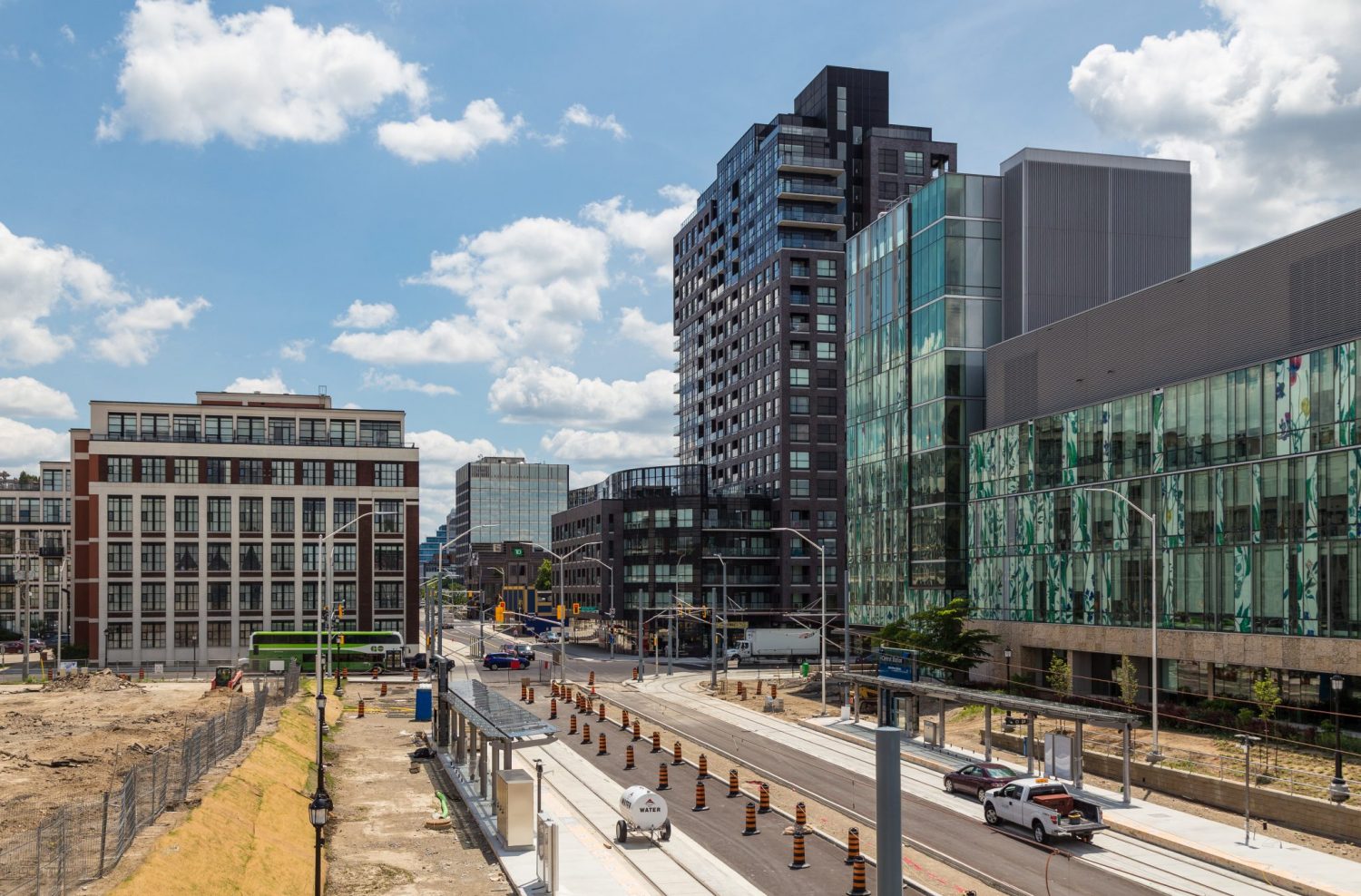 What Kitchener Can Learn From Detroit

At the Queen Street Commons Café in downtown Kitchener, a standing-room-only crowd gathered to hear from Dr. Brian Doucet, an associate professor at the University of Waterloo. His lecture was titled, “Why Detroit Matters, and What KW can learn from it.”

Detroit might bring to mind images of urban decay, shuttered automotive factories that no longer employ anyone. Or you might think of it as a city that’s rapidly becoming cool again, with new downtown residences and shopping districts. Detroit tends to be framed either as an urban failure, or a newly gentrified utopia. Of course, the truth is a little more nuanced.

Doucet explained that while Detroit is an exceptional case, it is not unique. The same cocktail of economic and political pressures exist in many other urban areas, including Kitchener-Waterloo.

It starts with the collapse of industry. Starting in the 1920s, Detroit was a boom town. It embodied the middle-class American dream, attracting families who could make a good living working in the automotive sector.

Around this time, Kitchener-Waterloo became known as a manufacturing hub for boots, leather, rubber, and more – not to mention the success of Seagram’s distillery during the prohibition era.

As the 20th century wore on, a decline in factory production hit Detroit and KW hard. Both cities saw some of their largest employers shut down, and workers were left in the lurch. Jobs were scarce, money dried up, and in Detroit, mostly white families who could afford to move fled to the suburbs.

This created an opening for grassroots organizing.

Shea Howell, who shared the stage with Doucet, moved to Detroit after its industrial collapse. She became a founding member of the Boggs Centre, an organization that develops community leaders in art and activism. It was 1973 and Coleman Young had just become the first Black mayor of a major American city. Howell was inspired by the new vision he embodied for community-building from the ground up.

“Industrial growth is no longer capable of giving us a way to think about the future,” said Howell. “We came to the realization that nobody’s going to fix this but us.”

Myrtle Thompson is a co-founder of Feedom Freedom Growers, a network of urban gardens in Detroit. She also spoke at the lecture, alongside Doucet and Howell. Long before urban gardens became an indicator of gentrification, Thompson started doing it to feed herself and her community.

“It’s not a cool, cute, fancy thing to do. There’s nothing warm and fuzzy about gardening,” said Thompson.

Feedom Freedom Growers became a success by simply putting in consistent work, day after day. Slowly, a network of urban gardeners began to form and they helped each other advocate for food justice in a broader sense.

In Kitchener-Waterloo, The Working Centre grew out of industrial collapse as well. Its original purpose, in 1982, was to help people find work and overcome poverty. Its relationship-based, self-help model has expanded to tackle food, housing, transportation, clothing, and access to technology.

After decades of financial drought, money is flooding back into Detroit in the form of property speculation. This type of investment can wreak havoc on the communities that have been there all along.

“People who rent homes in some of these neighbourhoods don’t realize that the owner of their home has changed to a property speculator who may not be paying their taxes. This leads to tax foreclosures and sometimes people being kicked out of their homes even though they’re paying their rent,” said Doucet.

A similar dynamic is playing out along Kitchener Waterloo’s LRT line. While we don’t have the same issues with foreclosures, the rapid pace of development is largely geared to investors, rather than residents.

In Waterloo, especially near the universities, there has been a surge of new condo buildings. The units are often owned by people who don’t live in the neighbourhood and rent to students. From 2014 to 2017, the average rent for a bachelor unit in Waterloo has shot up by 33 per cent to $928 per month. For units with 3 or more bedrooms, a classic student rental setup, rents have jumped 25 per cent. Elsewhere in the Region, rents have increased by about 10 per cent over the same period.

“There hasn’t been a lot of thought as to what kind of communities are being built. It’s really just what can developers make the most money at, and what are good properties to invest in?” said Doucet.

One upscale Detroit redevelopment, called “The Albert,” displaced 115 low-income seniors from their affordable apartment units. The company started renovations while former residents were still in the building, and launched a glossy advertising campaign that claims: “residents are going to feel like they’re living in a five-star hotel.” One-bedroom apartments are now available for $1,600 USD per month.

Given these disruptive real estate challenges, how do grassroots organizations adapt? They began at a time when money was scarce and neighbours banded together out of necessity.

The Boggs Centre, Feedom Freedom Growers, and The Working Centre all initially set out to fill a gap in the social safety net. As the economy grows in Detroit and KW, those problems won’t magically get resolved. The effects of real estate speculation teaches us that economic growth can even make some things worse.

Rather than organizing for political power, Howell explained that the Boggs Centre focuses on reconnecting at a personal level. It’s about building a culture that can sidestep the boom-and-bust of financial cycles, one that can get things done no matter who the mayor is.

“But with enough momentum from grassroots organizations, you change the tone of the debate. You eventually change what is considered to be normal.”