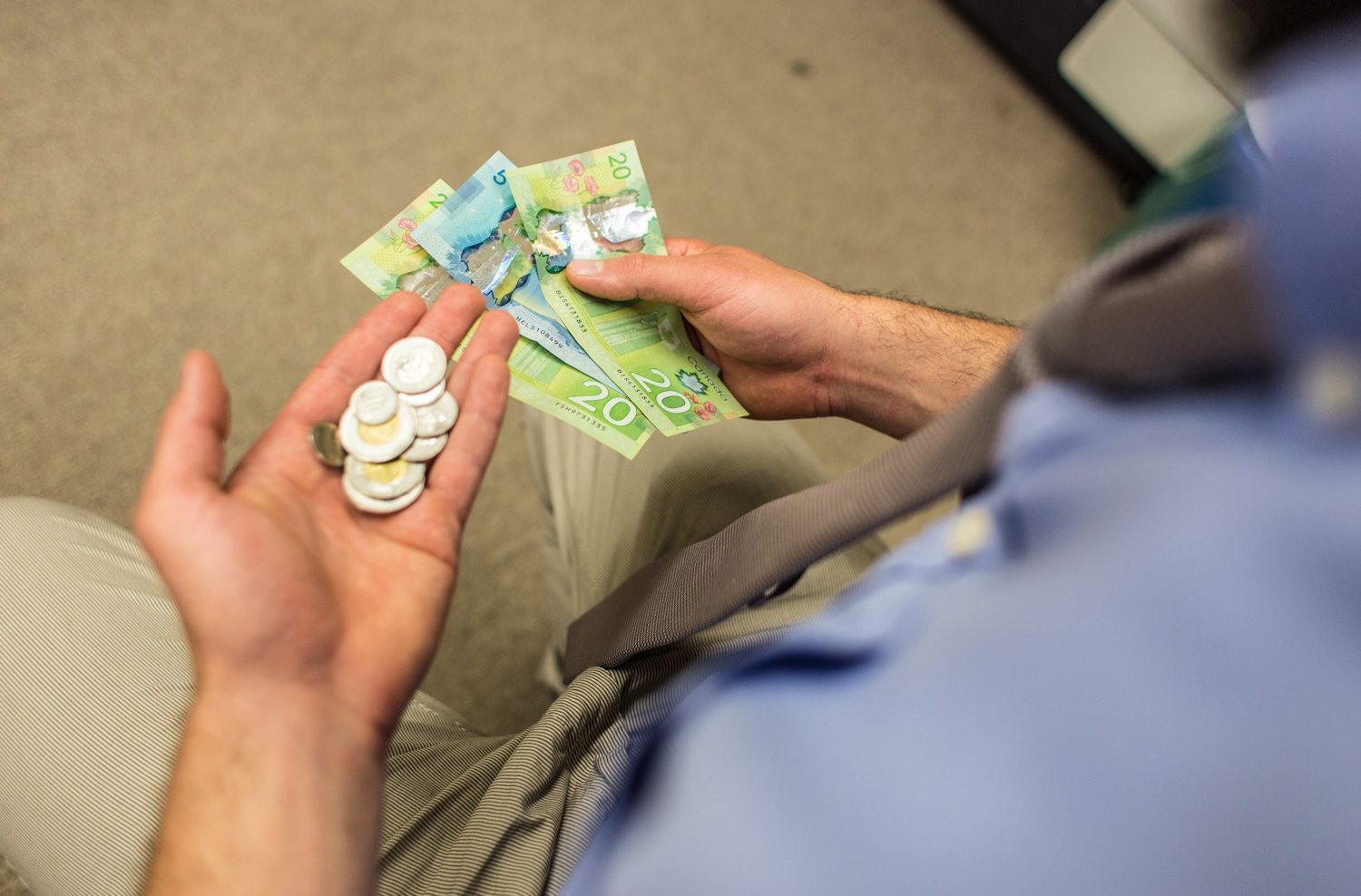 What gives, WR? Apparently, not you.

We’re a lucky bunch in KW. As I wrote last month the economic picture in the region is increasingly looking bright.

Despite employment cuts at Blackberry, Manulife and others, both employment levels and median incomes in the region are over 10 per cent higher than the provincial average. And over the past five years, those incomes have grown by 5 per cent in KW. That means that, simply for the sake of comparison, regular household in Waterloo Region has nearly $10,000 more in gross income than our neighbours in Toronto. Leaving aside all of the other benefits of living in the region, you’d think this above-average financial situation would make us more charitable. Unfortunately that’s not the case.

Instead, while our incomes are growing and our unemployment rate dropping, less and less of us are giving to charitable causes. Since 2011, the number of residents in the region who give to charities has dropped by 5 per cent, and the total amount of donations in the region has dropped just shy of 10 per cent. This is true for every demographic except those aged 55-65. These declines are significantly higher than both the provincial and national averages and beg the question of “what’s going on?”

We like to think of our region as one built on community and giving to causes is certainly part of that. However the data seems to indicate that we’re increasingly letting one part of our barn-raising culture slide, especially glaring since our ability to do so is growing.

It is possible that there’s less need? This is doubtful. Having served on the local United Way’s Investment Committee in 2014, it was crystal clear to me that charitable organizations serving at-risk populations across the region are seeing demand for their services only grow.

And the stats on local food bank and emergency shelter requests, as well as those efforts focused on international crises such as those in Syria, Burma and elsewhere, only show increasing need.

Now there’s no doubt that for many their decision to give less, or not give at all, is driven by rational decisions on what’s left at the end of the month. However I also know a lot of people who simply don’t see giving as a priority. My demographic, let’s call us youngish, employed, and rooted in the region is especially missing from donor lists. Many of us work in and around the region’s burgeoning tech sector or in academia or finance. In the grand scheme of things, we’re all doing quite okay. Yet twenty-five to forty-five year olds in the region have decreased their donations by 10 per cent since 2010.

And then I’d like you to think about what we need to do to ensure it stays great and stay accessible to everyone here. After that, I’ll leave it to you as to whether you might open your wallet up for a good cause. Just don’t get annoyed if I ask you about your decision afterwards.