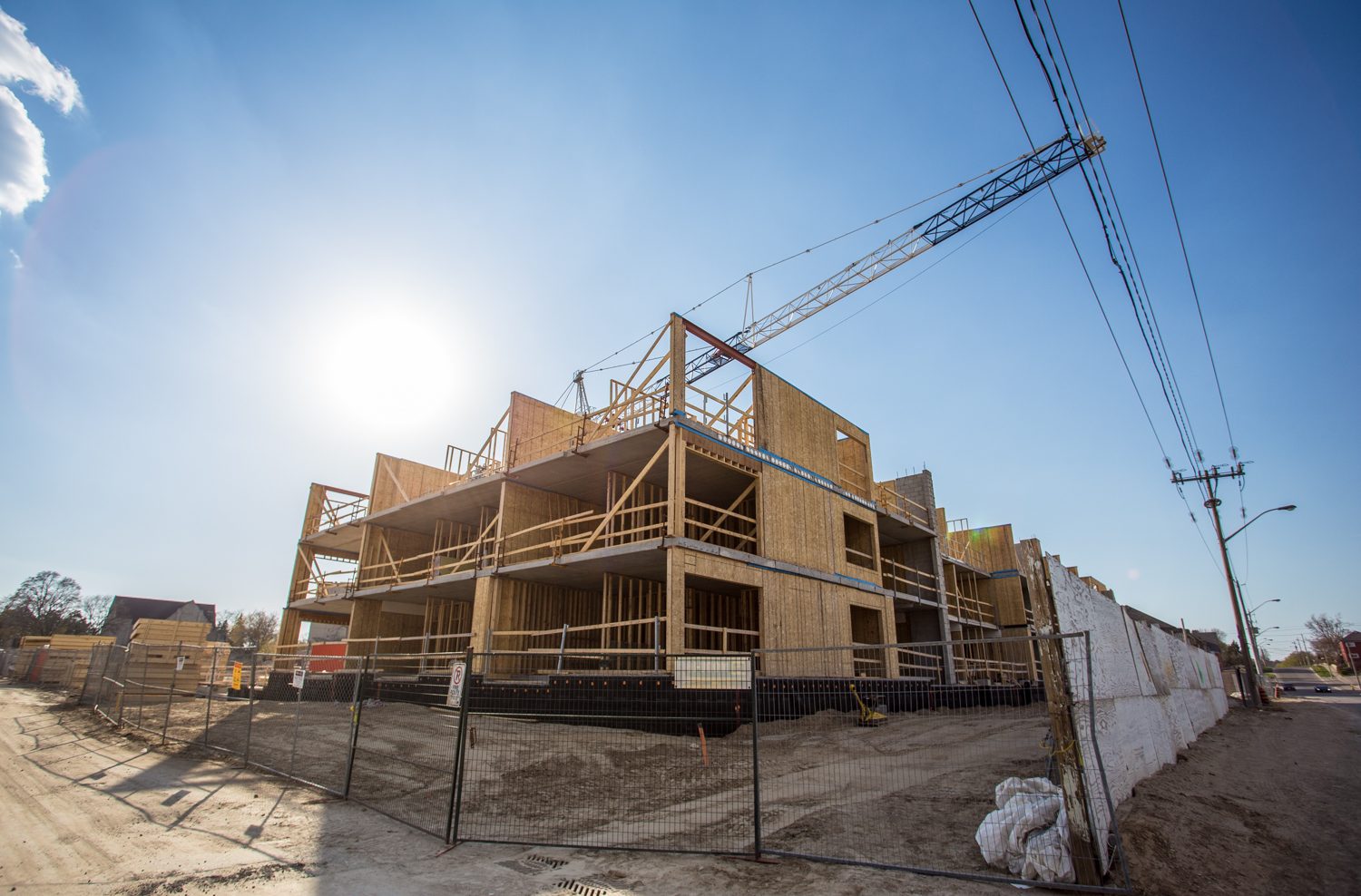 With LRT construction under way and the growing profile of our region, now is a legacy period for urban growth in Kitchener-Waterloo. In April, the City of Waterloo planning staff released a pair of reports looking at tools to incentivise development in the uptown core. TCE caught up with Ryan Mounsey, urban planner, economic developer, and Manager of Business and Retention Services
for the City of Waterloo to talk about what’s going on behind the scenes and about the big picture for uptown.

TCE: You’ve held senior positions in the City of Waterloo and City of Kitchener Planning Departments and for a local urban planning firm. Tell us how your background plays into your work in economic development?

RM: This was a new position created under a new economic development team that reports directly to the CAO’s office … The planning component forms a really important part of my business or my work activities as it relates to promoting businesses to grow and to stay in Waterloo, not only on the development side but in terms of urban design and quality of life.

TCE: The City of Waterloo is looking at development charge exemptions and a community improvement plan for uptown. Can you discuss the potential impact of these tools?

RM: We’re looking at the development charges, because that’s the front end cost. If you can find ways to minimize front end costs, that makes development more feasible. If you can look at community improvement plans in addition to that, that may look at tools such as tax increment grants, which basically allows you to offer some financial incentives like a brownfields program … we know how competitive it is to attract jobs in our community and to help existing businesses to grow, and so the uptown requires some attention now to facilitate some of these priorities.

TCE: In addition to attracting jobs, what are the big priorities for uptown’s development?

RM: Ensuring the right balance between sustainable transportation options with urban development projects, and striking the balance between people taking LRT and new bike routes, and having a reduced need for parking while still supporting high quality urban infill projects … I think the building blocks are here for sure, but there will be a next wave of projects that will really, I think, reveal the strengths, opportunities and challenges as we go through this big transition.

TCE: But for all the recent development, there are also vacant lots and lots being converted to more parking. How do these fit into the picture?

RM: What we don’t appreciate sometimes is the level of complexity of building in uptown … there’s a lot of work behind the scenes that’s actually happening that we won’t be aware of. Working on a development approval process sometimes can take a few years, and so there’s a number of projects that are going through different phases and different timelines … you look at the shops at Waterloo Town Square: that was a large parking lot, and over the last five, six years has been incrementally infilled.

TCE: Sustainable transportation options, reducing the need for parking, and supporting high quality infill projects, is there a relationship among these priorities?

RM: They go together, but there’s this tension, and until we reach that peak time when the LRT is in place and people are living and working fully [around the core], and strike a balance like some of the larger urban centres, we’re still learning. and I think one
of the great successes we have is that we have a number of projects that are finding that balance … there’s very few examples out there of a city of our scale that’s going through such change, and I think we’re doing a really good job.

TCE: Name one project that you believe points to the evolution of the uptown core.

RM: Probably the build out of the Barrelyards with the Delta Hotel, which brings the region’s first four star hotel to the community … with high quality urban housing that’s surrounding the hotel component. I think that that’s important because that project was planned for a number of years. There has been a lot of questions about when it’s going to happen, and [now] it’s under development. It’s a signal in uptown that we’re growing up.

TCE: What’s next for uptown Waterloo?

RM: Well I think that over the last ten years, uptown has been a major hub of activity, and with some really important projects that are changing how it feels and how it works. We’ve seen two world class research institutes move into the uptown core and expand, that has a significant impact in our core … I look at the residential intensification, what’s happening in the core, we’ve had over 1,300 units approved in the last five years in uptown Waterloo. That’s about 2,500 to 2,600 new people coming in, with more on the way. The next part in the legacy of the uptown is to get more jobs in the core … [Uptown] is a retail destination, it’s a cultural destination, it’s a residential neighbourhood and core, and now it’s forming to be a really strong employment node. And that’s framed not only in the [City] policies, it’s framed by the [provincial growth policies]. And it’s also what people know who live and work in the uptown. It’s a busy place.