After a hiatus in 2016, tri-Pride was back up and running for two weeks leading up to a community march on June 4th in downtown Kitchener. Since its inception in 1995, tri-Pride has served as Waterloo Region’s primary host of LGBTQ+ pride celebrations.

Last year’s festival was cancelled due to a decline in volunteer base and vacant board of directors seats.

“That is always a challenge for a lot of nonprofits,” Chunaco said. “Every year brings a different challenge…There’s a lot of turnover in community…a lot of our student population is a transient population.” 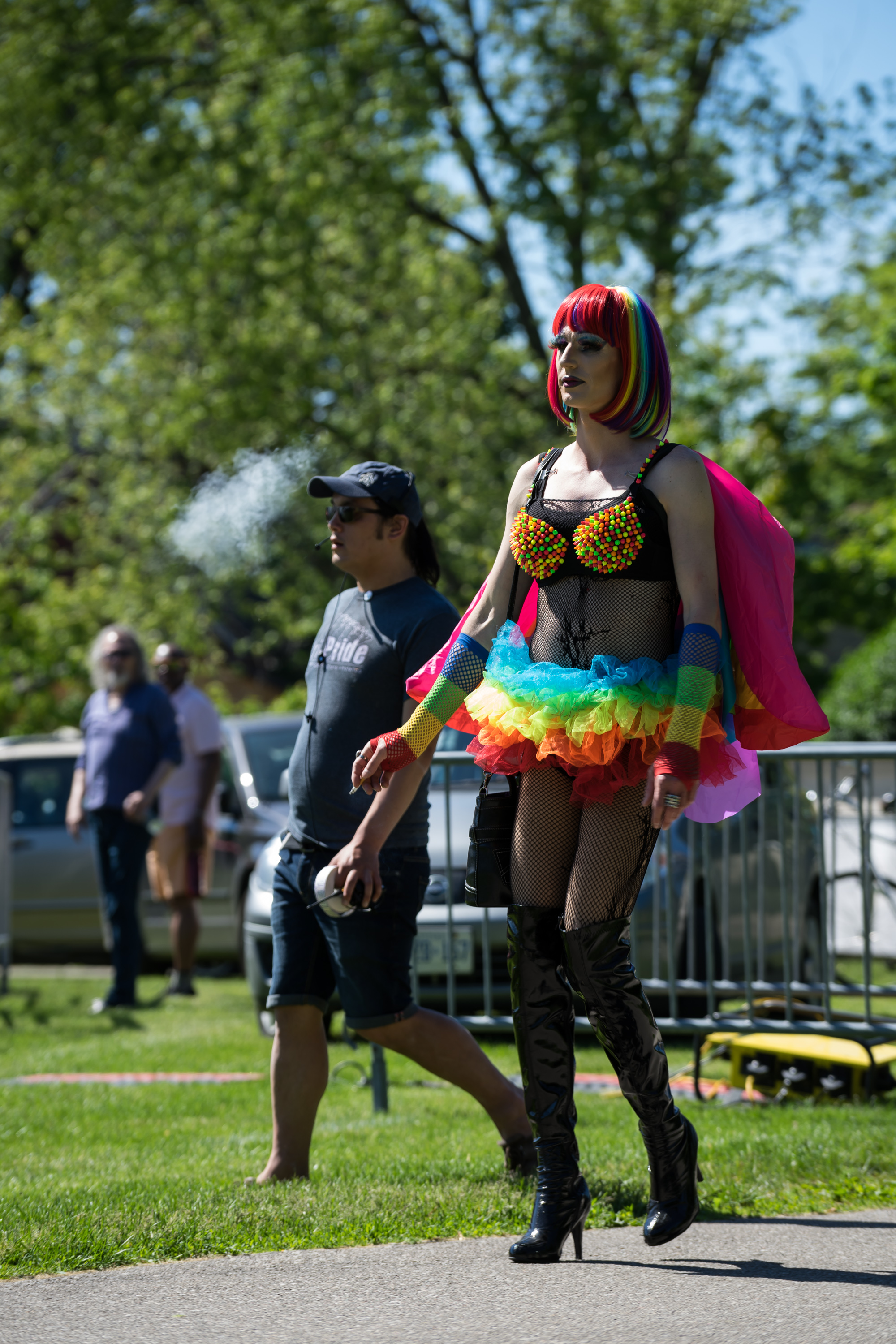 With a new board elected, tri-Pride was able to do a lot of social networking as well as partnering up with other local organizations to increase the organization’s volunteer base as well as getting the festival back on its feet for 2017.

This year’s festival was filled with many events that included a dance party, a discussion on fertility health, and the largest event, a live music festival in Kitchener. The festival concluded with a Pride march that began at Kitchener City Hall and a picnic at Victoria Park.

“Pride is a poster for our community,” Chunaco said when asked about the importance of the tri-Pride festival. “It’s what brings us together.”

A wave of controversy hit the festival this year with the organization’s decision to include Waterloo Regional Police Services, a contrast to the exclusion of police at Toronto Pride.

“When we accept police into pride, we accept the history of violence of police oppression and compromise the safety of already marginalized peoples,” said Ethan Jackson, co-founder of Plan B Co-operative KW, in an email to TCE. “Pride helps give language and visibility to queer kids and elders alike by bridging intergenerational gaps of queer narratives. What is lacking in these recent years of pride festivals is a critical examination of what systemic barriers queer folks are facing who are marginalized in different ways. Police do not belong in pride.” See Jackson’s full statement here.

Chunaco stated that Toronto and KW are different, our pride celebrations are different and our police forces out different, when asked why WRPS were invited to tri-Pride, adding that the two groups have been working together for years.

“In light of recent concerns from the community, tri-Pride and WRPS have reviewed and reduced WRPS’ visible presence at the festival,” Chunaco said, adding that WRPS attended the festival as a community partner. Chunaco said a community gathering to openly discuss the issue of police involvement is a possibility for after the festival.