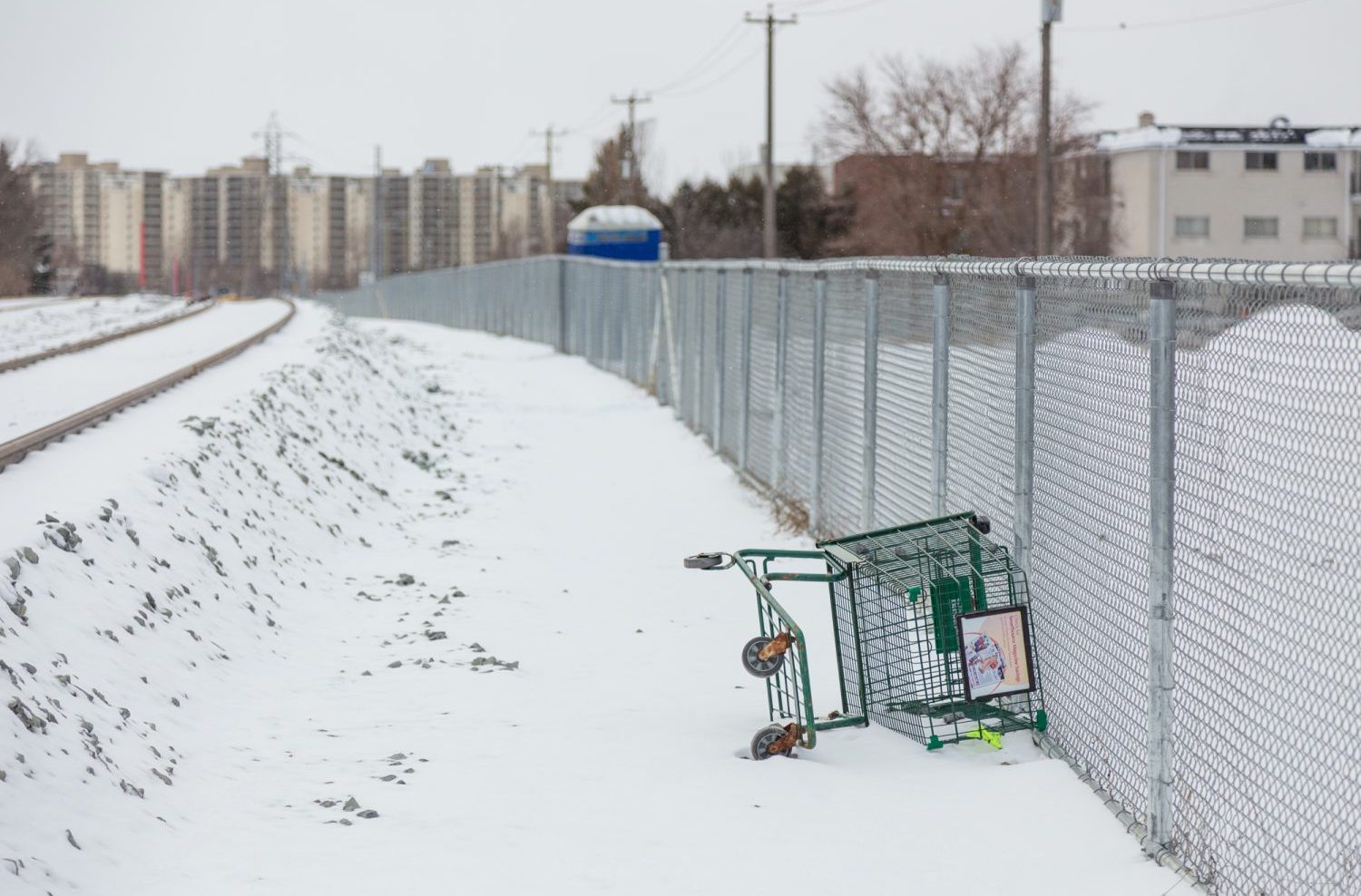 Traynor Fights for Its Walkable ‘Hood

You can easily see Food Basics from the living room window of an apartment at the back of 301 Traynor Ave. Until recently, the grocery store was a 300 metre walk away – 500 when using the lights at Manitou to cross busy Fairway Road. Then two long fences went up and the same walk doubled to over a kilometre. Now if you want to do you weekly grocery shopping, you need to take a $10 cab ride (each way) or a longer bus trip. 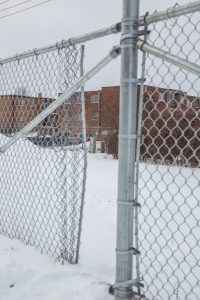 This is the situation faced by hundreds of people living in the Vanier-Traynor neighbourhood, where fences were
erected to keep people away from the LRT tracks that replaced a former hydro corridor, but also severely diminished a walkable neighbourhood.

Maybe you want a double-double from Tim’s or a Big Mac. Or you have some banking to do at RBC. A kid with a good arm could throw a snowball from behind her building and hit any of those establishments. Now it’s a hike.

That’s a major problem in a neighbourhood where people are less likely than average to drive and more likely to rely on walking, biking and public transit. What might seem to be a short distance by car becomes long if you are walking — and formidable if you are carrying bags of groceries or pulling a cart. Especially in the winter. Even if a person owns a car, no one should be required to drive when it is so much quicker to walk.

So if we value walkable neighbourhoods — and that is a key goal of the LRT — something needs to be done, and soon, to preserve the routes people have been using to get to these and other destinations along Fairway from Traynor. Even without consultations, the well-worn paths clearly show where people regularly walk.

Fortunately we still have time to makes this planning oversight right. Thankfully, the City of Kitchener took the lead on the problem the regional project caused. And so on a snowy January afternoon, a good sized crowd attended a consultation on how to preserve pedestrian access now blocked by the fences. Staff seemed pleased with the feedback they were getting from residents on where they lived and where they were used to being able to get to on foot.

I trust that feedback will lead to a better solution than the trial balloon floated at the consultation. A potential pathway was shown crossing over between Michael’s and the Swiss Chalet building. While that may make sense as being about half way along the fenced route, it clearly is not the best location.

The apartments and townhouses are clustered on the end of Traynor near Vanier and pretty much right behind the conveniences on Fairway and the crossing to get groceries. That’s where the paths are. That’s where a crossing is most needed.

Several solutions are being considered. While an overpass or a tunnel is desirable for ease of use and safety, they are expensive and not planned into the design. So a level crossing with gates that open only when it is safe is the best choice — just as it has already been selected as the best choice to cross another fenced section of the LRT route beside the University of Waterloo.

Let’s get on with it, because as a resident told the Social Development Centre of Waterloo Region, “a crossing is urgent because it would provide immediate access for necessities.”