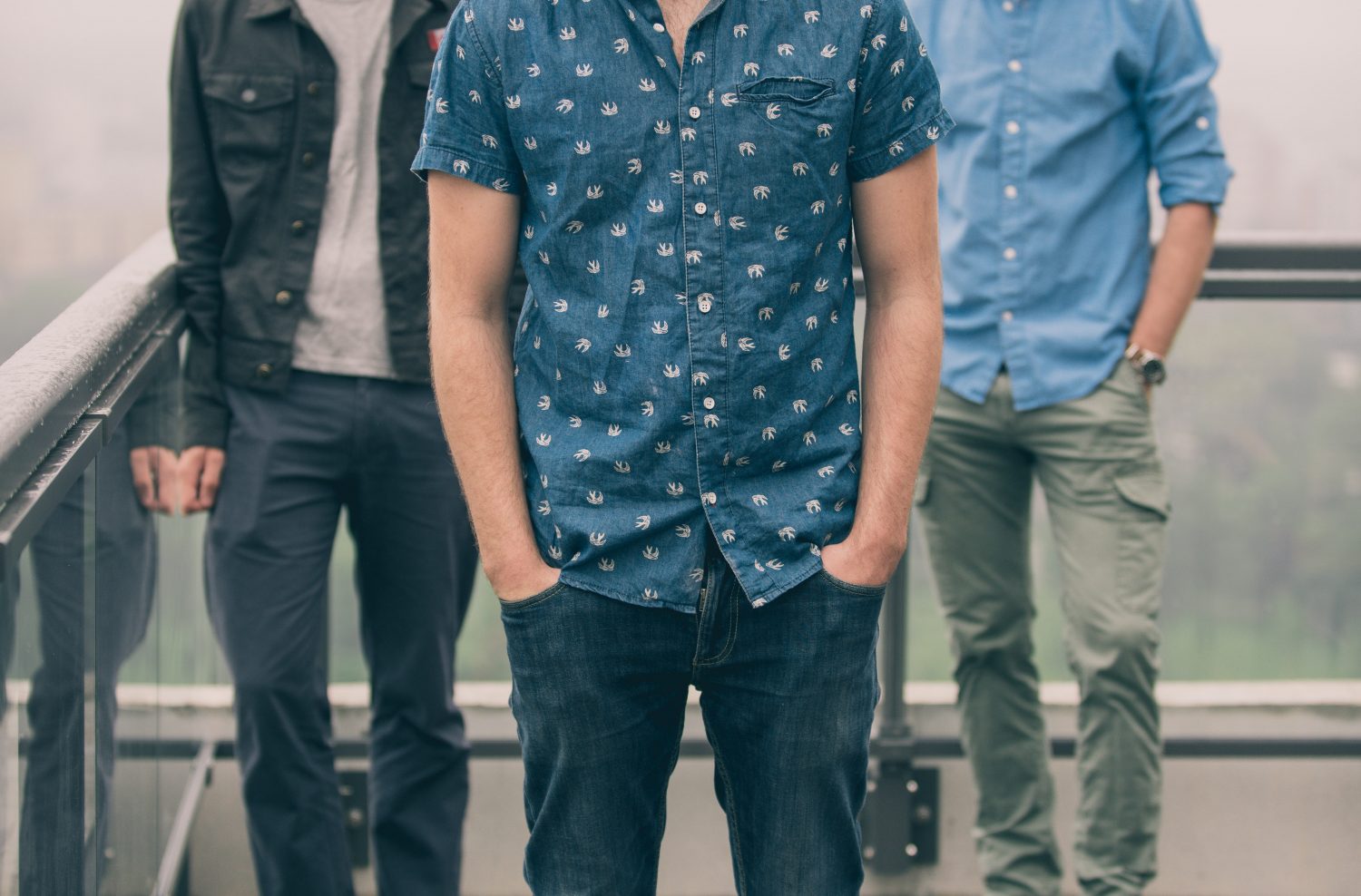 “That moment when you realized you’ve sung ‘Takin’ Care of Business’ a hundred times at weddings,” Ian Angus McLennan, bassist in Dan Howler says in between sips of his Labatt 50 tall boy. “That’s when a part of you dies and you know you need to start working on an album.”

Ian, sitting across from me is one third of Dan Howler. Drummer Duncan Chapman McLennan (Ian’s elder brother) sits to my left, while the band’s namesake and singer, Dan (Bossenberry) Howler flanks Ian. All three join me around a patio table — arguably their natural environment — to share the story of the band’s inception, the memories of the too oft-played wedding songs and their hopes for what their upcoming album release will bring to the Waterloo Region music scene. 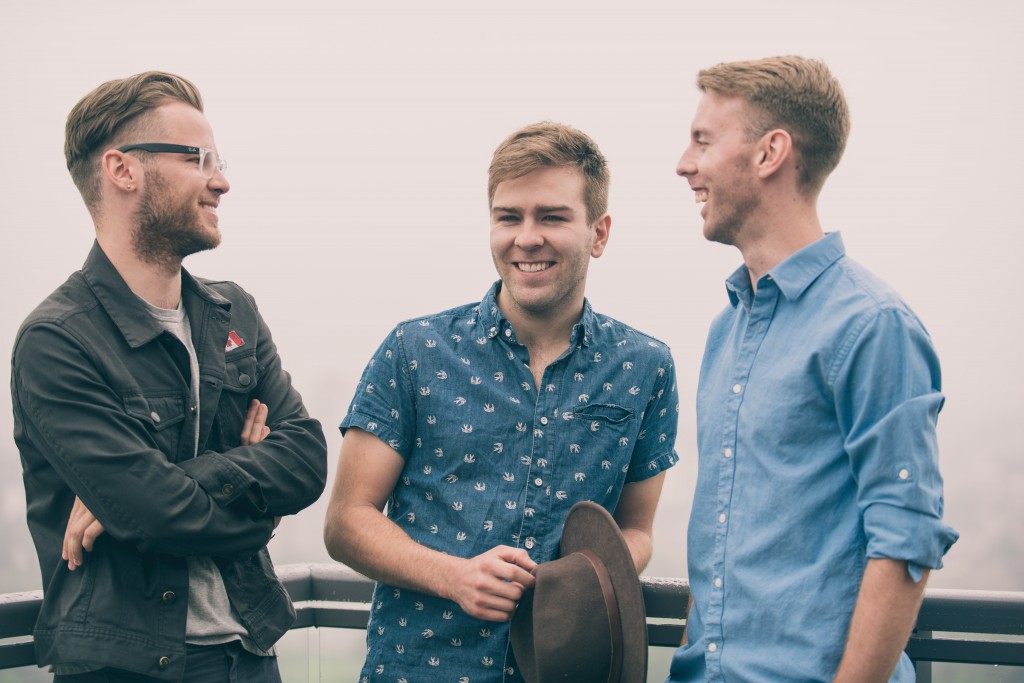 “No, no, it started when we got the grant,” Duncan says of the Kitchener-Waterloo Arts Grant the band received, providing a less anecdotal answer than his brother — a trend in the conversation. “We got it in June 2014, and had been writing it since that February.”

All three young men remark on how long the process has been, one that started in conversation at the now closed St. John’s Music, where Dan and Duncan worked together. The group’s musical talent, however, began long before messing around after hours at St. John’s.

“Yeah, I was put into music lessons when I was a one-year-old, Duncan was the smarter one,” Ian responds with just as much sarcasm.

Jokes aside, the McLennan pair, hailing from London, Ont., do in fact share a melodic past; with two musician parents both Ian and Duncan took up bass and drums respectively as preteens. Their first band was one that graced high school stages under the name Fat Camp, as inspired by a favourite episode of The Simpsons. 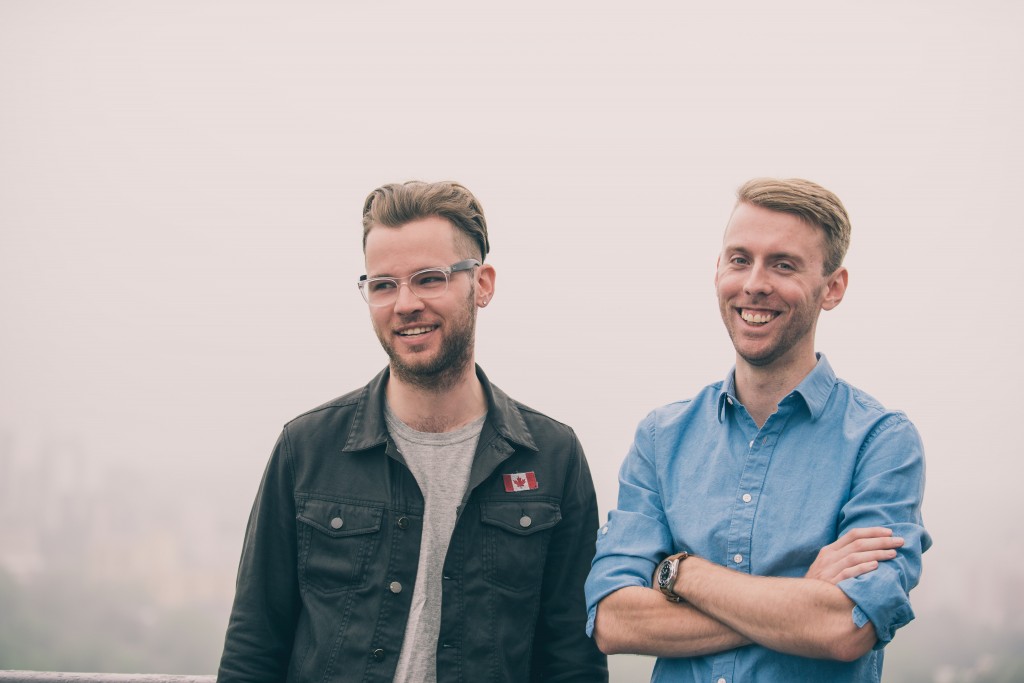 Waterloo-Region raised, Dan’s venture to the stage isn’t far off; he also cites his family’s tie to instruments as his greatest influence.

“I always think the moment I realized I wanted to play music was at cowboy camp. We used to sit around the camp fire with my dad and play Blue Rodeo until the light came up,” he says, laughing at his own nostalgia, the other two join. “Dad always had a guitar around.”

Tonight, Dan Howler has traded the instruments in their hand since youth for tall boys, another round of which is ordered as we get past their history. The patio table is beginning to fill with the same camaraderie and story-sharing one might find at a camp fire – maybe at cowboy camp. Dan leads the next story, an unfinished one of their soon-to-be-released album, titled Mayfair Hotel.

“Some songs are from high school, college, recently, whenever,” he begins. “They’re basically just my songs but bigger and better and the sound is… I don’t know how to explain.” 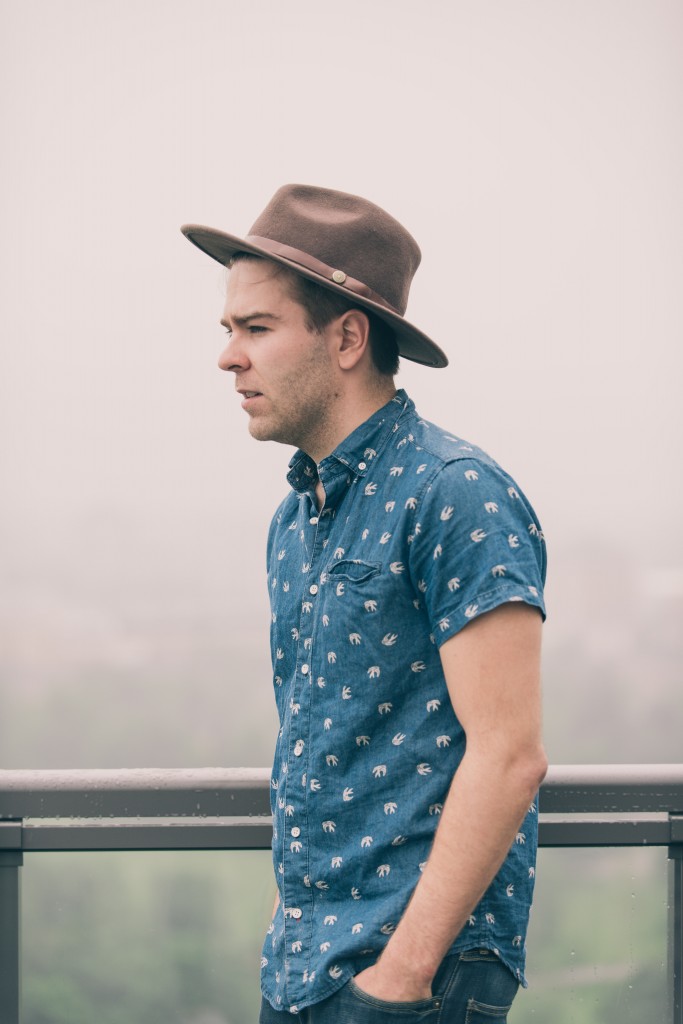 A trend around Mayfair Hotel’s ten track sound – no one seems to be able to describe it in short. In conversation with William Muir, the man behind the album’s recording and mastering, he described the can’t-put-your-finger-on-it sound as a positive.

“Every song is completely different; it’s got your generic pop rock, sure, but it’s full of country elements and sounds that belong on an old soul record.”
While all three band members try to aptly describe the album in between swigs of beer, it becomes apparent that to each listener, the tracks mean something different.

“The soul is roots rock but we just sit down and play,” Duncan says, describing how their process so heavily affects their sound. “How many records do you get three songs in and think ‘okay, I’ve heard it all?’”

Littered with locations – Montréal, Tennessee, South America – the album has a distinct travelling sound to it. Driving music at its finest, Mayfair Hotel, with its memories of a highschool left long ago, notes of road trips and scrapbooked city features is like a time capsule of an album.

Dan Howler’s personality and process is all to be unlocked by a listener, something Muir found quickly in the recording studio.

“They’re very opposite in terms of personalities, Duncan is organized, he likes to have his parts prepared before he gets to the studio,” says Muir, sharing the traits of the trio that seemed so integral to the recording process.

“Dan’s got a killer ability to write perfect songs, more than one for an album – that’s a biggie,” he says. “And then Ian seems to have the ability to work things out before even playing it.” 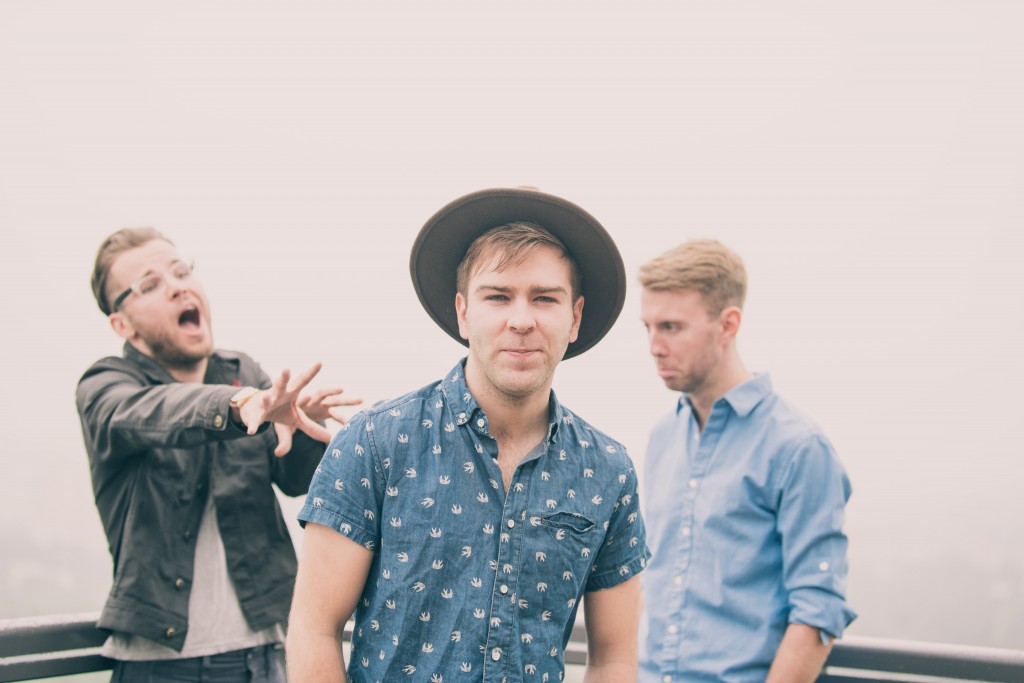 While Dan, Duncan and Ian fill the spotlight, the album is dusted with other notable Kitchener names that bring the cross-genre vibe to Mayfair Hotel. To name a few, Ryan Cassidy and Steve Wood bring saxophone and steel guitar respectively to the hyper-local record.

Despite the locally significant names, the recording process, which was funded by a grant and followed nine-to-five day job shifts, was less than glamourous in the studio nestled above Café Pyrus.

“We’d get in at 5:00 p.m. and go all night,” says Dan. His band mates follow quickly with somewhat intelligible snippets of stories of late night recording sessions, attributing their success despite trial in part to Muir.

In a follow up conversation with Muir, I could see why.

“At some point in recording, it became less of making a record and more of a passion project,” he says. “I know they have ability and they have ‘that thing.’” 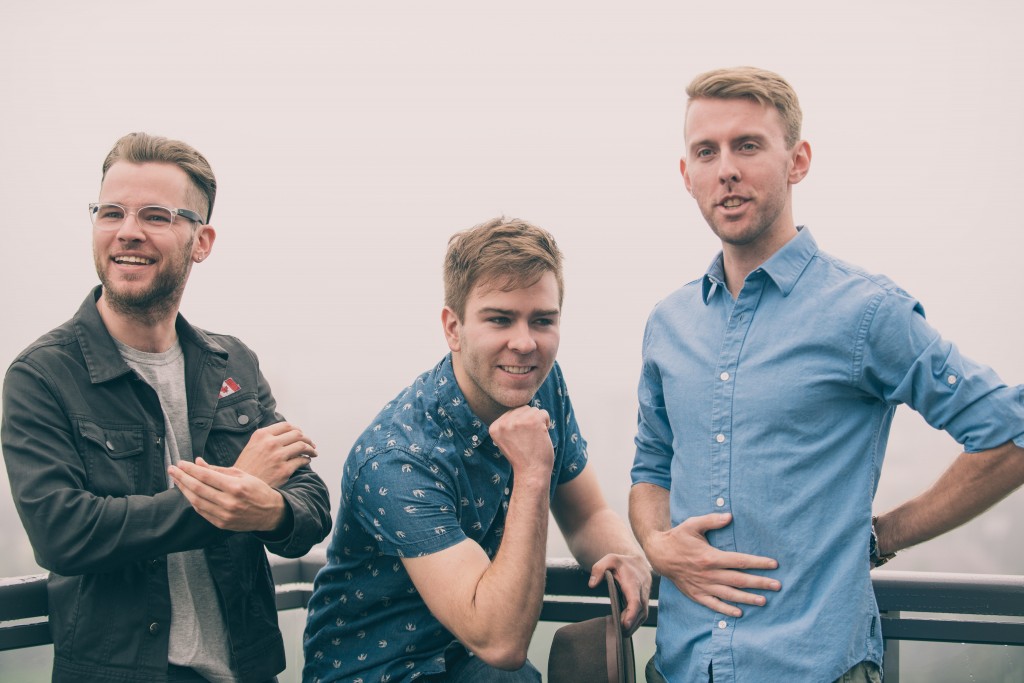 But Muir’s ear isn’t the only one with high hopes for Dan Howler.

“When I was working on re-mastering the record, I showed it to Larry Thompson who produced the first City and Colour album, and he said to me ‘they’ve got it.’”

Over patio beers, Dan, Duncan and Ian didn’t seem terribly concerned with what “it” might be, unless “it” was a preternatural ability to name songs played at weddings, songs Dan Howler uses to pay the bills.

“I would love, love, if ‘Patio Lanterns’ was requested more,” Ian laughs. “But it’s always ‘Takin’ Care of Business.’”

The patio the conversation began on has grown dark and emptied as the three, twenty-something Kitchener musicians close their story much how they started their career — with wedding songs.

“We joke about it, but there’s nothing better than playing to an audience that just wants to listen to you and have a great time to your music,” Dan says, quickly returning to half-singing, half-air strumming with Duncan and Ian. 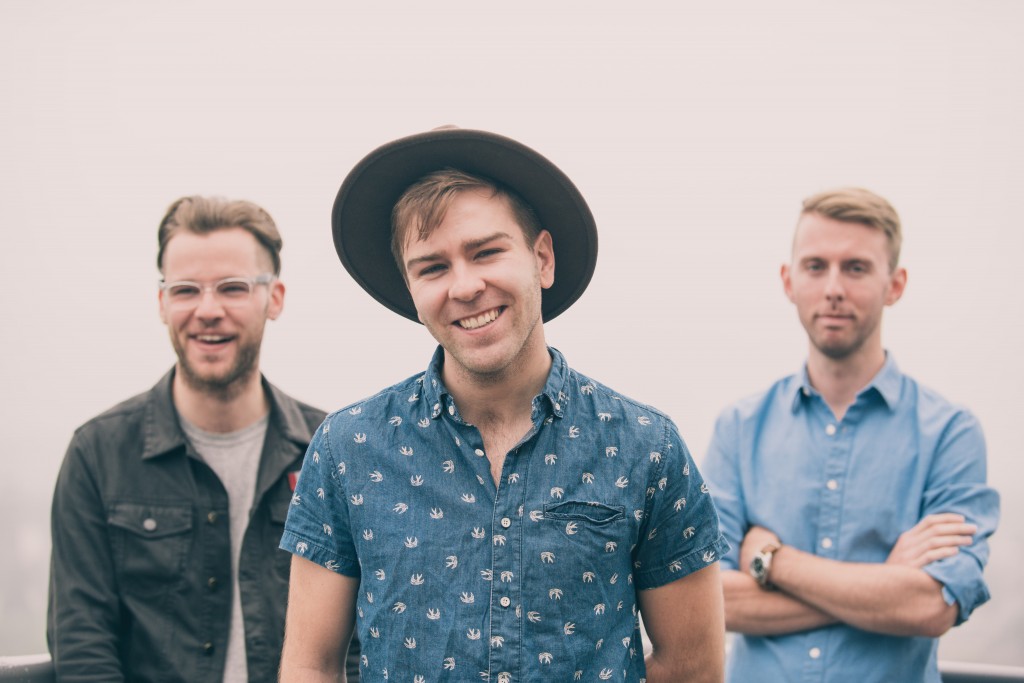