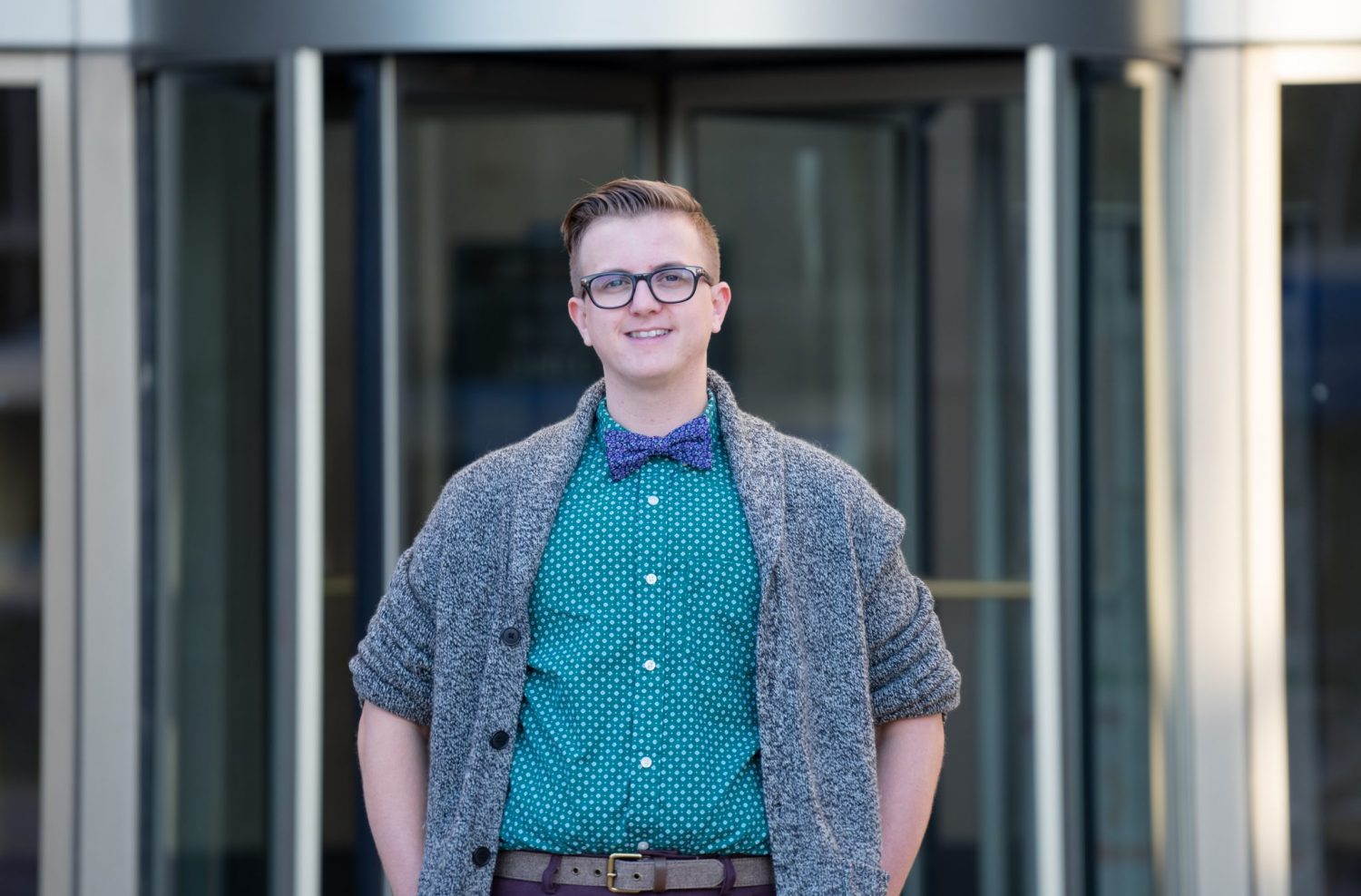 “I want to make sure that intersectionality is at the forefront of the work that we do and making sure that we’re consulting with diverse communities and we’re developing programming,” explained TK Pritchard, the new male allies educator of the Waterloo Male Allies program.

After taking over from former program educator Stephen Soucie, Pritchard has become more active in his new role at the Waterloo Sexual Assault Centre’s (SASC) Male Allies Program. For ten years, the program has provided young boys and men with educational opportunities, such as workshops and presentations, to learn how they can work towards abolishing sexual violence against women and children.

Pritchard, the former sexual health educator of Waterloo’s SHORE Centre, has always been interested in the field of gender and sexuality. He has worked in mental health and suicide prevention for Jack.org – a non-profit organization that develops workshops on mental health for young people – and has worked with various LGTBQ+ and sexual health while studying at Queen’s University.

Pritchard has only been a part of the program for two months, yet it is up to him to get the program’s messages out to the KW Region. Pritchard develops monitor-delivered programming throughout the region and works with community partners, including Wilfrid Laurier University, to deliver workshops, training sessions and educational presentations.

Since 2016, SASC has been a part of the OHL ONSIDE initiative, designed for OHL players and team staff to increase their understanding of their players’ responsibility to demonstrate respect to women.

Expanding the program to different sports teams and athletes is a huge goal for Pritchard in his role, an interest he has pursued in since he was an athlete in high school.

“I’m really interested in growing our sports program, as well as looking at ways to partner more with local businesses and organizations that are looking to have programming coming in.”

As for the “#MeToo” movement, a viral campaign used by women on social media to highlight their experiences with sexual harassment, Pritchard explained how the majority of the program’s work essentially has to do with the movement. Since the movement ignited after numerous women accused Hollywood mogul Harvey Weinstein of sexual misconduct, more internet users are encouraging better sexual health education and behavior among men and boys.

“Getting men and boys engaged in that and really understanding the magnitude of sexual violence that exists and how we can actively play a role in either continuing sexual violence or an active role in deciding that we’re going to end it,” said Pritchard.

“Men play integral roles, and really the primary role in ending sexual and gendered violence and that’s really what our program’s about.”

More men have been engaging with the Male Allies program in the last week, and Pritchard is also planning an open-community workshop in November for community members to discuss their active roles in the conversations surrounding masculinity and sexual education.

“We’re really ready and willing to have more men reach out and want to have this type of education.”