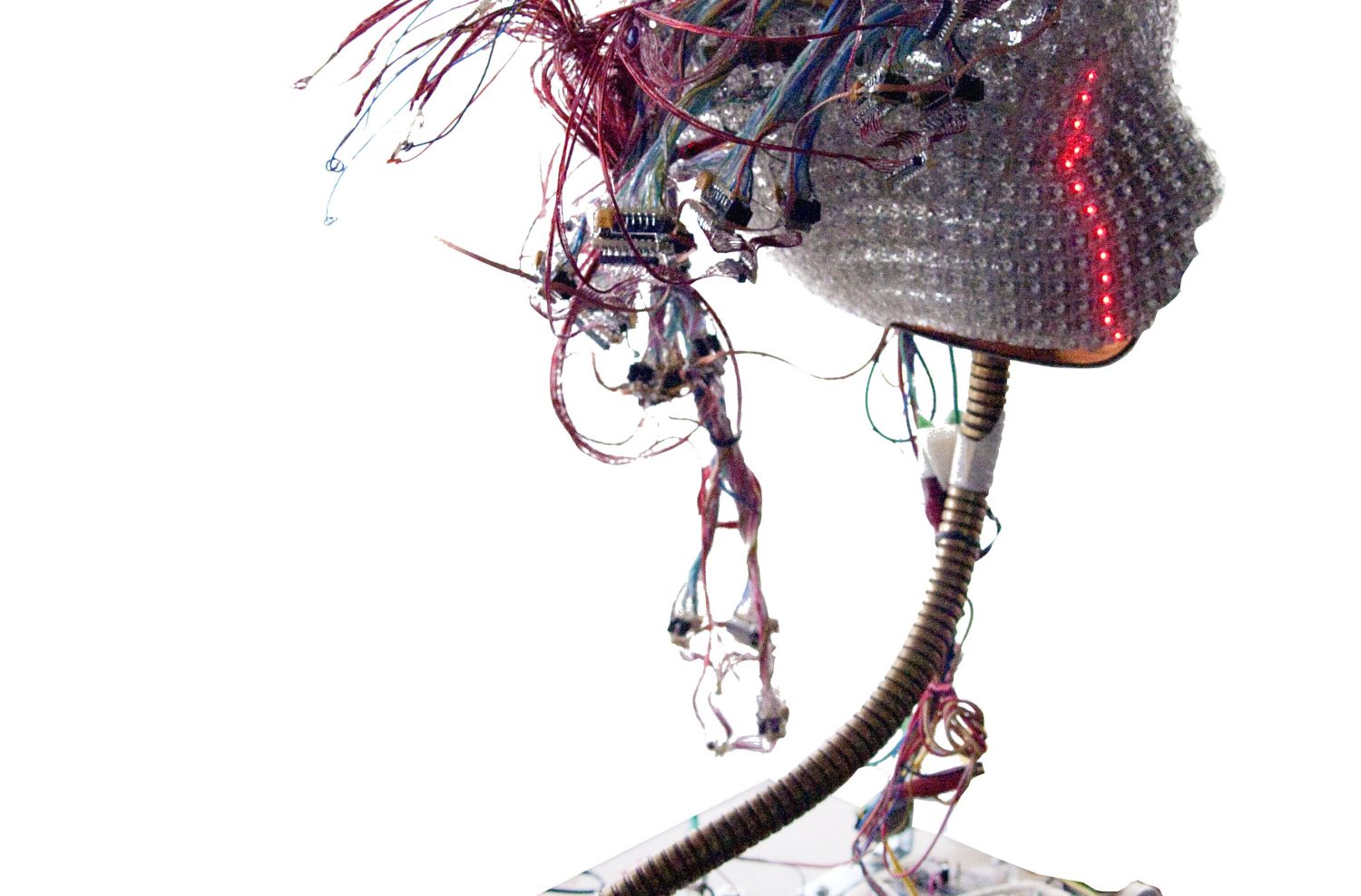 Learning to tinker with Waterloo’s hackers

On a sunny Saturday afternoon in a Guelph conference centre, about 50 odd nerds, tinkerers, artists and tech junkies are watching Grossman with rapt attention. He’s plinking away at an old children’s keyboard; the kind that three year olds get with brightly-coloured keys and a special button that plays “drums.”

He strikes a key and the toy emits a low-pitched whine. Another gives a synth beat that doesn’t sound dissimilar to what you can hear on the radio today. “Worthy of a Nine Inch Nails recording,” Grossman quips. The room cracks up.

Every year a group that calls themselves makers and hackers comes together for the Southern Ontario Makers and Hackers Conference. A motley crew of artists and programmers, they are a movement that could represent the next steps for art and technology.

We call ourselves a maker space…

In what is likely the last factory in Kitchener not slated to be turned into condos or high-end office space, Kwartzlab has set up shop.

“We have 3,000 sq ft. to do pretty much whatever we want,” says Darcy Cassleman, president of the collective. “And we choose to make stuff.”

I’m there on a Monday night, the space’s traditional open house night.

Cassleman leads me into the back room, a huge space filled with big, intimidating equipment — at least to my untrained eyes. “This is our C&C milling machine,” he points to a large metal container. “We have woodworking tools and a welding and metal working area.” Several members are using power tools on large pieces of wood and the room is filled with the debris of various projects. It’s not exactly what one has in mind when you think of the word “hackerspace”.

“A hacker [is really] an engineer who is able to do clever things with technology,” says Cassleman. “That’s what we understand a hacker to be. But trying to convince everybody else of that when they think guessing a four digit pin makes a hacker is hard.”

We wander past two younger members fervently discussing an episode of Community (up for debate: the philosophical implications of Abed’s Dreamatorium) and into the beating heart of Kwartzlab. A bank of computers runs against one wall, while in the centre, people gather round large tables, chatting about life and projects.

Doug Moen, a user of the space, shows me busts of Yoda the group made with their 3D printer. In industry, these printers are often used to create models for larger projects. Here, it’s a way for people to play with what interests them. “We need a new 3D printer,” Moen says. “The idea is to get four new ones and run a regular series of public workshops.”

The space isn’t limited to what you can make with tech. Cassleman shows me their art wall, where the artist-in-residence (who rotates in every few months) displays their wares. It’s important to him that people understand the difference between what they believe a hacker is and what is actually going on at Kwartzlab. “We call ourselves a makerspace because there are a lot of connotations about the word hacker.”