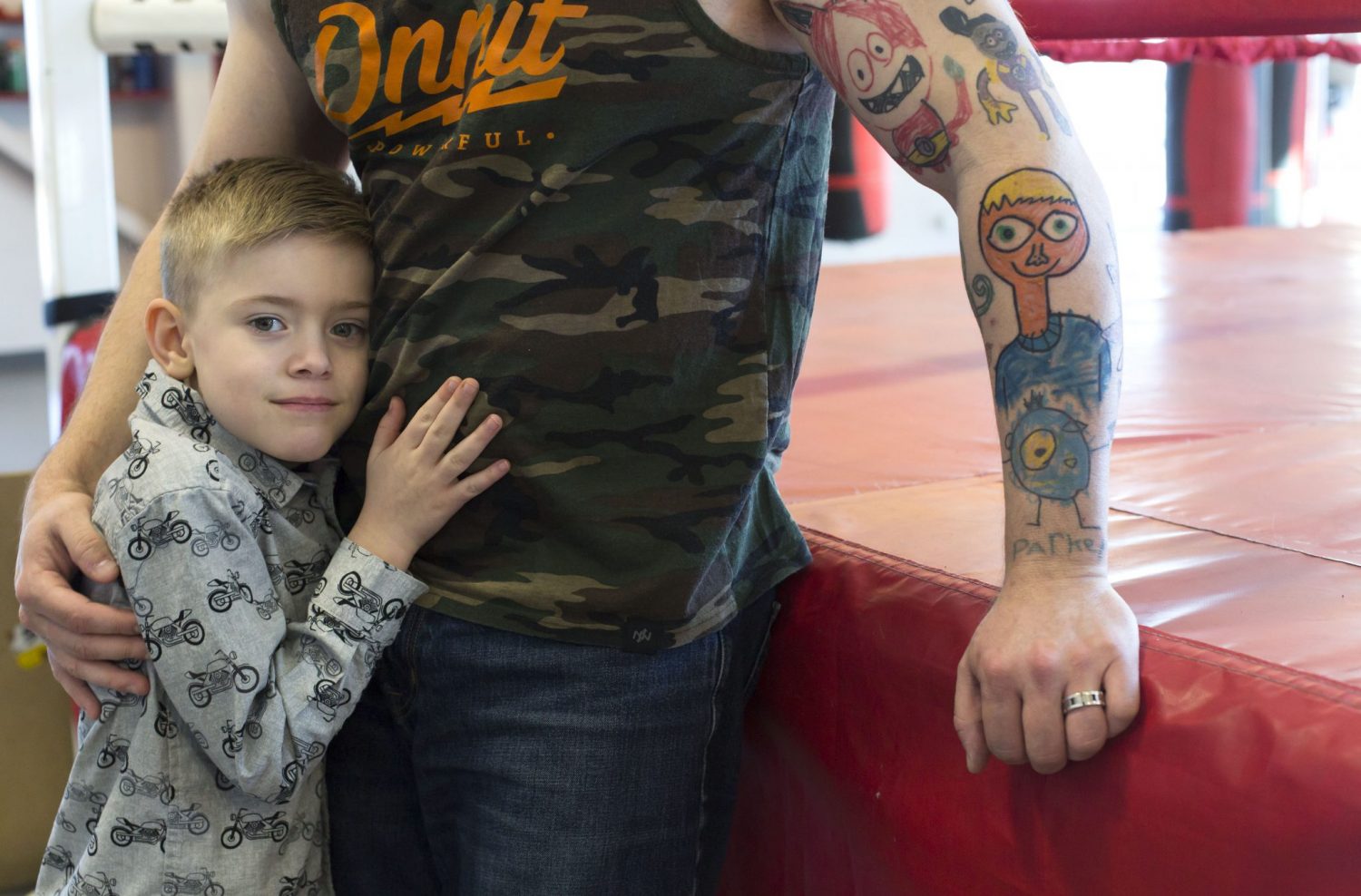 Our Ink, Our Stories: Using His Son’s Art As a Way to Connect

Kitchener resident Craig Sears’ entire arm is covered in his seven-year-old son Parker’s drawings. This isn’t a case of a child on the loose with permanent markers; from Sears’ shoulder to his wrist, Parker’s drawings are tattooed on his skin — Sears’ way of communicating to his son that he will always love and support him.

Last year, Parker was diagnosed on the autism spectrum.

“[My wife, Paula and I] got a call one day from his teacher. She was a fantastic lady, loved him to death, saying there might be something wrong here because he consistently cried, he consistently didn’t know what was going on, structure was lacking with him. That’s when we decided to get him in with a psychologist,” Sears said.

Sears explained that Parker had always been “quirky.” He had a vocabulary larger than kids his age, and often parallel played with other kids, meaning he played alongside them opposed to with them. Sears also explained that because Parker is so high-functioning, his autism is oftentimes invisible.

“He’s at a gifted-level of intelligence — super smart, razor focused on one thing. With that being said, because he’s so high functioning, that poses a problem because a lot of people don’t realize he has autism,” Sears said.

Sears provided a couple examples of how Parker’s autism affects his behaviour. He recalled a recent memory of taking Parker to a movie theatre. Something in the movie scared him and he ran around the theatre yelling. There was another instance in the grocery store where Sears felt they were being judged by other shoppers. 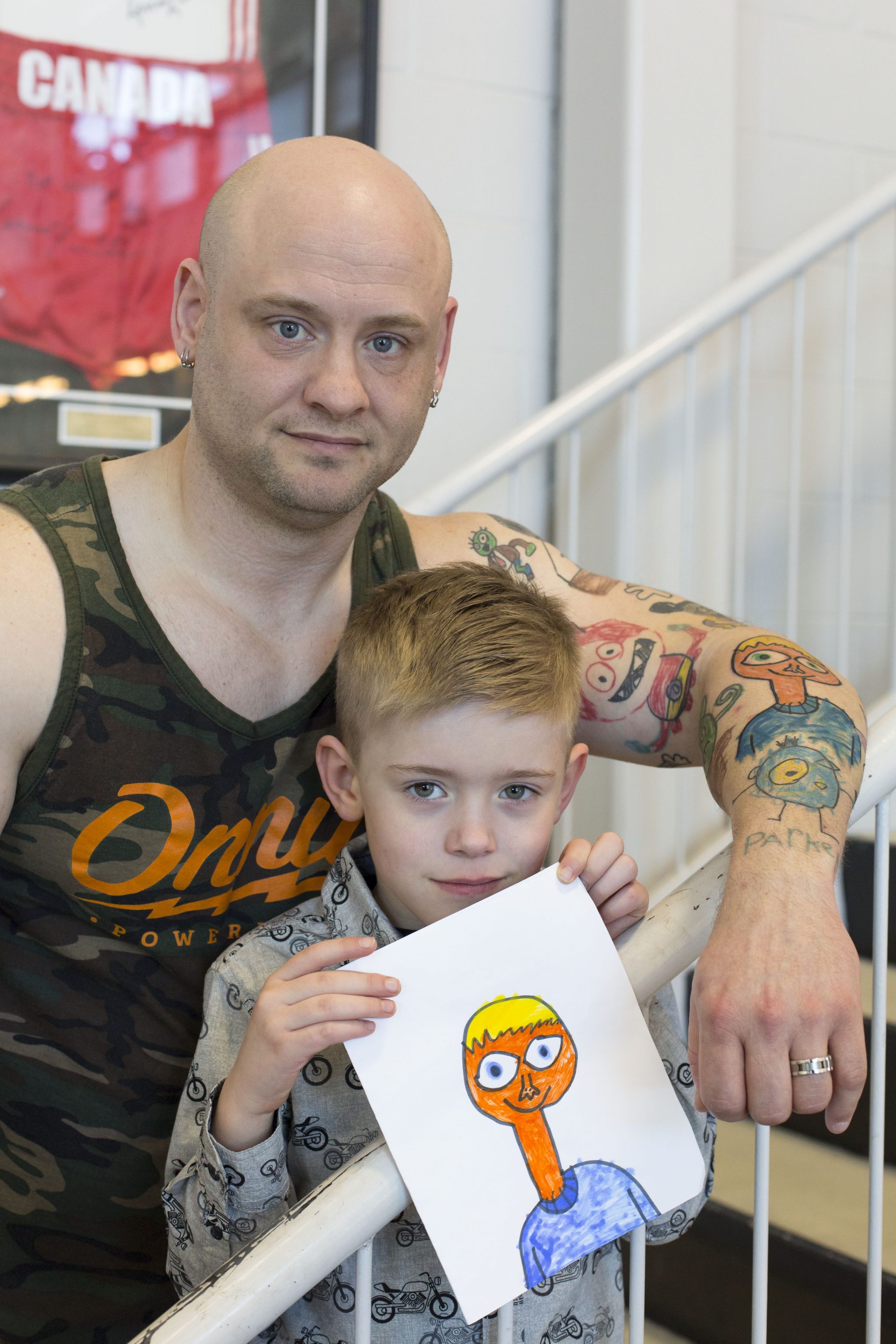 “In the grocery store one time, he was being a little loud, and there was a lady in front of me in the line up. She gave us both a bad look, and it kind of insulted me because he’s just being a child. He’s an autistic child. So what I do is, I was loud with him,” Sears said.

Sears said that the common misconception is that he and his wife are bad parents, or that Parker is a misbehaved brat. The default is for strangers to scoff, opposed to actually understand why Parker is behaving the way he is.

Sears, who volunteers his time to teach kickboxing and was formerly drafted to the CFL, explained that he and Parker have not always shared similar interests. Sears explained that Parker’s boundaries are very firm in terms of the activities that he does and does not want to do, like when Sears’ coached Parker’s blastball team, a game Parker showed little interest in. Parker’s diagnosis offered a lot of answers to unanswered questions and gave Sears the opportunity to reframe the methods he chose to connect with his son.

“I’m glad we got this diagnosed so soon, because now I can understand him,” Sears said.

That’s where the idea for the tattoos came from. Sears explained that all over his house, Parker has taped up pictures that he’s constantly drawing. It’s those pictures that Sears has tattooed all over his arm, which he started just this past January. Some of the pictures include characters from Plants vs. Zombies, a game the two play together, and even a self-portrait of Parker, himself. The tattoos were done by Cam Davis of Berlin Tattoo in Kitchener.

“[Davis] was more than receptive to do this. He was excited. He loved it,” Sears said. 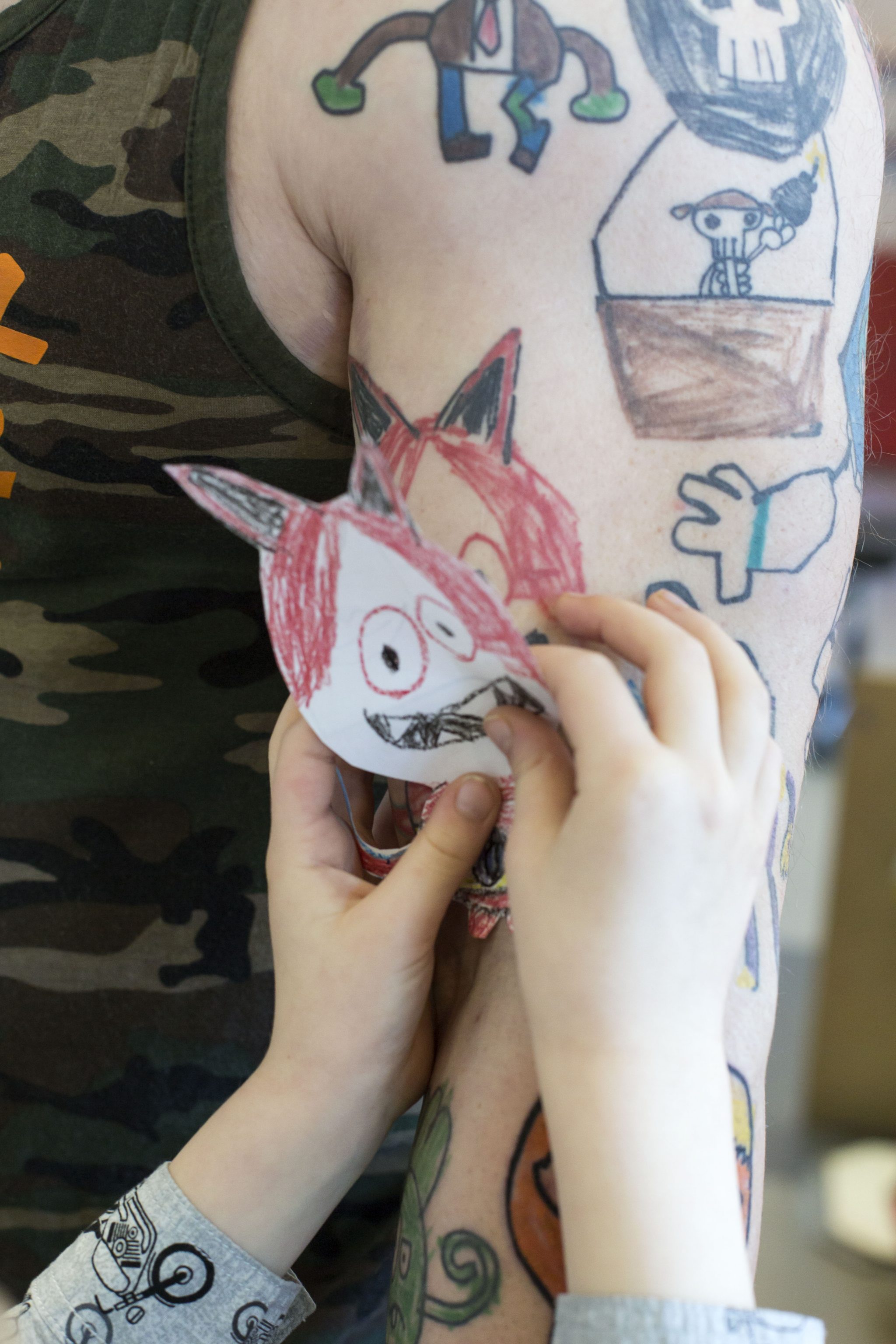 “The way that [Davis] has rendered it is exactly how I wanted it. The scribble lines are there, it’s outside the lines. The first guy I saw [said] he would tighten everything up and make it all nice and neat. I was like, that’s not what I want.”

Although Sears’ arm is covered in the drawings, he said it’s still incomplete. There are still a couple characters he wants to add and he hopes to have Parker draw a puzzle piece, too. As for Parker, Sears said that his son was initially embarrassed to have his art permanently on display on his father’s body. But after Sears’ started the project, Parker is now helping him decide where future pieces should be placed.

Sears hopes the tattoos will act as a way to show Parker how much he loves him and how important it is to him that the two connect in a way that Parker knows how.

“This is the only way that I know how to support him,” he said.

Sears said that as much as he wants his son to be his “partner and crime” and learn from him, Parker teaches him something new every day.

“I think we all [have to] take a good long look at ourselves and realize that there’s more behind the picture of people. When he was running up and down the aisles in the movie theatre screaming … something scared him and he can’t control it,” Sears said.

Our Ink, Our Stories is a collaborative project we have with the Kitchener Public Library. Read more stories at ourinkourstories.com.