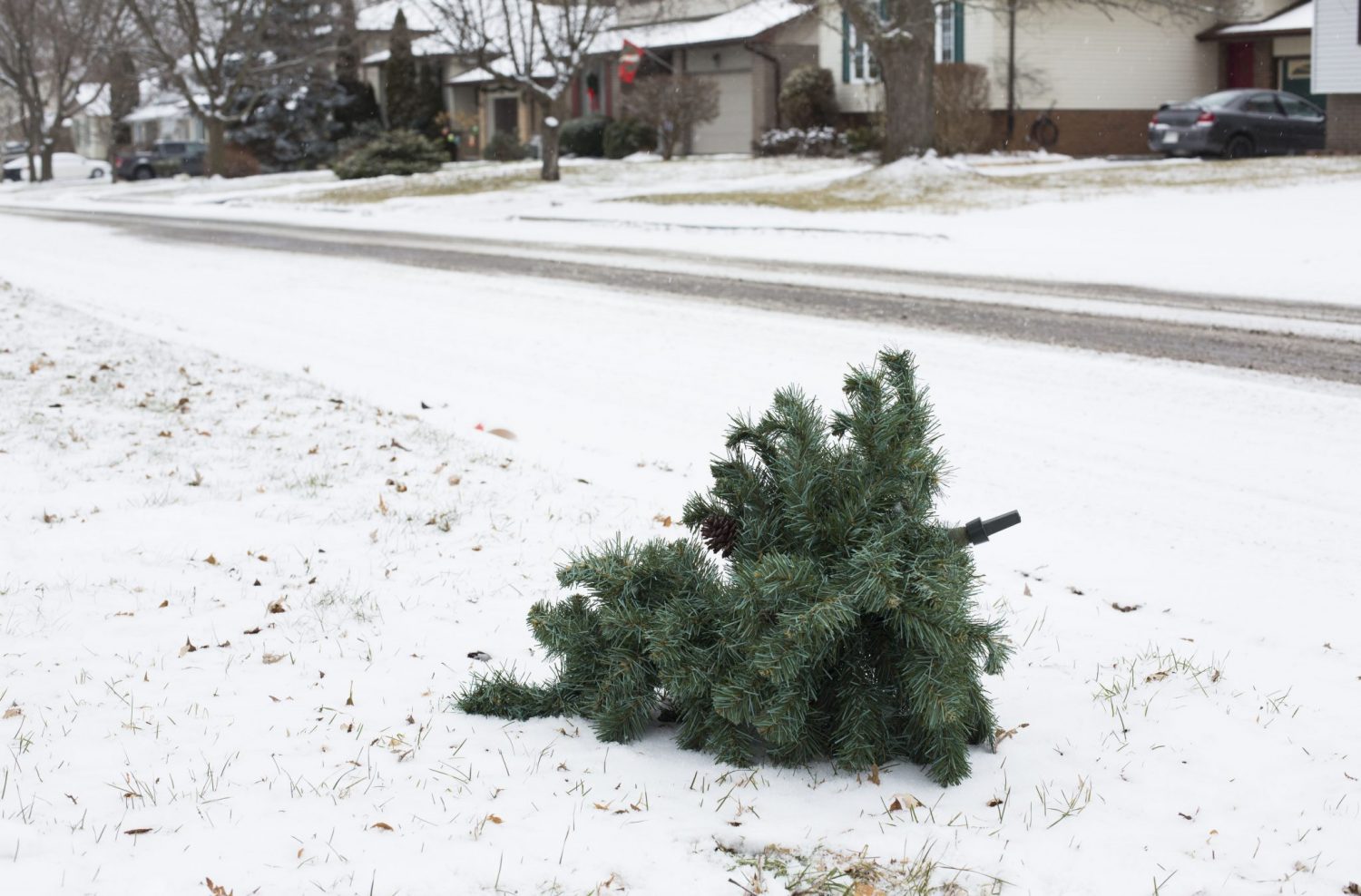 Since the first Christmas tree on record was burnt to a crisp during the 14th-century in the former Baltic town of Livonia (now modern-day Estonia and Latvia), after members of the ‘Brotherhood of Blackheads’ danced around it, the tradition of harvesting a living tree and decorating it as the centrepiece by which Christmas celebrations revolve has endured.

Christmas trees comprise a multi-million dollar industry, which sees more than a million trees purchased every year across Canada, in addition to the over two-million Christmas trees Canada exports across the planet.

This past season, Benjamin Tree Farms in Waterloo sold around 4,000 trees, according to Pat Doyle, who has been with the farm for over a decade. The farm, which spans 50 acres and is home to 60,000 trees was still seeing customers — Doyle had counted over 100 people — vying for a tree with only a couple days left before the December 25 deadline.

Chickadee Christmas Trees located outside of Cambridge is home to around 10,000 trees, having just completed its 17th season with reported sales of around 1,000 trees. Owner Alison McCrindle said the appeal for customers lies in the traditions and the recent season brought a lot of new families seeking to start their own.

Not long after presents have been claimed, decorations stowed and the coniferous scent faded, the trees having served their purpose, are seen lining the streets of residential neighbourhoods, signaling the arrival of a new year.

But what happens to all the waste created by the curbed trees?

In 2002, the responsibility for garbage collection was transitioned from the municipalities to the Region of Waterloo and off the bat, a Christmas tree collection program was initiated. Though it wasn’t until 2017 when the program was expanded to include all rural areas of outlying townships in addition to the tri-cities.

The program sees trees collected at curbside — at an annual cost of four or five dollars per household, including yard waste — and turned into mulch during springtime. The mulch is distributed for free at the Cambridge and Waterloo landfill sites from April until October, or sold to local nurseries.

Next to having a potted tree, kept alive and replanted each year after Christmas, mulching is the best option for the environment, with the least greenhouse gas emissions. All three municipalities in the Region have their “official” Christmas trees mulched and used for either local plant beds, trail systems, or nurseries.

If a tree is discarded outside of this season’s two week collection period between Dec. 31, 2018 and Jan. 11, 2019, it will be counted as a bulky item and enter the landfill as garbage where it will sit and decompose while emitting sequestered carbon dioxide and methane as a result of decomposition. The Carbon Trust in the UK estimates a carbon footprint of 16 kilograms CO2e for a 2-metre real tree left in a landfill. In comparison, an average car would need to be driven for 106 km to emit the same amount.

At the centre of anthropogenic climate change are carbon dioxide and methane, both green house gasses which trap radiation from escaping the earth’s atmosphere, resulting in a warming planet. Methane is 21 times more effective than carbon dioxide at trapping heat, but only remains in the atmosphere for 12 years, compared to carbon dioxide’s 50 – 200 years.

“[The Region’s landfill produces] approximately 2,000 cubic-feet [of gasses] per minute,” Susan White, manager of waste collection and diversion for the Region, said.

Thanks to gas extraction wells, 70 to 80 per cent of those landfill gasses are trapped and diverted for other uses. Gerdau Steel uses landfill gasses from the Cambridge facility to offset costs of Natural Gas use, while Toromont Energy converts the gas from the Waterloo facility into electricity for up to 4,500 homes.

In 2018, 250-metric-tonnes of Christmas trees were collected at the curbside, according to data provided by White, if an average tree weighs an estimated 22 kilograms, that equates to approximately 11,363 trees.

Using the estimation of 11,363 trees collected in 2018, and the estimated carbon footprint from The Carbon Trust, of 16 kilograms of CO2e per 2-metre tree, those trees diverted from the Region’s landfill amounted to 181-metric-tonnes worth of CO2e.

It’s a small fraction which has contributed to the reduction of 22,000 metric tonnes of CO2 over the past seven years, resulting from the Region’s green bin program, according to White.

While hucking Christmas trees in the garbage won’t bring an end to our planet, they take up space in the Region’s only landfill, which is forecasted to reach capacity within the next one to two decades. The green bin example proves that with combined participation, significant environmental impacts can be made to keep from further contributing to an already oversaturated level of greenhouse gasses in our atmosphere.