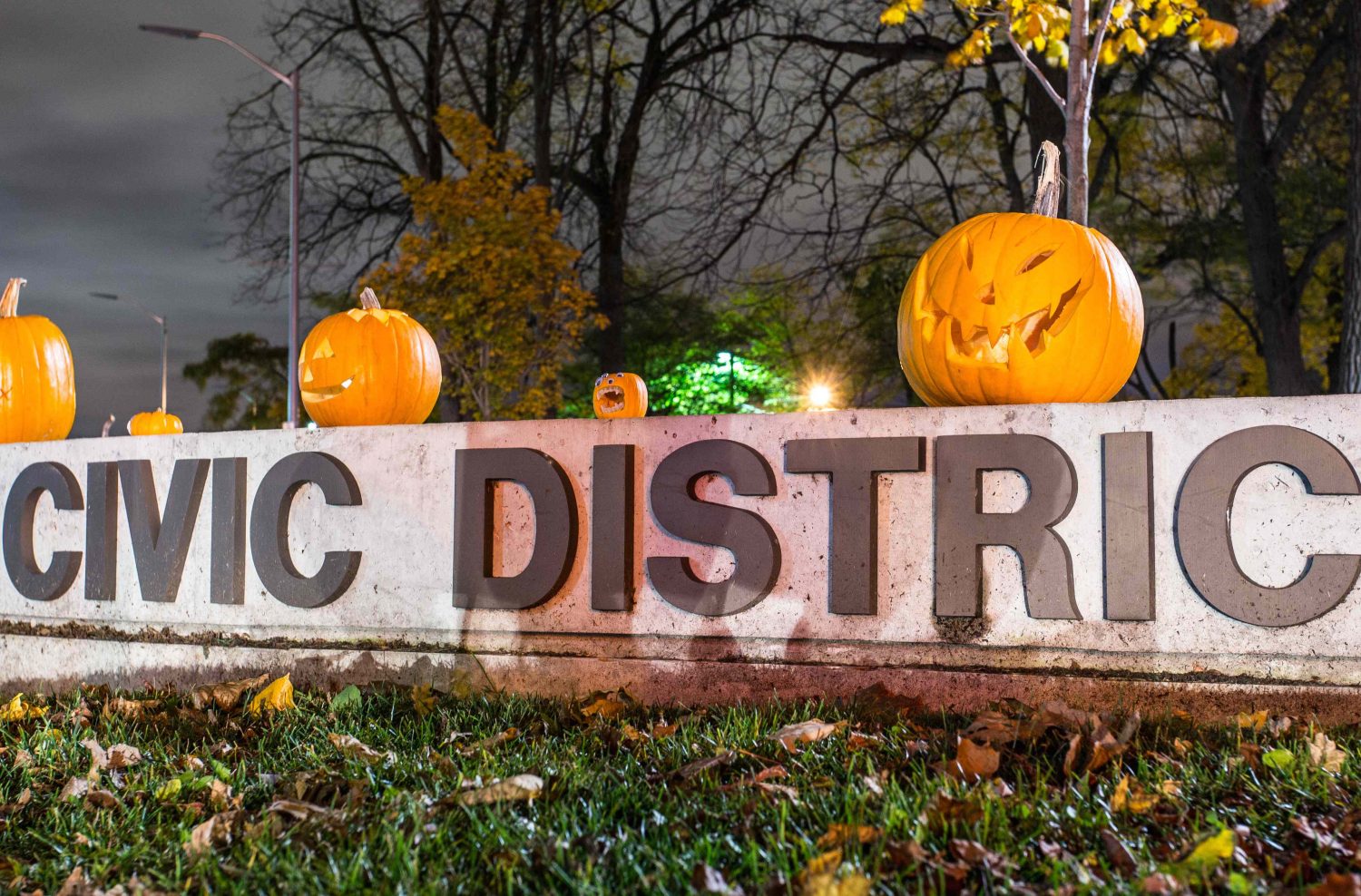 Billed as Kitchener-Waterloo’s Nuit-Blanche style event, NIGHT\ SHIFT focuses on seeing Kitchener in a whole new light by exploring it in the dark. This one-night art party began in 2013 as a community-building project by A\J (Alternatives Journal), and has grown into a nocturnal adventure exploring Kitchener-Waterloo’s rich arts and culture community and the spaces that live downtown. This year, the festival attempts to expand to the entire Halloween weekend.

“There was no Nuit Blanche-style event in Kitchener, even though there’s a large student audience, people working in creative industries, and a ton of great public and private space downtown,” says Eric Rumble, creator of the festival. “NIGHT\SHIFT pushes people to recognize different possibilities in the built environment, to think of [Kitchener] as a place with a ton of vibrancy if you look a bit harder, or if you challenge yourself and your creative class in the city to reanimate space.”

While the programming has not been finalized for this year, the committee is making plans to have two dozen or more pieces of programming in a variety of spaces in Downtown Kitchener, inside and out.

“There will be more concentration this year on Queen Street and Hall’s Lane, from the Kitchener Waterloo Art Gallery, to Hall’s Lane over to Gaukel Street. We are concentrating on animating that laneway space, and indoor and outdoor spaces along the route,” says Rumble.

The first two years of the festival have been a large, free event on Saturday evening. This year’s festival will expand to include Friday night ticketed events and a potential Sunday brunch event.

“We’ve been really lucky in the past few years with grants and support from private, local companies, but the expansion will help build a revenue stream to support the festival in the future, so it can be here longer term,” says Rumble. “We will be adding ticketed events on the Friday evening that are a bit more exclusive and offer people an opportunity to support the festival.”

The festival will also see a few new venues this year.

“Kitchener Public Library Central Branch is planning to take part for the first time, bringing some programming to the table, and we are looking into how we can use the outside of the building as a canvas somehow. It’s really exciting to include the building in our landscape,” said Rumble.

“A lot of the motivation behind the festival was to highlight the cultural spaces just five minutes up Queen Street, so [KPL] adds another outpost to the landscape we are already working on.”

The Kitchener Studio Project space on 44 Gaukel will also join the festival scene.

This fall’s festival comes at a critical time for the region.

“With downtown under construction, people have a lot to complain about in the downtown experience and the landscape. The opportunity to treat it as more of an adventure and
as an exploration space seems more important,” says Rumble. “[NIGHT\SHIFT] allows us to explore the more interesting laneways and secret spaces that have a lot of potential. Just the act of having something there for a single night makes you rethink the way you view that space.”

NIGHT\SHIFT returns for its third year on Halloween weekend, Oct. 30 to Nov. 1.