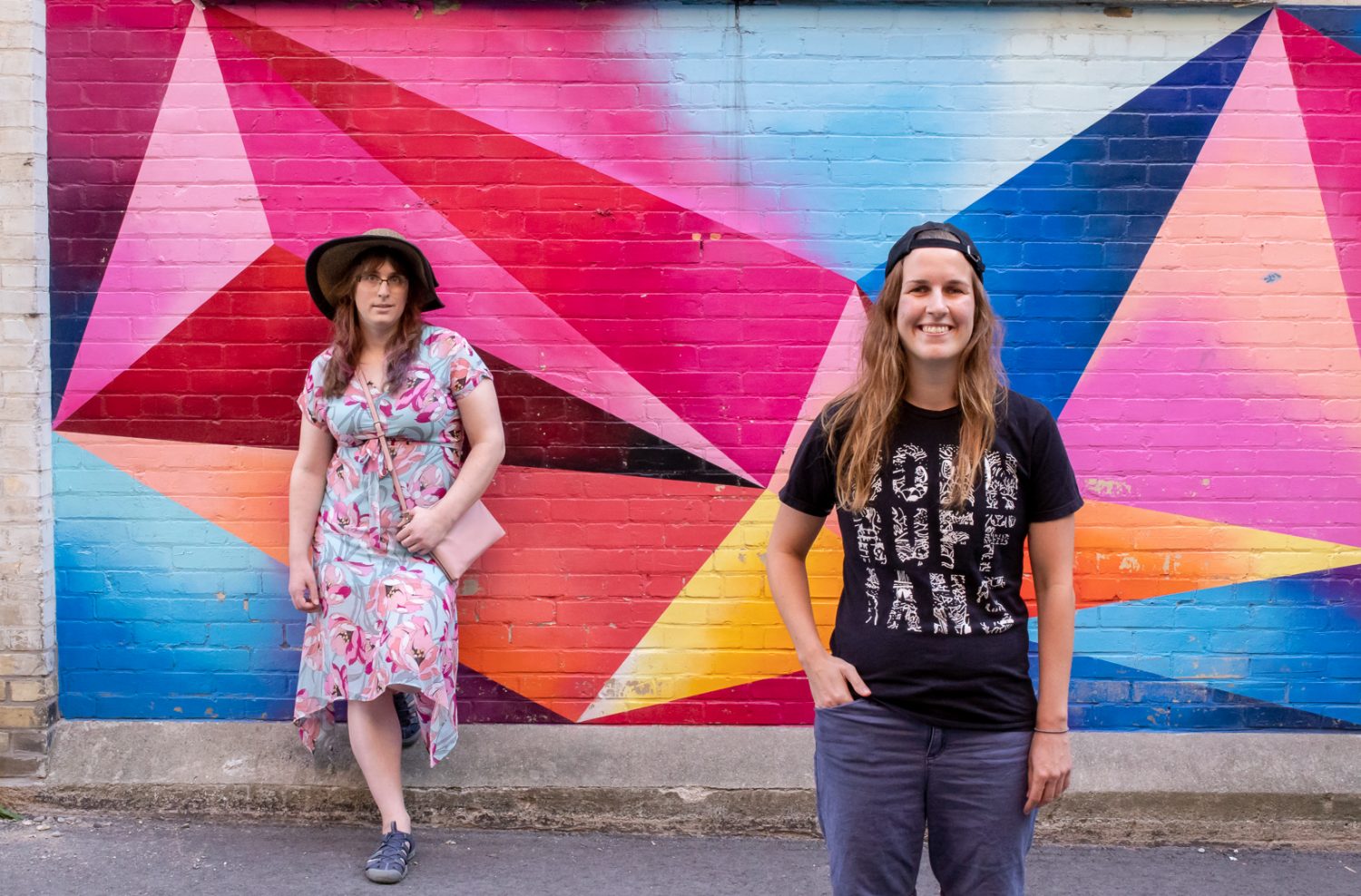 With a noticeable lack of LGBTQ+ spaces around Kitchener-Waterloo, a local group has started a new initiative to hopefully combat that problem.

Reba Joy first heard about the Dyke Bar Takeover concept on a podcast called Dyking Out. The group she learned about was stationed in New York City, and every month they partner with a different bar to provide a Queer space, while supporting a local LGBTQ+ charity.

“During [quarantine], I was especially craving Queer community, but also before that, just trying to find events in KW — there’s pockets of it, there are things available, but I just think we need more. Especially because there’s no set bars for it, no set spaces for these social gatherings,” Joy said.

Joy connected with the group in New York to learn more, and then brought her friend Maya Jones on board to help launch Dyke Bar Takeover KW.

Jones is involved with the Waterloo Region Rainbow Coalition, specifically their Queer Night Out Initiative. She hosts an annual Pride Dance, but always wanted to do more for the Queer community.

Waterloo Region doesn’t have any specific bars or nightlife spaces that are Queer focused. While there has been in the past, they never seem to last too long. There are recurring Queer events that happen around town, but nothing permanent.

“It’s a huge gap. Whenever people come to my dinners, the first thing they say is: we need more space,” Jones said.

Joy said that those recurring events often feel like they’re catered to a male audience.

“[At] our events, we really want to create a space for self-identified Queer womxn, Trans and Non-binary. We’re not going to turn anyone away at the door, just as long as they know this is a space that’s safe [for Queer people],” Joy said.

When public social gatherings become more of a common occurrence, Dyke Bar Takeover KW will begin partnering with local bars once a month to host events. The spaces must be accessible and inclusive to be considered. Each monthly event will support a locally run Queer charity and will involve Queer art in some way, whether that’s music, visual art, comedy, etc.

“Long term, how we want to combat the [lack of space] is to be consistently there. It’ll be once a month. People will know to expect it,” Joy said. She also added that she hopes Dyke Bar Takeover KW will shine some much needed light on the fact that KW does need a permanent Queer social space.

While launching something like this during a pandemic may seem contradictory, Joy and Jones are using this time to make connections with interested bars, hear from the community, connect with artists and grow their team, so when the time is right, they’re prepared to dive in. Since launching their Instagram on Aug. 7, they’ve had several folks reach out looking to get involved. The team has grown to five people and businesses have reached out asking how they can help support the initiative.

“There are some awesome Queer spaces in the Region, and they’re all really good, but they’re more for support. People also need to socialize and just have fun … and meet people, not in a support group setting,” Jones said.

While the group will use local bars as their hosts, these events are not focused around drinking and partying; the group hopes to also host dry events in efforts to include everyone. The goal for these events is also not to make money for themselves, but rather to raise money for local LGBTQ+ charities and offer Queer artists in the Region paid work opportunities.

“Having [Queer] space is not describable. When you’re there, you’re just so happy. I have friends who knew me before I came out, who came and volunteered at my Pride Dances and their reaction is always how happy they are to see me, as me,” Jones said.

“I want to make that something that I can give to everyone in our community because it’s so important to have that and I don’t want to be the only one happy — I want to make everyone happy.”

Dyke Bar Takeover KW is currently looking for general volunteers, in addition to graphic designers and copywriters as they prepare for their first virtual event this fall. You can connect with them on Instagram @dykebartakeoverkw.