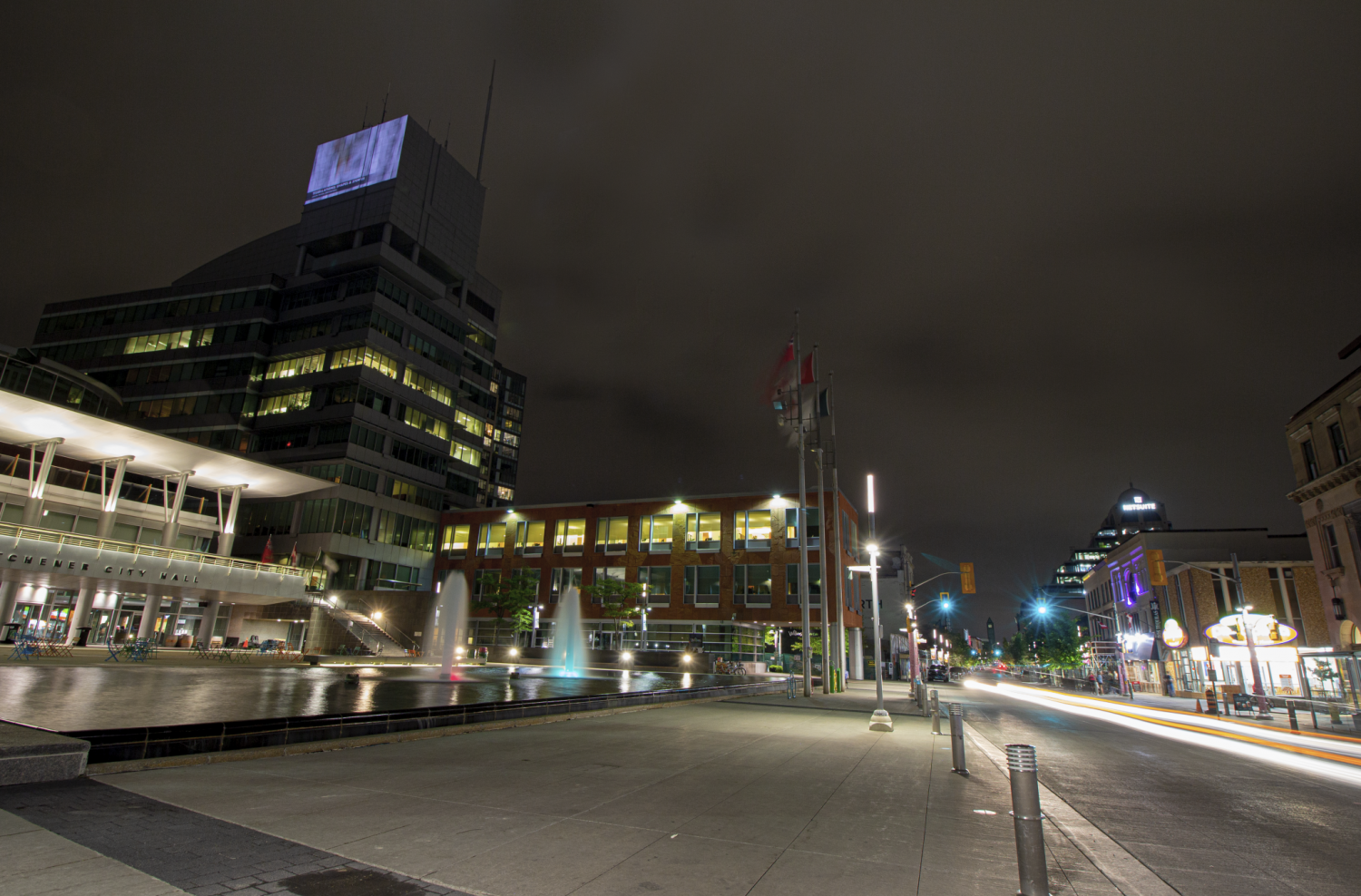 Sara’s not her real name, but Sara and her family didn’t want to use their real names. Why? “Because, what we do isn’t about us.”

The Jones* family have spent almost every Friday night since 2010 downtown Kitchener, at City Hall, giving out sandwiches, drinks, snacks and building relationships with other, less privileged, community members.

Some of them are running from warrants or finding illegal ways to meet their needs. Some live in precarious/dangerous situations, or in their own hard-fought apartments. Some of them live with developmental and cognitive challenges, with experience of unsupported mental health, abuse and exploitation. Some live with addictions, and with histories they can’t escape in an ER or an interaction with police.

“But they’re family,” Sara said. “Our family just looks different than others.”

When asked how long Sara and her family had been doing this, she sat back, and looked up to the ceiling of her kitchen to count.

“It feels like I’ve been doing this forever,” she said. “I worked in uptown Waterloo when I was 18, so yeah, it’s just something I’ve always done in one way or another.”

In 2010, Sara took over coordination of the Saturday Night Out of the Cold program at her church. This was a program running out of local churches to provide people experiencing homelessness, who weren’t able to access the local shelters, with a safe, warm and dry place to pass the night.

The Out of the Cold program faced the same challenge that every winter temporary shelter faces: how do you provide this essential service to someone who another shelter has deemed so dangerous, so challenging to support, that they turned them away?

“When the program ended in the spring,” Sara said, “we just missed them.”

So Friday nights started. Sara and Matt would do all of the shopping for what they needed, out of their own pocket, buying fresh vegetables and fruit from the farmers market, then going downtown to spend time with their growing group of friends. Over time, these friends became family. And the strength, safety, and love for these relationships inspired the Jones’ to take the next step.

The Jones’ continue to be supported in their efforts by their church, and use it’s dining hall. “There’s not enough space here,” Sara says in her own kitchen. “Because everyone comes. All of them. They look for each other and make sure everyone gets there.”

“We let them pick the menu,” added Matt. “During the holidays, everyone, all of the churches and community services are serving up turkey. People just get sick of it.”

He goes on to talk about how they’ve had hamburgers one year, lasagna another. But he also acknowledges that in the past few years they’ve noticed a change.

“These relationships are becoming so important,” Matt said. “More now than ever. Sometimes when we see them, that’s the last time we ever will.”

Because of fentanyl, their friends are dying.

“Two weeks ago, I was talking to someone. And now they’re gone,” Sara added.

“People fear what they don’t know. Whether it’s someone new, or someone different. The fear keeps people from getting to know each other, and understanding other people’s needs. That is why there has been so much hesitation surrounding the Consumption Treatment Site. People are afraid. But we need this.”

So I put the question to the Jones’ — a family that extends beyond blood and marriage lines, into their community — what do they think would encourage people to get past that fear, and offer their help?

“I think,” Matt answered, “that the most important thing, the best way to help, is to can the judgment.”

“And for people to get the fuck over themselves,” Sara added. She held up my cellphone to make a point.

“Do you think you could go a day without this?” she asked, waving my phone around in the air. “What makes you any different from someone addicted to substances?”

I thought about it for a moment — my cellphone, it costs me money, sleep, time. It can make it dangerous to cross streets, makes me feel physically different. It’s not the same as ingesting, smoking or injecting a substance, but it certainly counts as something I categorize as a need — more than I even need coffee in the morning.

“We need to stop looking at each other as different, or better than, or less than,” Sara said. “And just look at each other for who we are.”

Sara said that a lot of people are hesitant to give money to those in need because of the assumption that it will be used for drugs.

“If this person uses substances and is asking for money, giving them a sandwich isn’t going to help,” Sara continued, speaking to the reality of life with an addiction. Opiate and alcohol withdrawal, can, and does, result in death — even here in KW.

“At least by giving them a couple bucks, you’re giving them the opportunity to do it in a way that’s safer than the alternative,” Sara said.

“You need to let them determine their own needs,” Matt said, with a contemplative pause. “Pick a person. Just one person. Check in on that person, regularly. Get to know them, find out what that person thinks would help them, and see if it’s something you can do.”

And maybe, if we learn from the Jones’ story, you’ll meet a new friend.

*Names have been changed to protect the privacy of the parties involved.